Finding Meaning In Friendships That End 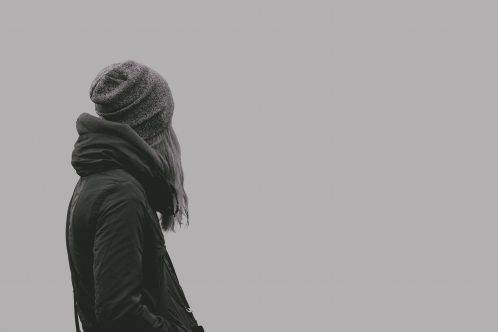 I remember the first Christmas break after my freshman year in college.

My high school friends and I had just seen each other at Thanksgiving. Everything had been fantastic — lots of reminiscing as well as catching up, laughing about someone sporting a new beard, or talk about who still had a crush on who.

By Christmas, something had changed. While friends had more time to be together, there was less to talk about. Just how many times could you tell the same funny story? A handful of us still felt close, but the vast majority? Not really.

Friendships. Some abide through thick and thin. You’re both honest, even if it stings. And you’re there for each other – no questions asked.

These kinds of friends are of unmeasurable value.

But other friendships don’t endure. Perhaps the friendship doesn’t survive losing the context of how it began. Maybe it dwindles because both of you change in some way and the “fit” no longer exists.. Or maybe one of you slams the door and walks out of the friendship, either in anger and hurt or, perhaps more jarringly, for no apparent reason at all.

Friendships that painfully end… My Other Ex

A few years ago I read a wonderful anthology about female friendships, My Other Ex: Women’s True Stories of Leaving and Losing Friends, compiled by Jessica Smock and Stephanie Sprenger. It features essays by women on both sides of the past relationship; those that had felt abandoned by a once-treasured friend, as well as the women who ended the friendships.

I was more than eager to read it. Because it had happened to me.

I had had a very good friend end our 35 year-old friendship. We’d laughed over the years that we’d be together in our rockers, me at 90 and her 91 (always an important detail…), cussing like sailors because we couldn’t hear each other. I have many wonderful memories of the years of friendship that I thought would last a lifetime. 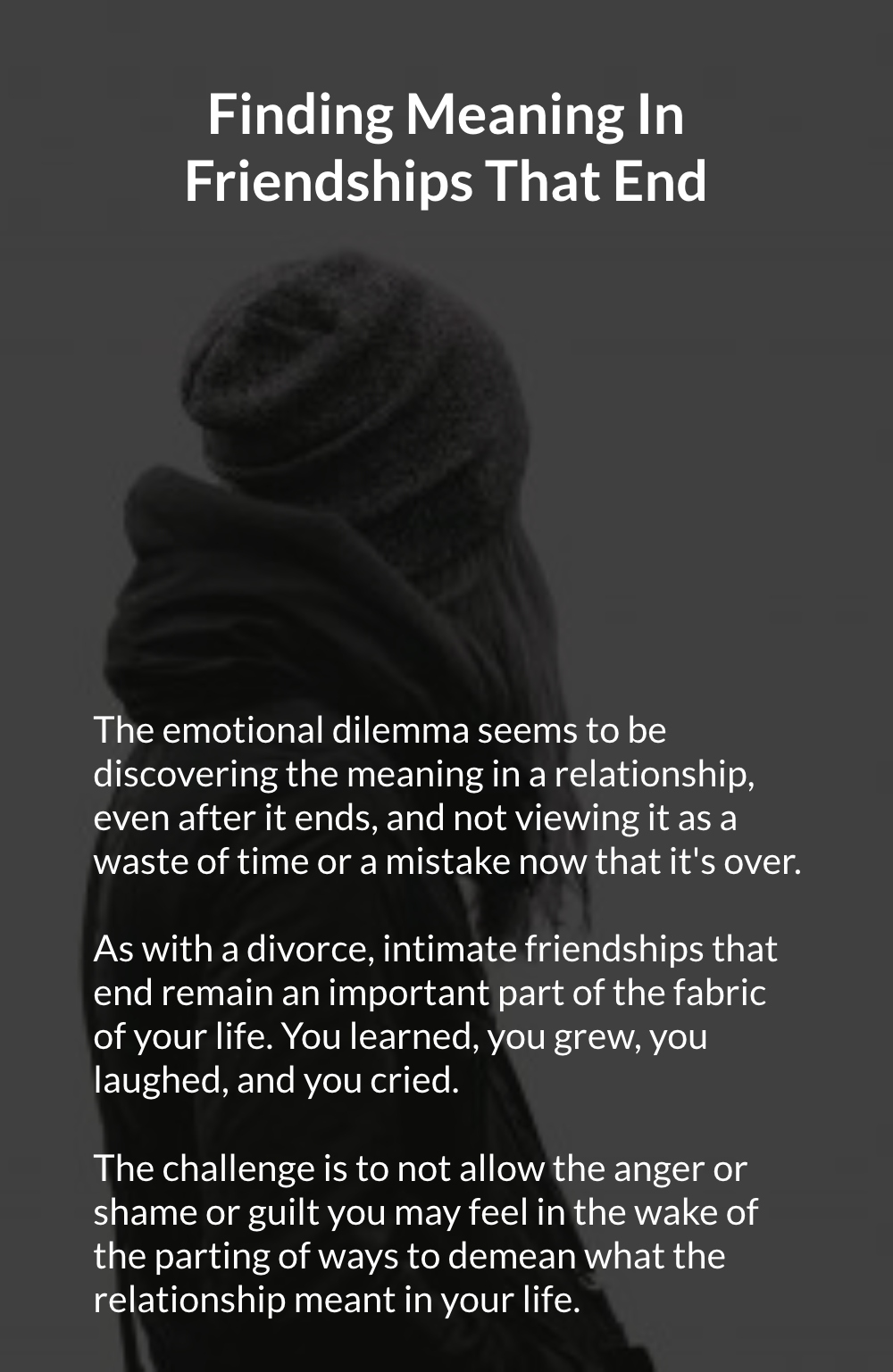 My kindred spirit opted out with no explanation other than, “I (meaning her) am a bad person.” She’s not a bad person so I, like many of the writers featured in the book, was left to sop up the remains of my heart. I brutally chided myself that I must have been a terrible friend. I obsessed over our past, trying to find the first sign of the end that was to come. Yet after a couple of embarrassingly out of control, angry and pleading phone calls, I emotionally divorced as well and stopped shaming myself for something that I couldn’t even define.

I spent some time wondering what other relationships might disappear; the “other shoe” seemed destined to drop. That was a waste of worry and time. Joyfully, I chose to deepen other friendships. And many now more than qualify for visions of their own rocking chairs.

I was intrigued to read what others had to say on the topic. What I found was more comprehension, more perspective of both my ex and me. It was a wise choice on the editors’ part to include stories on each side of the dynamic. You can feel the self-doubt and confusion of the one left behind as well as the regret of the one choosing to go. And you can begin to piece together what might have always existed in the friendship that could’ve predicted its demise. You can see where the love that was so bright at one time had simply weakened in its intensity… until it disappeared.

And so the end. Both of you need to move on.

The Meaning of Friendships that End…

The emotional dilemma seems to be discovering the meaning in a relationship, even after it ends, and not viewing it as a waste of time or a mistake now that it’s over. As with a divorce, intimate friendships that end remain an important part of the fabric of your life. You learned, you grew, you laughed, and you cried. The challenge is to not allow the anger or shame or guilt you may feel in the wake of the parting of ways to demean what the relationship meant in your life.

And as in divorce, you can likely find those who’d be willing to vilify your now ex-friend. That’s not a great idea. You can certainly be open to hearing what other trusted friends saw; perhaps they can shed some light on the situation. But your friendship had been important to you. So, recognizing and honoring its value seems much healthier.

It was intriguing to learn that many of the friendships described in the book were reconciled after the story was told. Perhaps that’s a statement about the idea that time can heal, or that misperception and misunderstanding can be resolved with responsible effort and sincerity.

Other friendships that have been lost won’t have that chance. They have to be grieved; their time has passed.

Whether you or the other did the letting go, you can go forward.