Why Women And Men Who Are Being Abused Don’t Leave. An Exercise for Understanding. 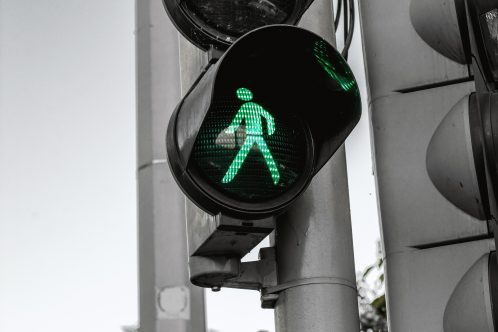 How did a jingle singer become a therapist?

It took me years.

I began by volunteering at the Battered Women’s Shelter in Dallas. I was singing jazz at the Fairmont Hotel bar; my night would end at 1:00 in the morning, and the shelter needed someone for the 2:00 – 6:00 am crisis intervention line on the Sunday morning shift.

I was awake, I had experienced abuse myself, I wanted to help others. So it seemed like a great fit.

It was then that I began a journey that would change my life forever; I ended not only manning the crisis line, but training other volunteers. Perhaps more importantly, I got to know the women who were staying at the shelter. And I discovered the depth of meaning in trying to help others.

What I learned from stories of abuse…

I learned that abuse is a complicated dynamic and one that is far from easy to confront. A victim has had years of being told you’re a screw-up. You’ve withstood both verbal, physical and sexual attacks, and been confused by the seeming sincerity of, “I’m sorry” and, “This time it’ll be different” that so often would follow. You’ve felt guilty for not leaving the first time the abuse happened — when you decided to believe those words. You may even hate yourself for continuing to believe them the second, then the third time…for not recognizing that a pattern developed. And thus, you’ve felt just as responsible as your attacker, and that very shame is paralyzing.

But it was each woman’s story that made those reasons real.

I watched, somewhat helplessly, as one smart, insightful young girl went back to her husband, children in tow. This man had thrown her out of a pickup truck, going full speed down the highway, breaking her leg in several places. I listened, while men screamed over the phone, “Quit protecting that whore of a wife and tell me where the damn shelter is. I’m coming to get her.” That wife would stay a few days, get a sweet call from the same man, and return home. I heard the shelter director talk to countless women who were going back about how to protect themselves from the worst of what could happen to them.

Others swore that this was it, that they would never go back.

Since then, I’ve worked with other women who’ve been screamed at and belittled, knocked around, pushed, shoved, slapped, punched, had bones and hearts broken, or raped. They quietly go about getting things in order. They develop an exit plan. And they leave. (Click here for more information on exit plans.)

I have also worked with men whose partners have spit out terribly cruel words, violently raged against them physically, destroyed meaningful things, lied to police about being the victims themselves, even falsely hurled accusations of child molestation. They may end in a similar emotional place, that after years of this abuse, they’ve had it. And they leave.

It seems like common sense. You’re getting hurt. You must leave. But it’s not that simple.

An exercise to help your own understanding…

Eventually, I began training volunteers. And I want to share the exercise that I and other trainers led them through so that they could get a small taste of the fear, poignancy and complexity of the choice to leave. 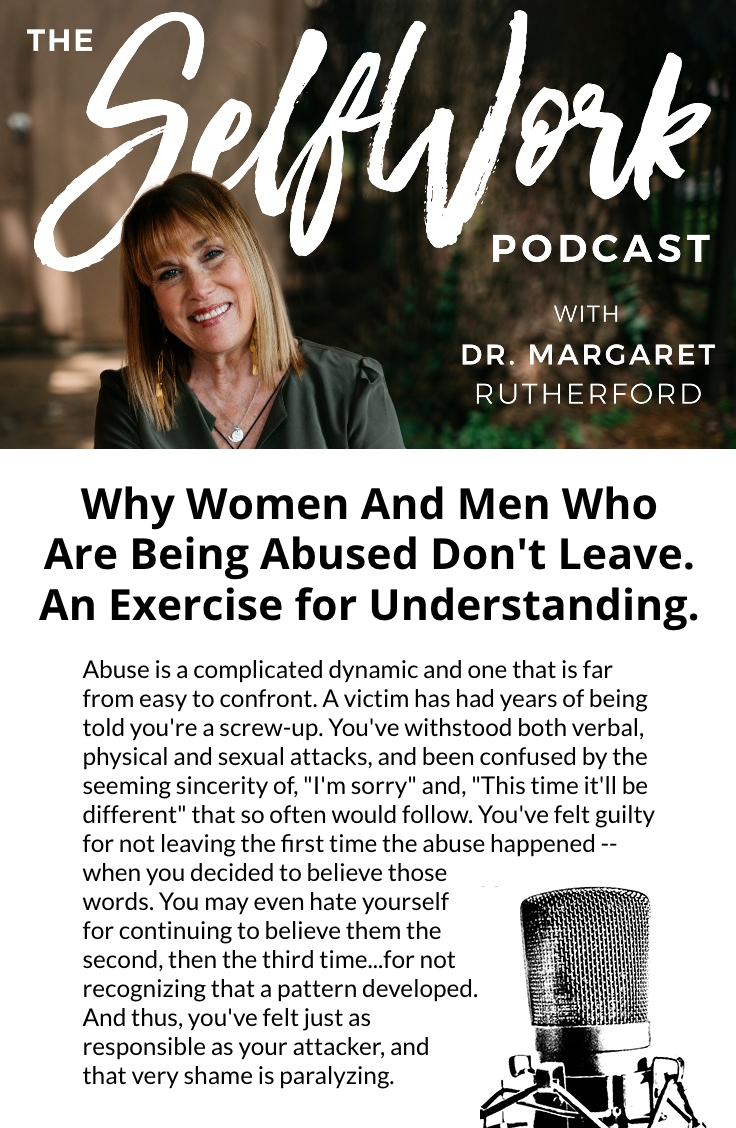 (It might be interesting for you to actually try the exercise while reading, no matter what your current or past relationships have looked like.)

And we would wait a few minutes.

“Now, imagine that you are on a boat, with all the other people sitting in this room. You’ve been told it’s a safe boat, and you’re traveling a long way. So you have three pieces of luggage with you – symbolized by those three pieces of paper in your hands.”

“But the boat is in trouble. It’s too heavy. Not everyone will survive – unless you throw one piece of luggage overboard.”

Some people would gasp. Some might smile a little nervously.

“So please fold up one piece of paper, and throw it away.”

Different things might happen. Sometimes all would be able to throw at least one piece away. Sometimes, someone would refuse.

“Remember, you’ll be responsible for all these people losing their life – if you don’t throw a piece of luggage overboard.”

When we repeated the same instructions – but for the second piece of luggage – there was usually out and out mutiny.

And this was a conceptual guided visualization. Not real life.

The complex questions involved in leaving…

So if you’re the victim, you can fear that you’ll lose things that are very dear to you, and for what? Will your life really be better? Or worse? Emotions can run extremely deep as you consider how or when.

If you leave, you’ll feel responsible for everyone’s life changing, even the life of your perpetrator, whom you may often still love. You know that the abuser may escalate if you leave, and become more violent toward you or toward themselves. You may have acted as a protector or a buffer for the children. What’s going to happen if a divorce occurs, and you aren’t there to protect the kids when they are spending time with the abuser?

Some of you may be in emotionally or physically abusive relationships. If you are, please consider that there’s another way to live.

It’s far, far from easy, but it is possible. And when you get there, you’ll see just how big your world can really be.

Domestic violence shelters usually run groups that are open to the public. Find out the number for the shelter in your area. Call and attend a group. If you can’t do that, call the local abuse hotline or the National Abuse Hotline, 1-800-799-SAFE.

There are many good books on these topics. Here are a couple. For women click here. For men: click here.