Stop The Stigma: “Bipolar” Is Not A Word For Just Darn Unpleasant 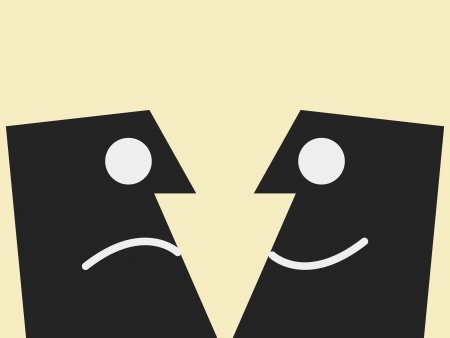 You hear it everywhere.  “Oh, she’s so bipolar“.

It’s the diagnosis of the decade.  At least in the general public.

It didn’t start with Catherine Zeta-Jones treatment and its publicity, but it has certainly picked up speed since then.   Tiger Woods was treated for sexual addiction.  You don’t hear people pointing their fingers at others,saying,  “Oh, he’s such a sex addict”.

Here are some statistics.  The National Institute of Mental Health (2005) reports that the prevalence of Bipolar Disorder is 2.6% of the US population.  It is interesting and unhappy to note their report that only about half of those with Bipolar Disorder are getting good treatment.  Another scholarly report (2007) breaks down the two major diagnostic categories of Bipolar, I and II, and reports their prevalence, respectively, as 1% and 1.1%, with what they term “sub threshold” Bipolar II at 2.4%.  A study in 2011 showed it to be higher, 4.4%.  Probably depends if you are adding all of these up or not.

What do these stats mean?  That probably around 4% of the people that you have met in your entire life have had Bipolar Disorder.  It does run in families (meaning that it has a high genetic load) so some of you may have had more experience with people with the disorder than others.  Some, none at all.

Your irritating mother-in-law?   She may just be irritating.

The mood swings associated with severe Bipolar Disorder cause significant impairment in a person’s daily life.  Significant impairment.  That means the person could be doing vastly peculiar things; spend thousands of dollars that she doesn’t have, scrub tubs with toothbrushes at 3:00 am, go home after work and crawl in bed to escape from his despair, only to get up again in the morning  – “seeming fine”.

A person with any form of this disorder has to learn to live with it and manage it.  The medications have negative side effects; not all medications are effective for everyone.  And there’s no cure.

To make matters worse, now the term “bipolar” is being used as slang.  To describe folks that wear their feelings on their sleeves. May be overly reactive, quite moody, or selfish and demanding.  And then pout a lot.

I have a reaction to this.  People with mental health issues have enough stigma to deal with.  Just because they have a mental condition.  Not that I think that is right.

It isn’t.  It’s quite ignorant.

So let’s not throw them under the bus further by calling everybody we don’t like very much – or are hard to get along with – “bipolar”.

Please send this on if you enjoyed! .  Especially if you know of someone who has experienced mental health issues.  Whether it be Bipolar Disorder, Anxiety or Panic, Depression.  It’s important that those trying to heal and live their lives know they have our support!

Happy Veterans Day as well!  If you have the day off, hope you enjoy it!  A sincere thank you to all the Veterans who have sacrificed physically, emotionally and so often, mentally as well.