When A Parent’s Unconditional Love Is Worn Away 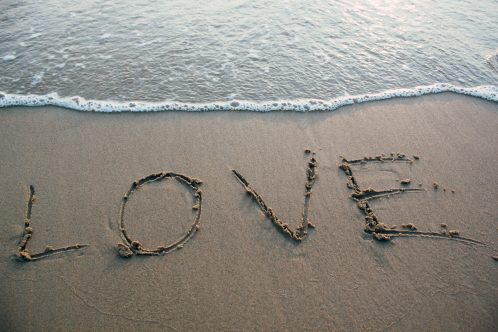 Whenever I hear the term “unconditional love,” I think of the first moment I saw my infant child.

That’s probably the purest love I’ve ever felt, or ever will feel. All he’d done so far was breathe and cry, and I loved him.

Yet unconditional parental love can be used up, worn away, and virtually destroyed.

Some of the most difficult moments I’ve witnessed as a therapist (other than the death of a child) is watching a parent agonize over their now adult child’s destructiveness and emotional manipulation. There have been years of lying (by commission or omission), stealing, drug or prescription medication abuse, disappearances and reappearances, emotional manipulation, multiple jobs, and chronic chaos — maybe even continual suicidal threats. To say these “children” haven’t successfully launched is an understatement. They seem stuck and have spent years of making a mess out of their lives and frequently blame others, especially parents, for their plight. Even if this is due to a severe mental illness which is of course no fault of the child, the parents can experience trauma of their own due to their child’s resulting behaviors.

Certainly, there are many parents who do a poor job of providing even basic safety and security. A child can feel besieged by the instability and emotional onslaught of a parent as well. It can take years for that child to understand that their parent isn’t stable or it wasn’t their “fault’ that their mother or father wasn’t, and probably still isn’t, there for them. That reality can make a child’s path to adulthood very difficult, and can leave emotional wounds that can only be healed with awareness, compassion and time.

When parents are good enough but children still struggle…

Parents may have actually been decent, “good enough” parents. They didn’t expect too much or too little, they focused on letting their children be children. They were understanding and handled parenting with maturity, provided safety, and worked together. Sure, they made mistakes. But the mistakes were normal and unintentional.

Yet children can still develop emotional and mental problems. They may have a diagnosable severe mental illness which creates deep despondency and/or chaotic highs, but refuse treatment. Drugs may be altering their personality, as patterns of thinking and behavior may be distorted and dysfunctional, and emotions and impulses may ravage through and control them, as can be found within a personality disorder.

Parents are left to fight through the questions and find their own answers. The guilt can feel immense, “What did we miss? What did I, or we, do or not do?” To go from watching a toddler take his first steps to overhearing him make a drug deal or vehemently claim that one more supervisor was after him is a long, extremely painful journey.

A necessary detachment occurs — not abandonment but detachment…

A sense of detachment can begin to happen, as continuing to unconditionally love that child will only end in sabotaging what’s left of their own lives, and the lives of their other sons and daughters, grandparents and other family members.

It’s a kind of emotional death. The death of dreams, of hope, and of trust.

A parent can still love, and not abandon. But that caring becomes cautious. You realize your child is miserable; they aren’t a firefighter or veterinarian or parent as they dreamt of being in childhood. Instead they hop from job to job or prostitute themselves for drugs. You’ve done your best to help stop their self-destructive behavior, but they don’t have the belief or the readiness to risk choosing another way of being.

The need to set boundaries…

So parents are left to set boundaries. Changing the locks on your doors to keep your twenty-eight year-old from stealing. No longer inviting your thirty-two year-old  home for holidays because of their rage outbursts. Cutting off financial support from your forty year-old, hoping they get arrested so at least you know they’re safe. These boundaries can break your heart — but your head knows they’re all that’s left to do. And then you hope. And pray.

When you don’t agree on what to do… 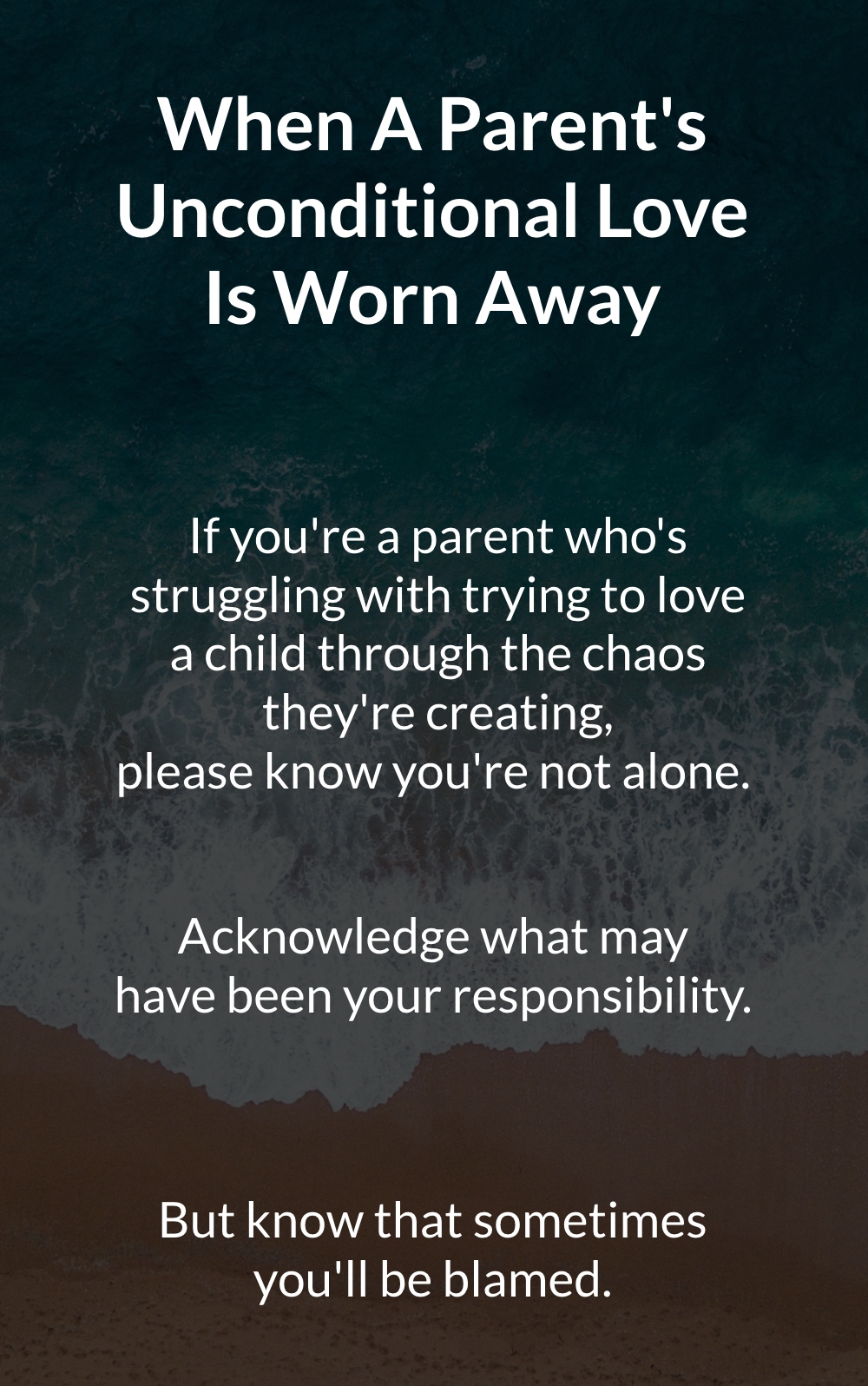 A couple comes immediately to mind. His 25 year-old daughter had a severe alcohol problem, and would call at all hours of the night — or leave suicidal messages and then not pick up the phone. He’d rush over to find her passed out in the bathtub or on the floor.

His wife, the stepmother, had had enough after years of this pattern.”You have to stop. She has to confront this in herself. As long as she knows you’ll save her, she won’t fix it herself.”

Then I saw him raise his head, with tears in his eyes. ” I know, but what if this is the time I don’t go and she actually dies? I could never forgive myself.”

The room got very still as both looked at me for an answer. But there wasn’t a right or a wrong answer. Both choices held their own fear.

The happy part of this story is that their daughter did recover. Mostly on her own, but with both parents supporting and encouraging her.

If you’re a parent who’s struggling with trying to love a child through the chaos they’re creating, please know you’re not alone. Acknowledge what may have been your responsibility. But know that sometimes you’ll be blamed.