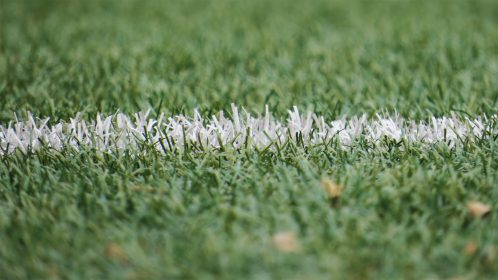 This post is from a few years ago but it’s as true now as ever. Michael Phelps’ new film Weight of Gold is a frightening reminder of how depression, loss of identity and suicidality affects past Olympians.  And here’s a short 5-minute podcast  I did two weeks ago on his story as well as other athletes who’ve considered or tried suicide. Tragically, some are dying before they find their answers.

Sometimes there’s a young voice that finds their courage and tells their truth.

Isaiah Wilkins is one of those voices. He’s a young college athlete from Virginia, a star defensive basketball player who struggles with depression. And he’s talking about it; not to receive accolades, ot to prove how strong or resilient he is, but because he wants the prejudice against mental illness to stop. He knows he’s seen as a rock star player, and he’s someone with depression. He wants the world to know that those two things can coexist; this mission supersedes his desire or need for privacy. Wilkins sees it as an opportunity to teach, to demonstrate to others, and especially to men, that revealing struggles and talking about yourself honestly can help in the battle with your own inner demons.

It’s a challenge to the stereotype of an “athlete,” especially an elite athlete, who’s not supposed to admit pain of any kind but rather is expected to be a role model of strength, perseverance, and performance. But for some athletes, the mental challenges are not all about the game.

What I’ve found fascinating is that his isn’t a story of an amazing struggle with depression that he wins hands down. He’s quite open that he’s still dealing, every week, maybe every day, with times of not wanting to get out of bed. The fact that his depression isn’t stopping him from being a successful player makes his story all the more powerful.

And that’s a vital message from which we can all learn.

I, like many others, have only recently read about him. He’s in good but sparse company. Jay Guillermo of the Clemson Tigers and Victoria Garrick of USC Volleyball are two college athletes that both have spoken of their own depression and anxiety — what Ms. Garrick calls the ‘hidden opponent,” and the pressures of being an athlete. In the recent bestseller, “What Made Maddy Run,” author Kate Fagan tries to help us understand a world where a beautiful, seemingly happy and successful Madison Holleran, an outstanding track star at Penn State, would jump off a building, tragically killing herself instantly.

What’s happening in locker rooms in east Kentucky, northern Florida, southern Illinois or coastal Washington? What message is getting through? What’s really being said to players or between one another? How many attitudes are actually changing?

Jack Salt, a team member of Wilkins, was quoted in this excellent ESPN article;

“There’s definitely a bad stigma that’s associated specifically with male sports, but your mind is so important in athletics. You can be the most talented athlete, but if you don’t have a good head set, you’re not going to get anywhere,” Salt said. “For him (Wilkins) and me, we just talk, say what’s on our mind, and I think that helps the team. If you go a little further than just talking about physical aspects of the game and go into mental things of how you’re feeling — some people think that’s stupid and that’s the stereotype that’s out there, but hopefully that will be gone soon and people will continue to open up and be real with each other.”

Sports teams, coaches and trainers have been trying to wrap around medical issues with players. For example, concussion protocols are being used to try to prevent chances of CTE. I talked with a local mother and advocate, Rhonda Roseland Fincher, whose son died from the complications of heat stroke from a football practice in August of 1995, here in Arkansas. She began the Kendrick Fincher Hydration For Life Foundation, trying to educate coaches and parents about the need to stay hydrated. I asked her what kind of barriers she’d had to address.

“After Kendrick died from heat stroke we began educating coaches, parents and athletes on proper hydration and heat illness prevention. Initially, there was hesitation from the coaches that we were working against them rather than with them. Once the coaches understood that we were educating to help keep athletes safe and also perform better, they embraced our educational programs. Now, sometimes our biggest challenges are parents that won’t speak up for fear their child will be treated differently if they complain, or youth that don’t want to appear weak from taking a water break. So, the process is continual through educating the parents, coaches and athletes to be sure they all understand the importance of proper hydration and work as a team to prevent heat illness.”

If that “weakness” is feared by parents and kids for a medical problem, I can only imagine how difficult it’s going to be to alter attitudes toward depression or anxiety.

I love most types of sports; I hope coaches, parents and players are listening, but I know changing the culture around elite athleticism will be very difficult.

It has to start with each one of us.

Fighting stigma happens one person at a time.

Many different kind of people come into my clinic for therapy. They come from all walks of life, have greatly varied professions and life stories, and have substantially different political or spiritual beliefs.

There are some, in fact quite a few, who’ve never darkened the door of a therapist before. Their trust level can be pretty low. They’re not accustomed to talking about depression, troubles in their relationships, panic attacks or whatever it is that has brought them in. They may not even be sure they “believe” me, when we begin talking about what’s happened to them, or how mental struggles might be a part of their genetic makeup.

Every time one of those people, man or woman, young or old, athlete or artist, begins to open up, begins to allow themselves to recognize and feel something that has been denied from their past or ignored in their present, and starts the slow but sure journey toward self-acceptance, my heart sings.

I feel hope. In the fight against stigma, change is happening one person at a time.

When one person seeks treatment and finds healing. That person has a son or a daughter, grandchildren, friends. And maybe, just maybe, that one person will tell the people that they love and care about that it’s not weak to accept all of you who are. Only then can you address what the real problem is.

Not only can that openness be life-changing for them, it can move our entire culture forward.

Challenging stigma — one win at a time.