What Pushes Your Buttons? How To Manage Your Insecurity 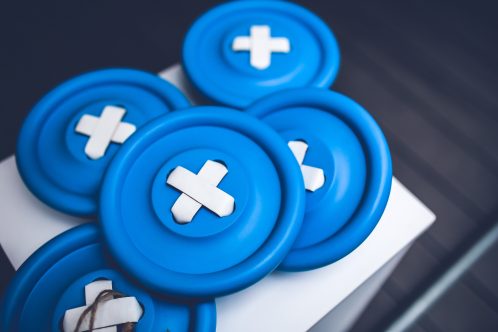 From the first to about the eighth grade, while the other kids were socializing at lunch, my mom picked me up so I could go home and rest. I had a neurological problem that made it dangerous for me to be too physically active or get too hot,

I hated it. Walking back onto campus was awful; I fought tremendous feelings of insecurity as I rejoined whatever was going on.  In elementary school, I’d be tagged “IT” as soon as I reached the playground, or told I had “cooties” whatever those were.  Everyone but me (it seemed) thought it was hilarious. By the time I reached junior high, girls would be huddled together, giggling about something that probably had nothing to do with me. But my 13-year-old brain screamed that it did. I grew hyper sensitive to whether or not I was accepted, and so I did stupid stuff to call attention to myself.

Insecurity lives underneath a lot of rocks..

You name it. Insecurity can be found under a lot of rocks.

Often, those early feelings seep into your consciousness so that long after you think you’ve left them behind, they can still manage to influence your thoughts and feelings. How do you know if this is happening?  There’s a sure-fire way to tell..

How to tell if past insecurities or hurts are governing your reactions..

The clue is when you overreact or under-react; put another way, when your buttons get pushed. You’re not responding to what’s actually happening in the present, you’re reacting, A deep-seated part of you, that uncertain or fearful child, is being triggered. And your response is changed because of that hurt.

Here’s an example. You see on Instagram that friends got together and you, obviously, weren’t invited. If you immediately become angry, or obsess about why no one texted you, jump to the conclusion that somehow you’ve done something wrong, the intensity of your reaction is the telling clue.. You’re overreacting.

Or let’s say your new boyfriend gets really mad at you for not checking in with him one night, tells you you must not care or that you’re selfish and threatens to break up with you, what do you do? Your gut knows he’s out of line, yet you say nothing. Instead you shove your own feelings under the rug. What button is being pushed? Your mom always yelled at you; your answer was to go to your room and avoid her wrath. So now, you’re repeating that – and you’re under-reacting.

In both instances, you’re not interpreting things  with your more mature self. Instead the little child in you that dealt with schoolyard bullies or angry parents is governing you. You’re responding not to the situation at hand, but to times when no one sat by you in the cafeteria, when what you had to wear was dirty or torn, when some boy or girl told you to take a hike, when you didn’t catch a pass or make a goal, or when a parent mocked you or called you worthless. 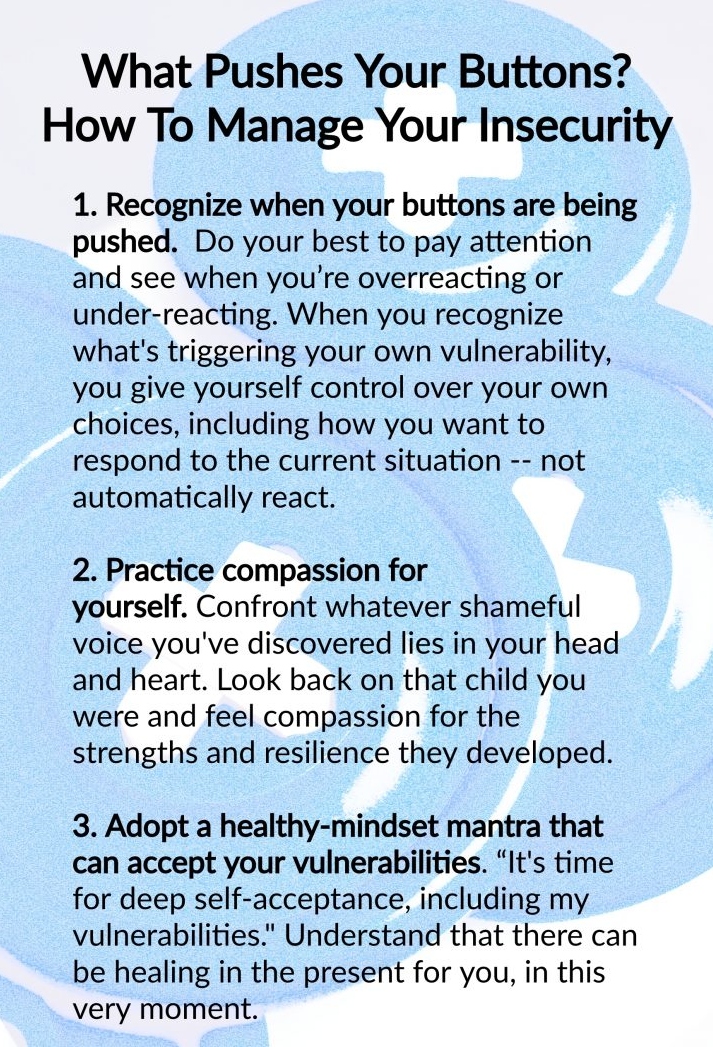 Three steps to keep your past in the past..

Your childhood doesn’t have to define you any more.

You can define you.