What Is The Risk Of Bitterness? 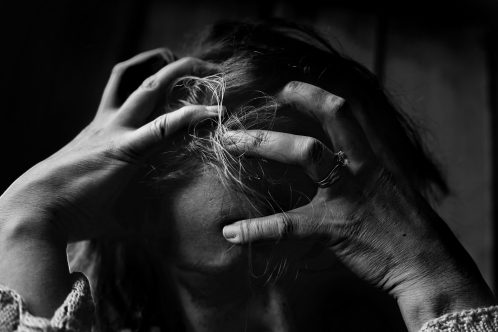 “You can’t trust any woman. They will just play you.”

“Men are dogs. Or narcissists. Or both.”

Bitterness like this sometimes catches those who hear it with surprise. I’m likely to assume one thing. Whoever says it has been hurt.

Perhaps they have been manipulated. Or lied to. Or even abused. Perhaps it’s happened over and over again — it’s been their reality. The damage can be deep, and can cause understandable pain.

Yet instead of trying to figure out what their own role has been in being attracted to people who are manipulative or abusive, or why they stayed in a relationship for years where they were being hurt or building resentment, they stay angry.

And they can erect a sizable barrier to being hurt again, and vocalize contempt for an entire gender.

They’ll look for others who’ll support their opinion, others who either have been taught that their own sex is superior to the other, or who are lashing out themselves, as a channel for their own pain.

In psychology, this type of thinking is described as due to mental errors, or distortions in thinking that can lead a person in an unhealthy, even dangerous direction. And we can all be heavily influenced by the pressure to conform.— to go along with the crowd. You can hear angry, contemptuous words come out of someone’s mouth, and instead of speaking your own truth, you can feel paralyzed by the intensity of that bitterness.

I was working out a few years ago with a group of women. We were laughing about harmless things in our relationships — stuff women talk about. The bar started to be raised — comments were becoming more sarcastic, more pointed. Then suddenly, one very cynically asked, “Is anyone in this room actually happily married?” 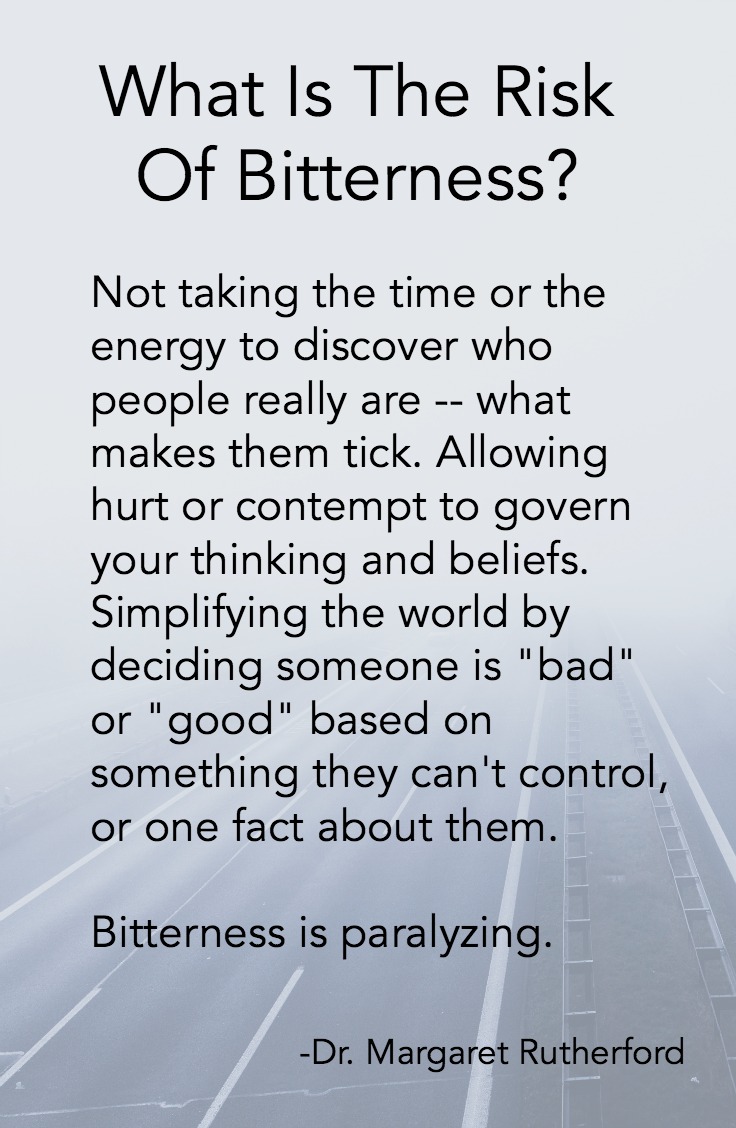 The words, “I am,” emerged a little hesitatingly out of my mouth. The room got quiet. The subject was changed. I felt as if I’d abandoned the troops. I’d become the traitor — by simply revealing my marriage was pretty good. Not perfect. But good.

There’s that pressure — to not say your own truth, but to conform.

I’m all for talking about problems. I’m a therapist for heaven’s sake. But not in a way that breeds contempt. That won’t help anything.

Guys do the same thing. They get together, and talk about never being able to please their wife, how she nags, how she’s constantly complaining.

I remember times when I was younger, and chose to say nothing, when my better self knew better.

Gender bashing is only form of contempt in our society — only one way bitterness can lead to hate.

Perhaps hate simplifies the world for some people. Putting a label on a gender, a race, a belief, a creed or an entire nation makes your world black and white — who’s wrong and who’s right seems evident.

Black and white thinking eliminates doubt, questioning, ambiguity, and uncertainty. Believing your perspective is truth stops discussion, and is a barrier to empathy and understanding.

Think for a minute how you might describe yourself. What are the facts about you that anyone could see or find out?

I’ll use myself as an example.

I am a short, white woman in her early sixties who grew up in southern Arkansas. I’ve been married three times, am a mother of one, and work as a psychologist.

If someone wanted to have contempt for me, there’s plenty of ammunition there. All kinds of assumptions could be made by people who don’t even know me.  And I haven’t touched on my spiritual beliefs, my political views or whether I watch Jimmy Kimmel or Jimmy Fallon.

Someone, if they so chose, could rush to judgment about me. Or about you.

I worked with a very tall, very dark-skinned African-American man years ago. He came in for several reasons, mostly struggles with self-sabotage and self-esteem. He was creative, funny. When he laughed, it was hugely contagious and he was well-loved by those who knew him.

He looked at me one day, and said, “I’m so tired of the look I see in women’s eyes when I’m walking along the street at night. They don’t see me. They see a big black guy. And they’re immediately frightened.”

I’ve never forgotten the look that was in his own eyes. Hurt. Confusion. But not bitterness.

That’s a choice he told me he consciously made.

Labels. Assumptions. Not taking the time or the energy to discover who people really are — what makes them tick. Allowing hurt or contempt to govern your thinking and beliefs. Simplifying the world by deciding someone is “bad” or “good” based on something they can’t control, or one fact about them.

It can keep you bitter.

I saw on the news the other day a story about a bicyclist who’d been hit by a truck, and was initially paralyzed. Months later he, his orthopedic surgeon, and the driver of the truck finished a half-marathon together.

His ability to move his legs was one miracle.

His decision to forgive the driver, and even befriend him, seems like another.

“I knew if I didn’t, the resentment would eat me alive.”

We can all learn from that bicyclist. We can all remember that one fact doesn’t make someone an enemy.

And bitterness is far more paralyzing than you think.