What Do I Do If Someone I Love Commits Suicide? 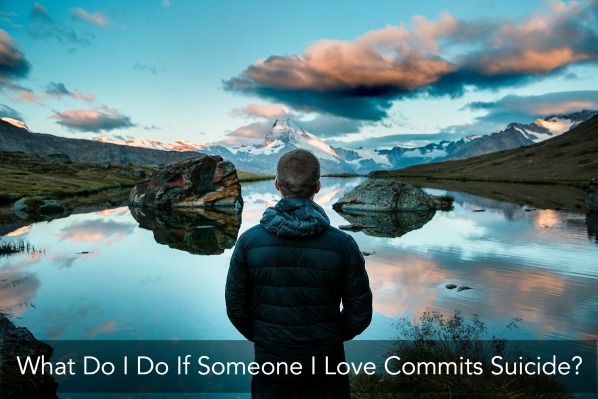 Someone you love chose to end their life.

Maybe they left you a note, maybe they didn’t. Maybe you knew they were in agony, struggling with inner demons or with harsh realities of severe physical or mental illness. Maybe you didn’t.

You don’t want to hate them. You love them. You may hate what they did, or wish there had been another way.

If you found them, you have to deal with the memory. You can have nightmares or flashbacks.

Even people whose loved ones die unexpectedly have to deal with anger.

If they were very ill, there can be a relief that your loved one’s struggle with whatever was plaguing them is over. The relief is for them, not for you.

You still have to put one foot in front of the other. You have to learn to live without them.

A common feeling is, “Was I not important enough to them?” “Did they not feel that we could face things together?” “Could I have done anything else?”

It’s vital to work through those feelings – to fully answer those questions.

You were important. You could not have done anything else. He or she could not face whatever it was – not anymore.

They did not tell you. If they had, you would have done everything you could to stop it – to help them.

They kept it secret.

If you have children, and your spouse kills themselves, the helplessness you feel is potent. You don’t know how they are going to understand. You will watch them over years, coping with the reality that life was too hard for their dad or mom. Were they not important enough for the parent to keep living?             They will wonder about themselves. It makes the potential of intentionally ending life much more real.

So what do you do?

The answer is certainly not simple. 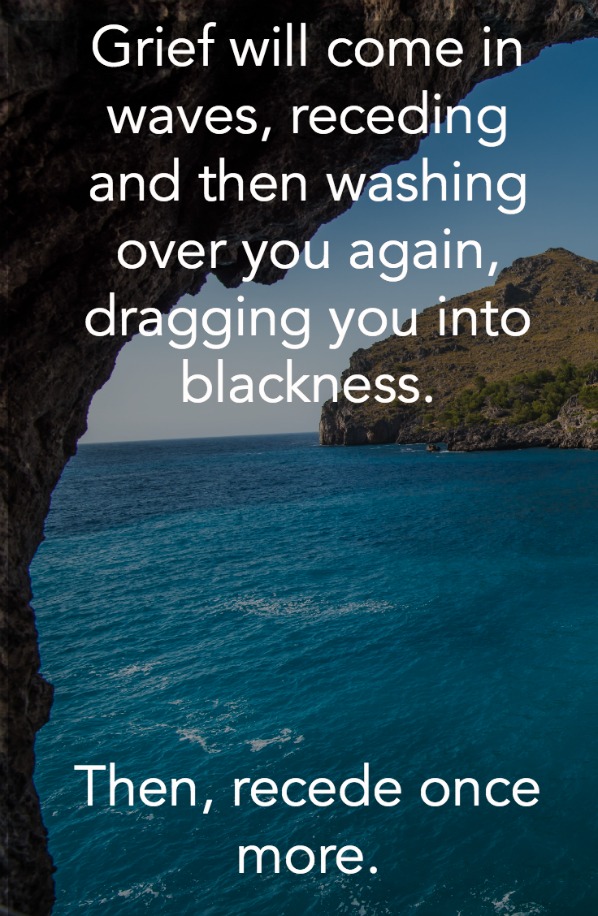 Dr. Alex Lickerman gives us reasons why people commit suicide.  In this interesting article, he cites six reasons for suicide: depression, psychosis (hearing voices that tell you to kill yourself), crying for help, impulsivity, a philosophic decision to die, and making a “mistake”, such as not realizing what taking a bottle of Tylenol will do to your body. I would add to his list, that there are secrets that might have been kept. Maybe those secrets have come to light, as has been the case with suicides from the Ashley Madison list, or they have become too hard to bear, as in sexual addictions or financial fraud.

Compassion for the reason, even though the choice has changed your life unalterably, is where I have watched people travel in their hearts.  You try to accept what their inner world was whispering to them – or maybe screaming at them.

It takes time to grieve. It’s one minute rolling into the next. Getting through one more day. Grief will come in waves, receding and then washing over you again, dragging you into blackness. Then, recede once more.

You will have mixed emotions. Fear. Anger. Despair. Bewilderment. All are normal.

You can get stuck in one of those emotions, however. That’s when you might need help.

I have written about losing patients to suicide. I lost a friend in high school as well. I have had the honor of working with many who are trudging their way through the deep ache left behind.

A patient eloquently described feelings after her sister’s suicide. “I always knew my sister and I were holding a rope. I would tug. She would tug back. We could get through anything. It’s like she dropped her end. Now I tug on it and no one is there. I don’t know how to go on living. Do I keep holding my end? Do I drop it? Do I put it away?”

Answers that come with time.

Note: If you have thoughts of hurting or killing yourself, or know someone who does, please don’t discount them. There are many people who never have those thoughts.

Tell someone who will listen and help – your doctor, your pastor, a therapist, your partner or a friend. There are crisis hotlines all over our country, community mental health clinics whose job it is to respond to emergencies, and free health clinics available for those in need.

SUBSCRIBE to my website and receive a free eBook, “Seven Commandments Of Good Therapy,” a basic guide to evaluating a potential or current therapist. You will also receive my weekly posts via email. You can contact me directly: askdrmargaret@146.66.99.73.