What Are We Teaching Our Children About Vulnerability? 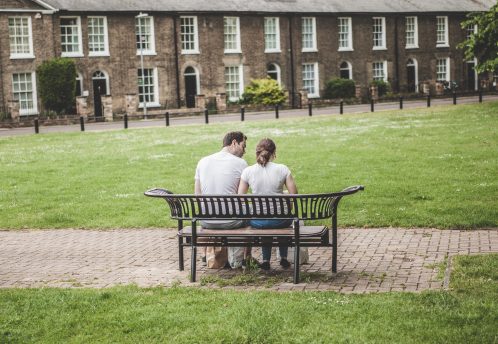 I’d like to talk about something that may be hard. I want to talk about depression — and what we may be teaching our children about revealing vulnerability.

Or not teaching them.

Unless you’re one of the ones struggling with difficult feelings — maybe even depression.

There are many current studies highlighting an international rise of depression and suicide. It’s growing to be a rampant issue — one that is more and more likely to affect your life, or the lives of those you love. Wherever you live. At whatever age you are. Whether or not it’s because of the well-documented rise of depression with increased social media involvement in younger people. whether it’s because symptoms are actually being recognized as what they really are, or better documentation, depression should be grabbing our attention as a culture, and as a world.

I”ve been writing for a few years about a different version of depression, one that won’t likely be included in these studies — one where people wouldn’t admit symptoms of depression. Symptoms such as depressed mood, not enjoying things that you’ve previously enjoyed, foggy thinking, a tendency to isolate, sleep and appetite changes, maybe even a sense of hopelessness or helplessness — symptoms of classic depression — might not be present. or if they are, they aren’t revealed. Ever.

In fact, people with PHD look engaged, happy, productive. They’re often the people others look up to — “I want to be like them. They’ve got a great marriage, a wonderful career.”

As we age, these folks are the people who appear to have exciting lives, whether or not they’re retiring or staying in the work world. They’re busy, busy, busy. One could even write a midlife blog, touting how stimulating and empowering it is to age gracefully. They’ll give tips for staying active and upbeat, while secretly stumbling down a rabbit hole of despair and emptiness when alone at night.

Now obviously, there are some people who are truly doing well. We can all learn from them.

But somewhere, many of us may believe, and have modeled for our younger people that it’s not okay to admit feeling overwhelmed — to talk about the discrepancy that can exist between what life looks like, and what it feels to be living it.

Ever heard of the Stanford Duck Syndrome?

Caroline Beaton, in this Gen-Y Psychology Today column, quotes a Stanford blogger on the syndrome. “One Stanford blogger explained, “Everyone on campus appears to be gliding effortlessly across this Lake College. But below the surface, our little duck feet are paddling furiously, working our feathered little tails off.” For Stanford students, the duck syndrome represents a false ease and fronted genius. “Frustration, anxiety, self-doubt, effort, and failure don’t have a place in the Stanford experience.”

Where did, “We learn from our mistakes” go?

How about the Penn face? The student author of this article is warning future graduates of Penn to stay away from the hypocrisy of putting on a smile and trying to look like everything’s going smoothly, when in reality, it’s very difficult.

On a national morning show several weeks ago in the US, I heard a psychiatrist answer questions about what parents should do if depression is suspected. The interview was showcasing the recent book, “What Made Maddy Run” by Kate Fagan, a story of one young female Penn track star who jumped to her own death.

The answer troubled me. I can’t quote it exactly, but she basically cited classic symptoms of depression — isolating, sleeping too much or not at all, wanting to drop out of things. At that point, I was yelling at the TV. Maddie Holleran, the young woman in the book, was talking about not enjoying track anymore, about how much she wasn’t enjoying being at Penn. But she didn’t look consistently depressed; she put on a great face when taking a selfie, or FaceTiming with friends. She never told anyone she was thinking of and researching suicide.

Her parents agreed to the book in order to help others through their own tragedy. What an extremely admirable thing to do, to make your own very private grief, public.

I wanted the psychiatrist to say, “Look at how comfortable you and your family are about how you talk about mental and emotional struggle? Do you reveal your own? What have you modeled for your children and grandchildren about accepting their own vulnerabilities?”

If you haven’t, perhaps you could try. Yes — watch for classic depression. But realize it’s not always patently evident. It can be hidden, and hidden well.

No matter what your age.

Maddie Holleran didn’t tell anyone that she was going to commit suicide. There is nothing that her coaches, her parents or her friends could do — if that was her decision. And it may be that Maddie’s family was very open about depression or struggle.

I’ve counseled too many people over the years who are reeling, just like the Hollerans, from an apparently sudden suicide of a loved one. The guilt and horror are palpable in the room. Secrets were kept — the actual intensity of whatever was troubling them either never revealed, or only alluded to in a way where a family can rack it up to age-appropriate struggles, or “going through a bad time.”

Not every young person is going to an extremely competitive college. Not all are highly pressured collegiate athletes.

But depression and suicide are increasing in our youth, no matter what their situation.

Adults don’t have control over what their children go through. But we do have control of what we teach them — how to handle things if feeling overwhelmed. We can model openness and honesty. We can remember that depression can wear many faces.

And they’re not all sad.