What Am I Missing Out On Now? Five Ways To Cope With FOMO. 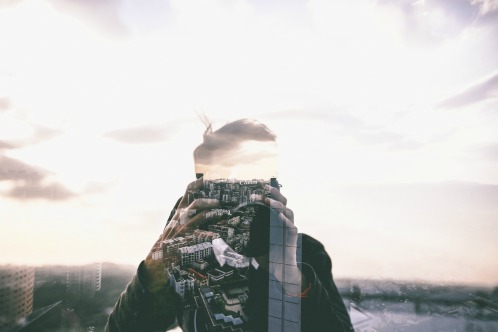 I always know when I have a patient who suffers from FOMO. Fear of missing out.

It’s the recent acronym that describes heightened anxiety when believing that you’re missing the action, your life isn’t as great as someone else’s, or you’re not in-the-know about what’s going on.

It can also lead to a fear of regret — that you chose the wrong thing, or that your life won’t reach its potential.

They’ll see their cell phone light up with a notification. They have to look at it. It’s i-m-p-o-s-s-i-b-l-e not to. “It might be my kids,” (which it might be…). Or they’ll glance ever so quickly to the side. Or they turn the wicked thing completely over, so as not to be seduced by the glow of a new message.

Adult millennials, or echo boomers as they’re called (the kids of  baby boomers), adults between the ages of 18 and 34, are the most influenced. They’ve grown up staring at screens, creating hashtags, and calling people “friends” who they only know from social media. (I remember being quite flummoxed by this as an ignorant parent years ago. Now, as a blogger, I get it.)

From a well-researched article by JWTIntelligence, here are some fascinating quotes from people who suffer.

“FOMO is the sometimes energizing, sometimes terrifying anxiety that you are missing out on something absolutely terrific. It could be a TV show, it could be a party, it could be a gadget, it could be that really good burrito from the food cart. The important thing to keep in mind with FOMO is that it’s not just a state of mind; it is also a physical reaction. So as a FOMO sufferer, I can report sweating, itching, pacing and compulsive refreshing of my Twitter feed.” –BIANCA BOSKER, Senior Technology Editor, The Huffington Post.

“Those who used to dine behind thick stone walls and had caviar now do so, tweet about it and can be seen by those sitting down to dinner at Chipotle.” —MARC A. SMITH, sociologist and chief social scientist, Connected Action Consulting Group

What is private becomes public. What you might never have realized, becomes more transparent. Idealized versions of others’ lives can morph into the new measuring stick for our happiness and security. You can experience the same physical symptoms and behaviors with which addicts and those with compulsive behaviors are plagued. You’re obsessed. You have to know. You can’t calm yourself.

Quotes from my own patients:

“I can see from her SnapChat that she went out with all of our friends. I ended the friendship with her, but I still feel left out.”

“I felt good about going home for the weekend, and just hanging out, until I saw my ex-girlfriend’s selfie at the beach.”

“I start looking around my house, trying to find something to put on Instagram that will make my life look special.”

“I text my friends constantly, and am so afraid, when they don’t text back, that they’re having fun with other people, and they don’t want me to know.”

Before anyone goes off on a rant about the good old days, predicting the downfall of our culture on social media addiction, let’s not forget that insecurity, worry over irrational things, or constant comparison with others have been well-entrenched emotional problems for quite some time. Perhaps the potential comparisons, if you’re focused on them, can be greater in number, or more powerful due to actually seeing pictures of a breathtaking sunset at the beach or a fun party. Keeping your focus on your own life — your own aspirations — and not getting derailed by self-doubt or struggles with worth, is an issue for many.

I traveled to China a few years back, taking advantage of a niece who was studying there for a year. I’d never get a chance like that, so I took it.

Now a trip to China sounds awesome. And it was in many ways. Yet the Chinese were, by American standards, often very rude. I was shoved to the ground at least twice. When I was walking along the Great Wall, I had a panic attack from not being able to hold on for balance, due to people sitting by, and not moving away from, the only way I could see to support myself. Chinese bathrooms were interesting, often a hole in the floor and that was it. Lots of flies. I peed in a field or two.

What am I trying to say?

There’s always a back story. The party that looked like a blast? Someone got too drunk and threw up, perhaps on your SnapChat friend. The breathtaking sunset? It was amazing, but that same day, the waters had been exploding with jellyfish.  The selfie of me and the Great Wall occurred before the panic attack — I was sweaty, but happy to be there. There were no pictures of someone throwing up, jellyfish bites or panic attacks. You’d never have known… but if you struggle with FOMO. you’d be frantic.

An obvious resolution of the problem is to stay off social media. And certainly, there are people who decide just that, or to limit it greatly.

Fear and insecurity can still lurk at the edges of your psyche.

There are several techniques you can use to calm yourself. 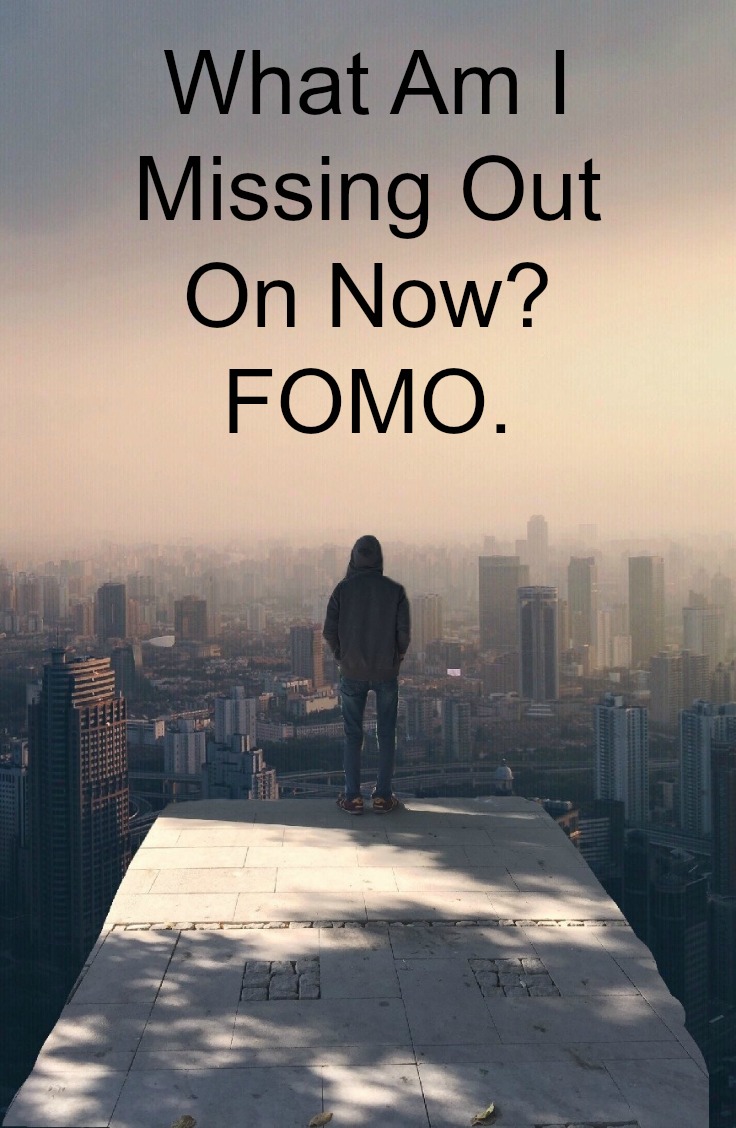 This means simply asking yourself, “So what would I do if the worst thing I can imagine is actually true?” Usually, there is an answer for that. You’d live through it, and learn something.

2) Reveal and find out others’ struggles.

You’re not the only one who’s worried about this kind of thing. Maybe you need to be reminded of that fact. So admitting, “You know, I don’t know why when you don’t text me back, I get worried that I don’t matter to you anymore… I feel embarrassed to say that to you.” What will likely come back is reassurance and an admission of being too caught up in her own life to text back, or the revelation of some kind of problem herself.

3) Block the irrational and replace with rational.

Do some writing, and identify what you’re telling yourself that’s obviously not rational. Then write down a replacement of that thought, one that is rational. You may need help with this at first, because fear can make the irrational feel normal.

4) Do active work on your own identity and goals.

“What do I want my life to look like in six months? In a year? What area of my life do I want to explore more — my spiritual self, my physical well-being? Where do I want to go?”

5) Don’t be paralyzed by having to make the right choice.

People get paralyzed by needing to know that they’re making the right choice. You can’t know if it’s right until you live it. You can have a pretty good idea. You can weigh your options carefully. If you make a choice that a year from now is not turning out like you thought, so be it. You’ve learned and changed along the way. That very process will help you make a more mature choice this time.

You can hear more about anxiety and other topics by listening to Dr. Margaret’s new podcast, SelfWork with Dr. Margaret Rutherford. Subscribe to this website and receive her weekly posts, plus Dr. Margaret’s eBook, “Seven Commandments of Good Therapy.”