Trying To Get Pregnant: The Infertility Journey And Nine Things That Help A Couple Stay Healthy 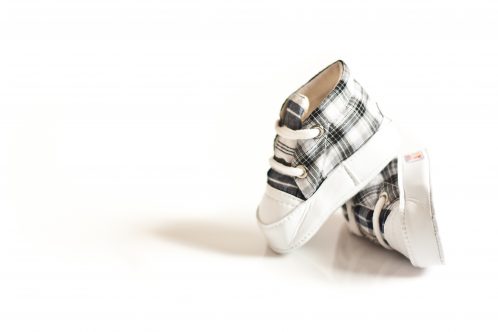 Now it all seems so long ago.

Yet the weeks, months, and years that it took me to get pregnant were some of the longest ones of my lifetime.

It seemed that everywhere there were children and pregnant women. There were seemingly endless pairs of parents who were yelling at their kids at Target or in the park. I would fume, “I wouldn’t scream at my kid like that. It’s so unfair…”

That feeling was only destructive and paralyzing. A lot of things aren’t fair. I rationally knew that.

People said inane things. “If it’s supposed to happen, it will.” Or, “If you’ll just relax, I bet it will happen.” Or perhaps more hurtful, “Do you think you’re being punished by God?”

No one could tell me the exact reason why my body wasn’t responding well to the myriad of drugs I was taking. I had something called “hostile mucus” as yucky as that sounds. Sperm would have a harder time making their presence known  — they had to swim pretty hard. Test after uncomfortable test didn’t show anything else.  We bypassed the whole mucus thing by going straight to IUI’s or intrauterine inseminations — what my husband and I called “sex for 12” — anything to keep things light. We must have had six to eight of those.

I couldn’t seem to get pregnant.

I hadn’t wanted children until I met my now partner of 27 years. But as we were falling in love, I could for the first time foresee what parenting would be like — how it could only enhance a relationship where there was trust and respect.

I wanted to be a mom, with this man by my side, pretty badly.

After we ramped up and went to a specialist, I sat several times in the waiting room with other highly hormonal women, waiting to learn of two possible outcomes. First, had I developed any eggs at all or second, whether some procedure had to be stopped because I’d hyperstimulated on even more potent drugs and had way too many of the darn things.

It had the power to take over your life. I talked with women who had had multiple IVFs (in vitro fertilizations) — who were grasping at whatever straw of hope they could.

Then one day, I was told I was pregnant. I was shocked but ecstatic. Six weeks later, I miscarried. And somehow, it all seemed to hurt more.

I began thinking about life without children. We’d ruled out adoption, which is a fantastic option — just simply not for us. I could begin to visualize what life would be like. I even began a book with the title, “No One’s Mother.”

To me, and for me, it was a healthy way to begin to accept my lack of control, and give myself a chance to find purpose and meaning in another lifestyle. I wasn’t resigning myself to failure. I was accepting that I had no real control.

We could make the best choices we knew to make. For at every turn, after every treatment cycle that didn’t work, you had to decide whether to continue, whether to stop, whether to ask my body to handle more drugs, whether to ramp up to a more expensive procedure, whether to look around for another doctor or reproductive endocrinologist.

It took us a little more than three years.

We chose to do one trial of IVF. My endocrinologist was willing to try, although she was not only cautious, but pessimistic. By then, we had discovered a problem with my uterine lining, one that would likely prevent a pregnancy from ever occurring. I went through a summer of being blasted with estrogen.

Not great fun. Probably not fun for my spouse either, come to think of it.

Our now 23 year-old son will joke that he’s the only person in the room that’s ever lived inside a Petri dish.

We were bountifully lucky and blessed.

There are many people who aren’t.

Since all of that happened to me, I’ve received a fair amount of referrals of couples going through what we did. And I’ve learned a few things along the way — especially in what can happen to a relationship if things aren’t handled well.

1) Get the best support to help guide you through your decisions — what’s really important to you about becoming a parent.

If you have been “trying” for a while, then consider finding a reproductive endocrinologist. Typically, they can give you far more in depth information, which can help with so many of the decisions that have to be made. That can help your relationship, as you try to filter through what’s really important you about becoming a parent. It’s all they do, and it can help with your sense of helplessness.

You can both list the things that you envision about being a parent. What truly matters most to you? Those realizations can greatly aid the decision-making process. What is important may not be the same, so there’s a need for compromise that’s sincere and open.

2)  Realize that frequently you and your spouse may polarize on the issue.

One of you will take the more negative view (calling it “rational” or “logical”), and the other the more positive (calling it “optimistic” and “determined.”)  This can be paralyzing, and lead to awful arguments that make you wonder why you’re trying to bring a child into this relationship in the first place.  If you realize that it’s a common phenomenon, then you hopefully don’t feel as abandoned or as criticized for your perspective. Both of you likely are making good points. Listen.

3) If only one of you is actually dealing with physical or psychological problems that are leading to the infertility, the other becomes “infertile by choice.”

It’s important for the partner who is “normal” let their partner know that they are “infertile by choice” — that they love their partner enough to make that choice, and that they can not only tolerate it, but actively are willing to. They also can envision a life without children, and they choose it — because the two of you are going to be together.

I remember hating my body. For the naturally fertile partner, that can be difficult to understand and support. You might want to rush in, and give them all the reasons that they “shouldn’t” feel that way. That’s not a great choice…. Allowing them to work through their anger is part of their grieving.

Both of you will have your own version of grief. And remaining open to that is vital.

4)  Try not to sacrifice your true intimacy to “getting pregnant.”

When you’re having timed intercourse, it’s difficult to make it about the moment. Your doctor may have given you tips, or you might’ve read things in a magazine. It can start to feel like you’re a performer, not an engaged person who loves their partner. Laughter helps. Having intercourse when it’s not the “right time” helps.

Some people take “vacations” from treatment, to give their minds, hearts and bodies a break. You can talk about if it makes sense in your own lives.

5) Surround yourself with people who can give really good support.

There are self-help groups that focus on infertility. Resolve is a national organization whose sole purpose is to provide support and excellent information. You can find a local support group through them. You can of course search social media. Simply be careful if you find a FaceBook page where there are strong voices urging certain paths to follow. This is a unique and extremely personal decision — one that you and your partner need to make together.

Talk with other supportive individuals — therapists or good friends or family who are able to put their own agendas aside. Look for people who’ve made various decisions and talk to them about them. Be careful around the parent who constantly tells you how much they want a grandchild. That’s a lot of pressure.

6) Be your own advocate.

You’ll find that different treatment centers show varying “success” percentages. You’ll have to look around for what best fits you, your locale, or sadly, your pocketbook. Infertility treatment, especially it not covered by your insurance, can be very expensive. But it varies from treatment center to treatment center. There are all kinds of ratings and reviews waiting for you.

It can be daunting, But then again, it may be where you can have some sense of control.

7) Give yourself permission to avoid situations where you’ll be overwhelmed.

Children’s birthday parties. Baby showers. Mother’s Day. Your own birthday (another year has gone by…). Same idea with New Years or any other holiday. If you can go, go. If you have to leave, leave. People who love you and understand will get it.

8) If you already have a child, or your partner has a child, realize that you need to talk about the impact that has on the support you get from others.

Some people will say, “I’m so glad you have a child. So many people aren’t that lucky.” Or, “Being a stepparent is a hard job, but an important one.” All that is literally true, but there are still feelings of helplessness and grief to work through.

All kinds of triggers are here for depression. Helplessness. Grief. Drugs and emotional reactions to them. Arguments about choices. Feelings of unfairness or bitterness. Polarization and loneliness. If you cross a line, and can’t get your mind off getting pregnant, or you get too sad and feel that the loss is intolerable, please seek help.

Good luck to you. Love each other well. But be mindful of how hard the journey can be.