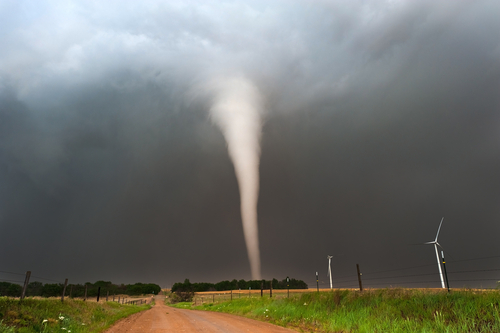 They will need to talk.

The people in the Midwest whose homes are gone, whose lives can be viewed in little pieces all over their neighborhood.  The one person whose house was left miraculously untouched.  The families and friends of people who actually died or were seriously hurt.

Everyone will have their story.

Firefighters tell me they cope with the gruesome nature of their jobs by using a lot of dark humor with one another.  It helps them survive emotionally.  Distance themselves.   But many of us haven’t developed mechanisms for dealing with sudden trauma or loss.

We are  not accustomed to confronting a sense of helplessness.

I have worked with recent tornado victims.  One, a woman from Joplin who lived through the storm in her bathtub.  Another came home to – nothing.  Two different kinds of reactions.  The first had been a patient prior to the tornado, having been raped, so she and I had worked through previous symptoms of PTSD.

PTSD.  Post Traumatic Stress Disorder.  That involves the re-experiencing of a traumatic event through flashbacks and/or nightmares, persistent avoidance of things associated with the event, and other intense symptoms.  Not everyone that goes through a tornado or other trauma will develop it.  Most people will have some sleep problems for a while.  Maybe some heightened anxiety.  Around 10% will develop more serious symptoms.

I received volunteer emergency training from the Red Cross.  The trainer stressed, “Let them talk”.  People need to sift through their memories of where they were.  What they saw. heard, smelled, tasted, felt.  Feared.  For themselves.  For those they love.

Maybe they did something heroic.  Maybe they were paralyzed.

We just think we know what we would do.

If you know someone there, please reach out to them.  There is much wreckage to be cleaned up.  Physical of course.  Psychological as well.

They will need to talk for a long time.

My thoughts and prayers are with those in the Midwest.  We all need to be supporting you! And as always, thank you for reading.