Three Ways Staying Silent About Mental Illness Is Hurting You: What Would John Wayne Say 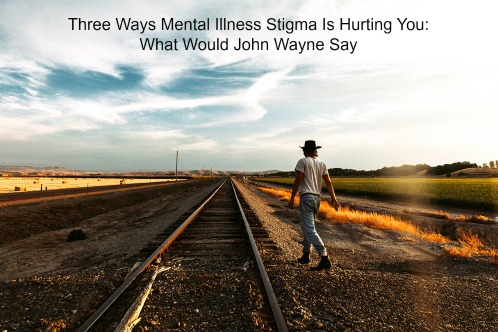 I wish I could talk to John Wayne.

Maybe some of you don’t know who he was. Imagine Clint Eastwood, Sylvester Stallone, Samuel Jackson, Bruce Willis, and Matt Damon all rolled up into one. Throw Chuck Norris and Johnny Depp in there, and you’ll have an inkling of the supermacho image he conveyed.

John Wayne, who was an actor, became an icon of what a man was supposed to be in the 1940’s.  A moral hero — coupling restrained force with personal integrity.

A book came out about him within the last few years. Born Marian Morrison, nicknamed “Duke”, author Scott Eyman revealed Wayne’s personal life, full of an explosive temper, chronic infidelity, and poor relationships with his seven kids. His mother was cold and withholding of approval, even given his vast success. Constant smoking and drinking may have been an attempt at coping with severe insecurity. He had a passion for things that didn’t fit his rugged image, like chess and collecting art, and he carried guilt that he hadn’t enlisted for military service in WWII, as other Hollywood actors had rushed to do. He could be grandly apologetic one minute, and highly demanding of others’ time and attention in the next. 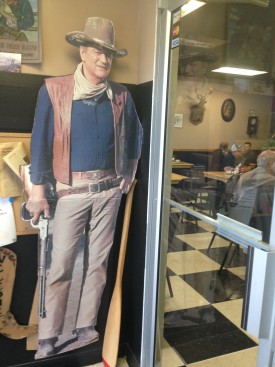 “The guy you see on the screen really isn’t me,” Wayne once admitted. “I’m Duke Morrison and I never was and never will be a film personality like John Wayne. I know him well. I’m one of his closest students.”

What would have happened if John Wayne had lived today? Or more correctly, if Marian Morrison had tried to heal whatever was goading him into such a despairing life?

Yet many people in our culture are still living like Marian Morrison. 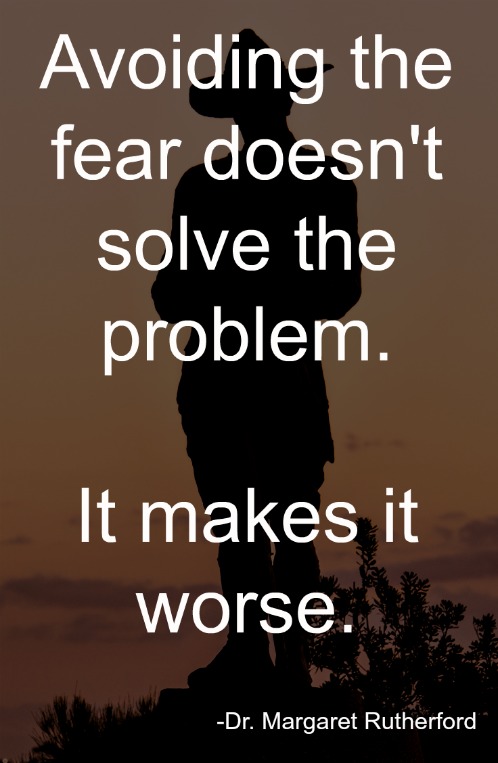 But there’s a new movement out there. Something’s happening.

On Twitter, #Imnotashamed, #Sicknotweak, and #BellLetsTalk have been retweeted thousands and thousands of times. Websites are shooting up, like StigmaFighters and The Mighty, with people with mental illness coming forward and telling their story (me included).

I heard from a patient yesterday, after I had recommended a trial of an antidepressant, “You know, I never would have considered that a few years ago. But now, people seem to be more accepting — I have to do something about my anxiety. It’s ruining my life.”

People are confronting their fear of rejection, and revealing who they are.

Why is this important?

1) Because if we don’t talk about mental illness, people will stay ignorant of what it is,  fear it and not seek help.

Like all illnesses, mental illness is on a spectrum. You can have a really bad cold, or you can have pneumonia. Both ends of the spectrum are important to treat and heal.

Mental illness is the same.  You can have anxiety or irrational thoughts, or you can have agoraphobia so badly you can’t leave your house. You can struggle with body image, or you can eat only 500 calories a day, and have a severe eating disorder. You can have been abused or traumatized, and have nightmares, or you can be so debilitated that you constantly relive the trauma.

It can be frightening to all of us for something to be wrong with our mind. Alzheimer’s. Parkinson’s. Strokes. Depression. Anxiety.

2) Because the face of mental illness that many of us carry is wrong.

When many think of someone with mental illness, they think of the very disturbed people who have committed mass murder. Or they remember someone who could barely function in society, because of their mind being altered irreparably.

Yes – sociopathy belongs under the umbrella of mental illness, as does psychosis (hearing or seeing things that aren’t there in reality). While dramatic and causing serious problems, sometimes violence, the vast majority of people with mental illness don’t experience these issues.

I have treated people for all kinds of psychological disorders, that are highly functioning individuals. He’s the fireman who’s your first responder, she’s your child’s teacher. He’s your banker, or your hair stylist. She’s the author of a book you love, or your pastor.

3)  Because the suicide rate has risen dramatically within the last two decades.

People are living longer, but suicide is the only cause of death that’s on the rise. And it’s worldwide.

How many of those people are mentally ill? Reports indicate that some mental illnesses raise the likelihood of suicide. That, sadly, can be a result of the illness itself or a personality disorder, or from lack of adequate treatment.

But how many suicides are prevented with good mental health care? Isn’t that a question we should be asking?

Marian Morrison smoked himself to death, dying of stomach cancer at the age of 72.

Not even John Wayne could help him. And it seems he didn’t know how to help himself.

Is the fear of stigma really worth it?