The Shame No One Talks About In Sexual Abuse 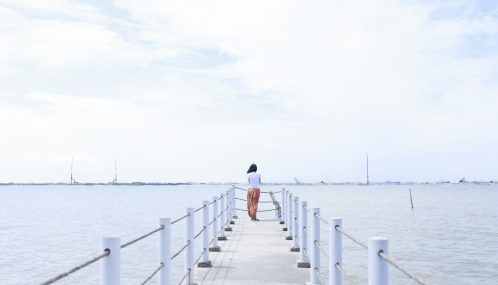 Note: If you’ve been sexually abused, this article may trigger a response — memories, anxiety, nightmares. Please read with care.

I can’t count the times that someone, male or female, has been looking out the window so their eyes won’t meet mine, and I hear, “I’m so embarrassed…I’ve never told anyone this.” And I begin to hear about sexual abuse. It’s usually not the first session —  perhaps not even the third or fourth. But slowly, feeling safe and understood, I hear their shame. And the shame from sexual abuse can last far longer than any other damage; it seeps into your very being.

You fear what others might think if they knew. The rational side of you fights with the side that almost needs to believe that you had some sort of control. If so, if you did or do, maybe you could stop it in the future.

Why take the shame on? Why blame yourself for abuse?

You’re a grown woman raising children of your own. You can see their vulnerability and recognize that you were a trusting child when your grandfather fondled you.  But still….

You’re a thirty year-old man who recognizes that you were drugged and then raped by two other guys, you remember, shudder and feel like there must have been something you could’ve done to stop it.

An attack was completely random on campus, but as a college girl, you can feel at fault for being too scared to scream. Or you were drunk and don’t remember all the details. You try to convince yourself, “I let it happen.”

Blaming yourself can be a way, albeit not one that works long-term, for you to feel more in control now. Why doesn’t it work? Because you don’t deal completely with your anger. With your loss. You get stuck in shame and guilt.

This kind of search for perceived control happens to every victim of abuse. I’ve heard it over and over. Coping with feeling as out of control as you actually were at the time of the abuse is one of the hardest things about healing. And part of healing is looking for what you do have control over now– and therapy can help you do that.

It’s hard work and is often complicated by conditions that develop as a response.

The shame that occurs frequently but is often kept silent…

But there’s another kind of silent shame that’s vital to talk about.

John was twelve when his aunt and uncle took him to a camp in Missouri. The brochure he’d seen showed a big, husky man, grinning as he taught young boys how to ride horses, feed chickens, and learn about life on the farm. It looked so fun, and John couldn’t wait to get there.

With a dead look on his face, the now 25 year-old John described the horror of what had happened at night. The farm was the cover for a pornography factory. He and the other boys had been drugged, videoed, and made to do every kind of sexual act imaginable. He thought his aunt and uncle had known — and when they picked him up a week later, John never said a word.

Shannon had been at home, alone. It was a hot Wednesday afternoon, the same as other Wednesday afternoons. She lived out a bit from town, with neighbors close enough to see, but not close enough to get their attention easily. Her husband had left hours ago for work. She heard something, looked up, and saw a strange man standing in the door frame. He looked wild, like he was high on something.

Carly was five when her mother remarried. She adored her new stepfather, her own dad having disappeared after the divorce. So when he offered to help her with her bath, she held his hand, and followed happily. Bath time slowly became something she hated. The fondling didn’t begin all at once, but slowly evolved as part of her bath ritual.

Her mom would thank her stepfather every night for helping.

These are real stories. They join the many others I’ve heard of children being manipulated, dates gone terribly wrong, and sex forcibly taken by strangers or someone known.

But there can be another level of shame — a secret that racks a victim’s soul. In all three of the above cases, the victims told me, incredibly slowly and painfully, that their bodies had responded. They had experienced arousal.

John hated his pubescent body for responding, irrationally believing that if it hadn’t, he could have achieved some control. Shannon was horrified that she’d experienced something close to orgasm, even though she had tried to fight off her attacker, and had been badly cut and bruised. Carly, a woman now, remembered “liking it,” but feeling “confused and bad.”

In what was the most awful experience of their lives, their nerve endings had acted as if what was happening was normal.

And they felt horribly ashamed.

It doesn’t seem to happen all the time. There are many times I hear about sexual abuse or rape, and there’s no mention of any kind of arousal.

Arousal is not consent. Pure and simple.

The confusion is that the abuse is horrific, frightening. So why is my body responding as if it were? What is happening is horrible, invasive, criminal. You’re not enjoying what’s happening. Every part of your mind is screaming for it to stop.

Unfortunately, the body responding can create a shame that lingers far longer than the shame of the abuse itself, permanently entrenching itself in your gut and your soul. You may never tell anyone, feeling as if your body betrayed you and that you have even more to hide.

Abuse itself is hard enough to reveal. Most of the time, it’s not revealed at all. As in two of the above cases, the victim knows or feels something’s wrong, but people who are supposed to love them are involved. It’s confusing. A victim will take countless showers, but cannot rid herself of the feelings of being less than, or hating his or her body.

Freedom from the abuse comes from getting unhooked from shame. It helps to talk about it — to tell someone you trust what happened.

Healing takes time. You have to create a nurturing and respectful relationship with your body.

Healing involves identifying how being abused changed you and how the abuse may still be affecting the choices you’re making in your life. Healing is the recognition that being a victim of sexual abuse doesn’t define you.

Healing is having compassion and understanding for yourself and internalizing that whether your body responded or not it wasn’t consent.

Healing is recognizing that “fighting” and “fleeing” are only two of the responses to assault. “Freeze” and “fold” are two more that often are the only and even perhaps best ways to protect yourself.

Healing is realizing that carrying shame prolongs the power your perpetrator had over you. If you become angry, that very feeling can motivate you to confront whatever shame you absorbed.

Healing takes embracing that none of it was your fault.

If you’ve been sexually abused, please seek help. You can get immediate help online at the RAINN hotline. Other hotlines and resources can be found by clicking here.

Two books that are excellent resources: “Healing The Shame That Binds You” by John Bradshaw, and ‘The Courage To Heal” by Laura Davis.

You can hear more about perfectly hidden depression and many other topics by listening to my podcast, SelfWork with Dr. Margaret Rutherford. Subscribe to my website and receive one weekly newsletter including my weekly blog post and podcast! If you’d like to join my FaceBook closed group, then click here and answer the membership questions! Welcome!