The Joy In Every Wedding 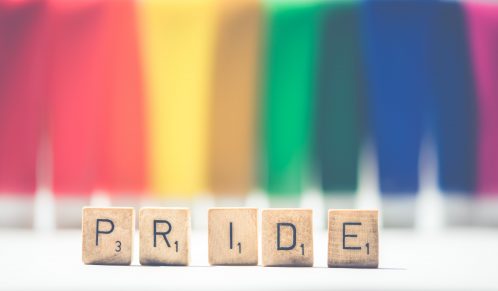 When you see true joy, you can feel it.

Sometimes it’s in a child’s gushing laugh during some wondrous adventure.  Sometimes you see it in an airport on a stranger’s face as they race to embrace their uniformed husband or wife, Mom or Dad, back from potential harm into safety.

It’s palpable. It changes something in the air around you.

We visited two friends last weekend. They’d been together 24 years, the same as me and my husband.

They married recently. We hadn’t attended their wedding. In fact, the ceremony was only the 2 of them and a witness, with a small intimate reception afterward.

Their eyes softened just for a moment, remembering the day. They described that their marriage had added priceless depth and surprising meaning to their lives together.

My own eyes teared up in response.

They happen to be gay.

Try as hard as I might to be empathic with others, it’s amazing how much I’m always discovering things that I’d never realized. I’d worked with many gay and lesbian couples in the past. But as I listened to the two of them discuss the emotional bond that was created when they married, they also talked about the newfound safety in knowing that if something happened to the other, pragmatically their lives wouldn’t fall apart — I was a bit ashamed that I’d never thought of gay marriage from that perspective. I’d been aware of the medical impact of a marital contract, perhaps because of my involvement more on that end of life. But the financial, pragmatic side of it had never occurred to me.

It was a light bulb that needed to be turned on.

These were Issues I’d taken for granted being a married heterosexual.

I listened and learned. 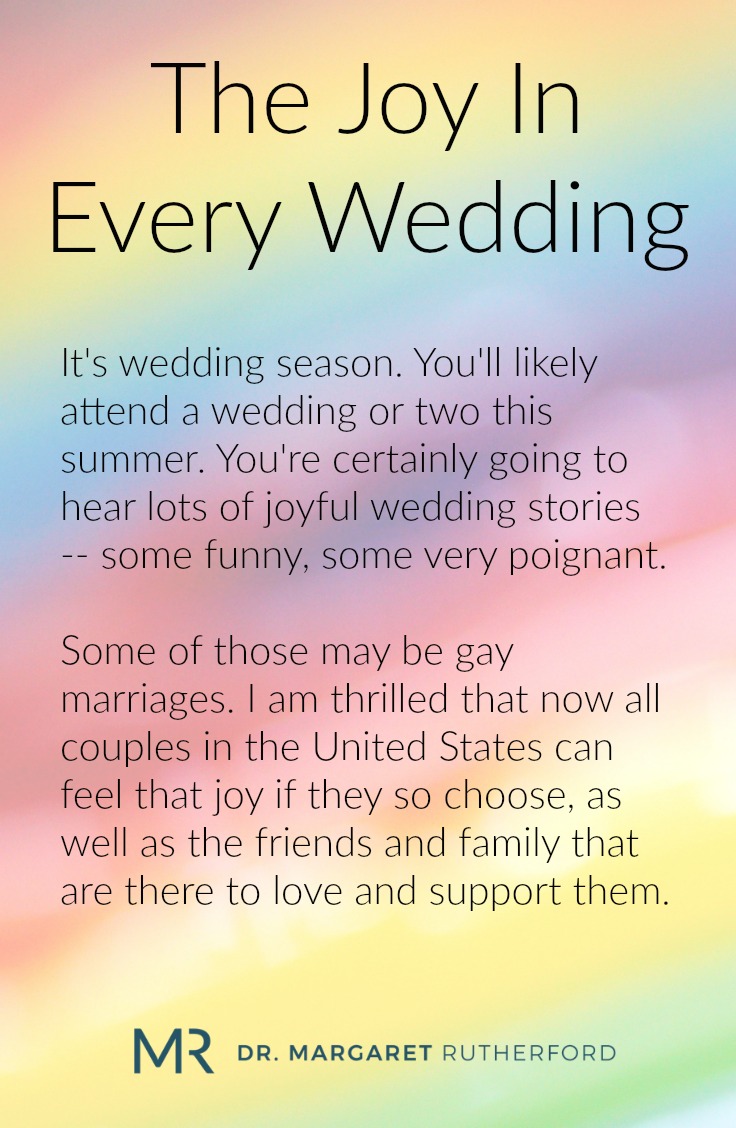 Not that I needed one, but it gave me another reason to support the movement in our country to legalize marriage for everyone.

I want all couples to feel that joy if they so choose, as well as the friends and family that are there to love and support them.

I well remember interning at a Dallas psychological clinic back in my graduate school days. It was 1989. I was in charge of assigning cases to the other fifteen or so interns there at the clinic. Many of them refused to see gay couples. I was shocked, which.says a lot about how naive I was at the time about the bias and discrimination that gay and lesbian couples have to face every day.

After working with many couples now, I better understand. But I’ve not walked in their shoes. So I can only empathize.

I’ve learned to deeply respect the road that has to be travelled.

Our gift to the newlyweds, by the way, was an antique toaster. Very fitting we thought. A little beat up, but a bit funky.

We hope it works.

Not their marriage. The toaster.

Their relationship has worked — very well — for years. And now, it’s better than ever.

Note: Obviously since this post was originally written in 2014, we’ve now legalized gay marriage. My friends are still doing well. The toaster no longer works, but they do.

If you have enjoyed a wonderful partner in your relationship or marriage, you might want to thank them in a small way. Click here for “Marriage Is Not For Chickens,” a gift book by Dr. Margaret!

You can hear more about relationships and many other topics by listening to Dr. Margaret’s new podcast, SelfWork with Dr. Margaret Rutherford. Subscribe to this website and receive her weekly blog posts and podcasts!