My den through Thanksgiving; looks like a cyclone hit it…

It really hurt again today, my NestAche. Having him back for a whole week for Thanksgiving was like having him back.  Really having him back.  Fall break was just a couple of days so I didn’t get used to it – this was like getting being a mom back into my whole being.  Laundry, lots of food, hugs, the den incredibly messy, “mom what do you think of this” as he played the newest song he had learned on guitar, and then out the door not to be seen until the next morning. Like not just seeing a picture of a beloved place, but being there; smelling the smells, tasting the tastes, the whole kit and caboodle.

And now he is gone again and I am ripped out of that place.  I comfort myself with thoughts that are mostly comparisons of worse pain.  I tell my patients not to do what I am doing but I am still doing it.  Like “it could be worse – he could be unhappy”, “he could have a disability and not be able to go to college” etc.   So I stop that.  I know it could be worse – it can always be worse.  It still hurts.

It was a strange enough feeling when your kid was in high school and he was meeting all these people that you heard about from time to time but never met.  Gone was the “well I have to talk to their parents before you can do that….”.  That control was gone a long time ago.  I was accustomed to hearing my son groan when I couldn’t keep names straight or the countless times we would bicker because he was sure he had told me something and that obviously I was just getting too old to remember.  There is some kind of fancy psychological term for this – but basically your kid is pulling away, detaching from the centrality of mom and/or dad.  Perhaps the worst of that last year was the hounding about writing those damn essays for college applications.  I said at the time :  “this does not bring out the best in our relationship”, trying to put it nicely.  Frankly it was pretty awful and we had an easy kid.

At least that was hands on.  This is hands off.  Or hands ready if needed?  Something like that.

When we got home from the airport, I went up to his room to see if I could still smell him on the pillow.  I still do that sometimes with my mom’s stuff who has been dead for almost five years;  I will get out an old coat of hers and reach for her handkerchief in the pocket that I have kept there, smell it and see if I can still smell her.  Smell must be my thing….

Sure enough, I can but that just makes me cry.  Smell him on the pillow I mean.  So I let myself do that.  I just miss him and am going to miss waking him up and hearing him…  okay enough of that.  Time to comfort myself with the first of many hot turkey sandwiches, which by the way, was perhaps the best ever.  Twenty-two pounds of bird is a lot of bird so plentiful leftovers – the yummy kind. 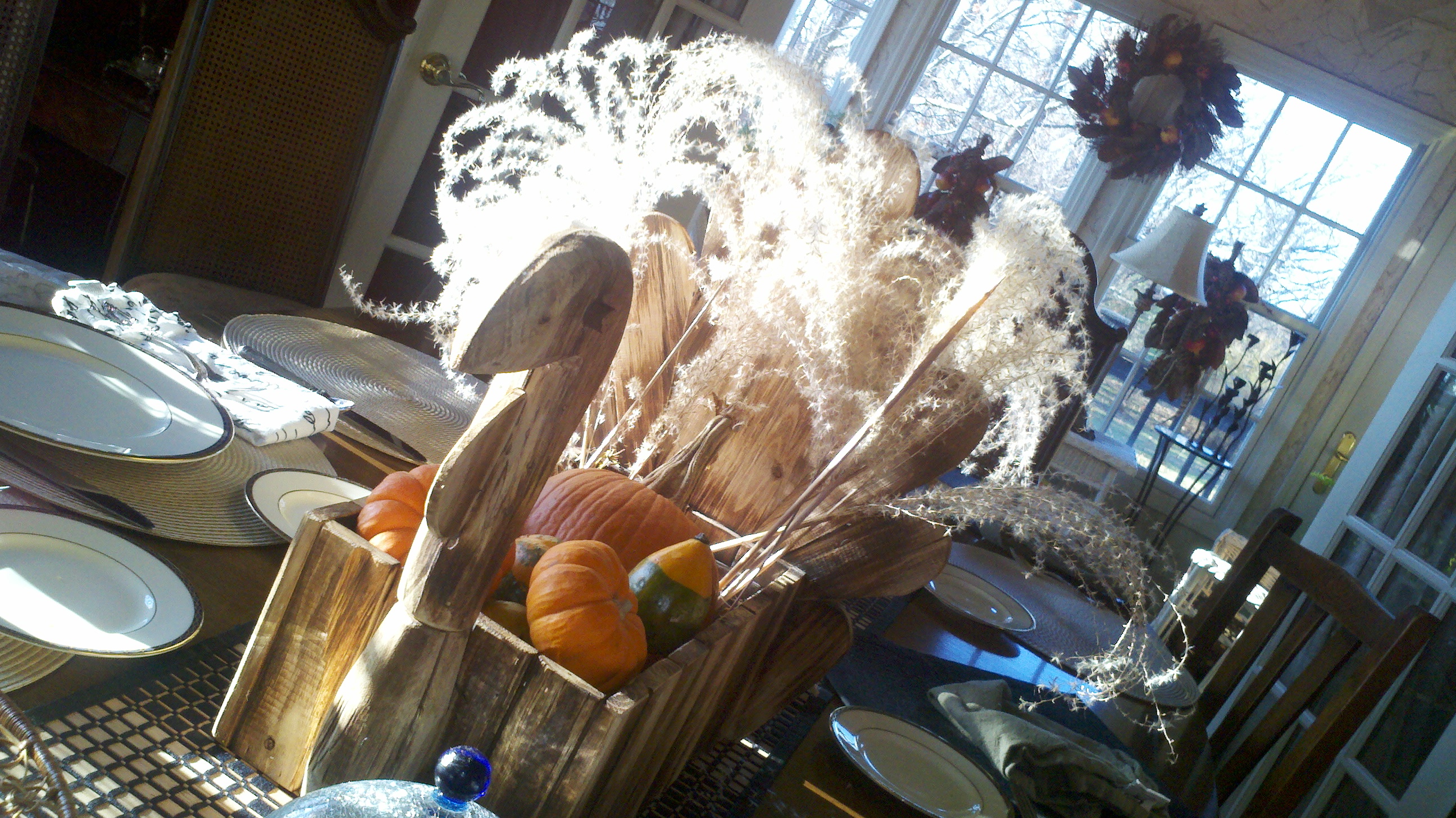 Thanksgiving Table still needing to be cleared the next day…