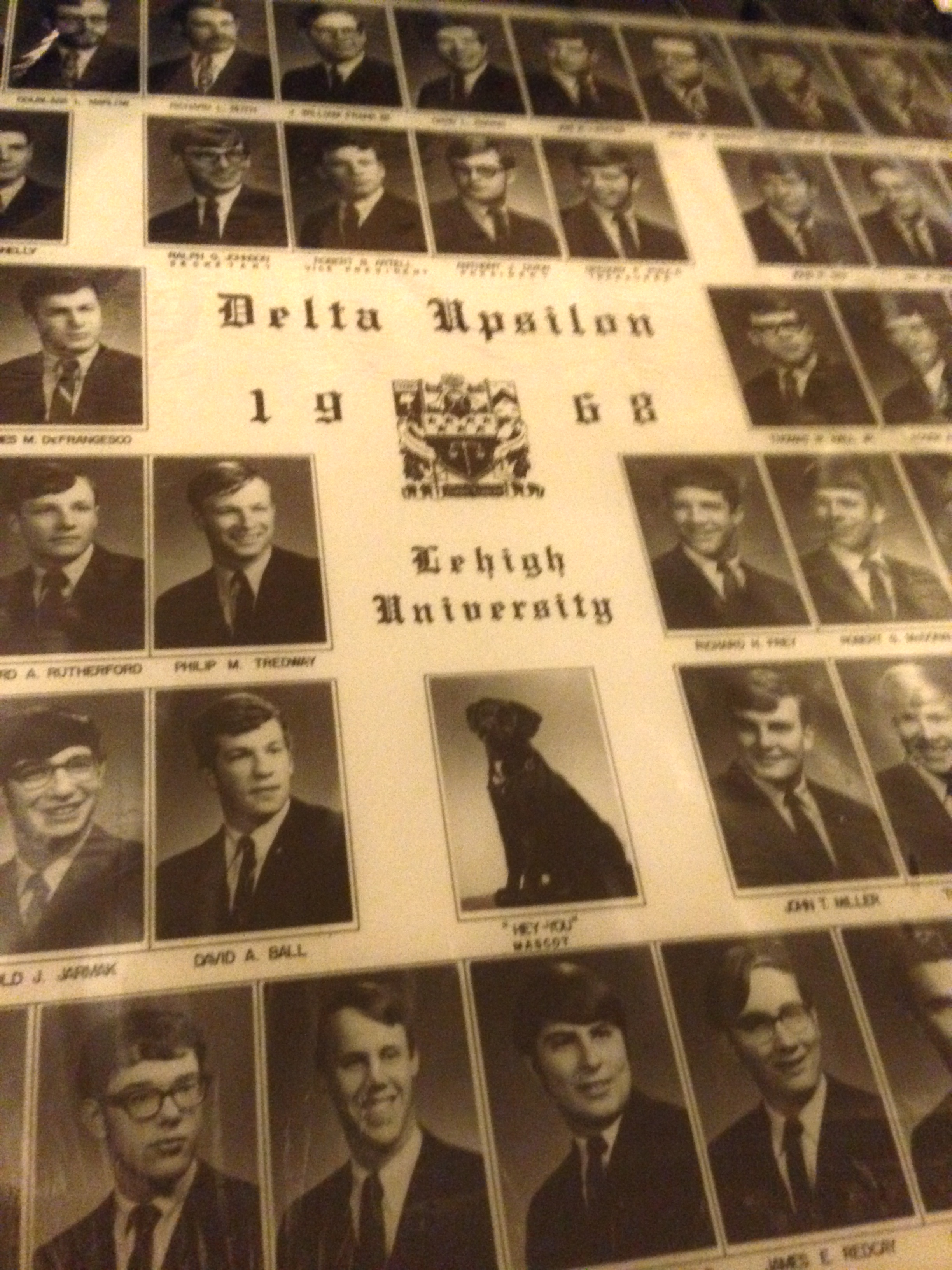 Love the dog. Moby is on the left, third from the bottom. My future spouse.

Your turn to go to your spouse’s reunion.

You may know a few people if you have been together long enough.  Most of them however are only names that you have heard through the years.  Now they have a face.

Some are complete and utter strangers.  They wander up, wondering if they are supposed to know you.  Like maybe you were a member of their class.  They scour your face.  A little panic begins to ensue.  Then they spot your spouse.  A gradual look of relieved recognition comes over them.

Moby was my husband’s nickname in college.   I could never get myself to call him that.

It was my turn this weekend.

It was the weekend of the long-awaited Lehigh/Lafayette college football game, the most played college rivalry in the United States. This is due to the fact that there were several years near the turn of the century – not this last one – the turn a LONG time ago – where they played each other more than once.  Interesting.  Winner of the game won the Patriot League title.  Good friends throw a big shindig every two years for Lehigh alumni when the game is played at Lehigh. 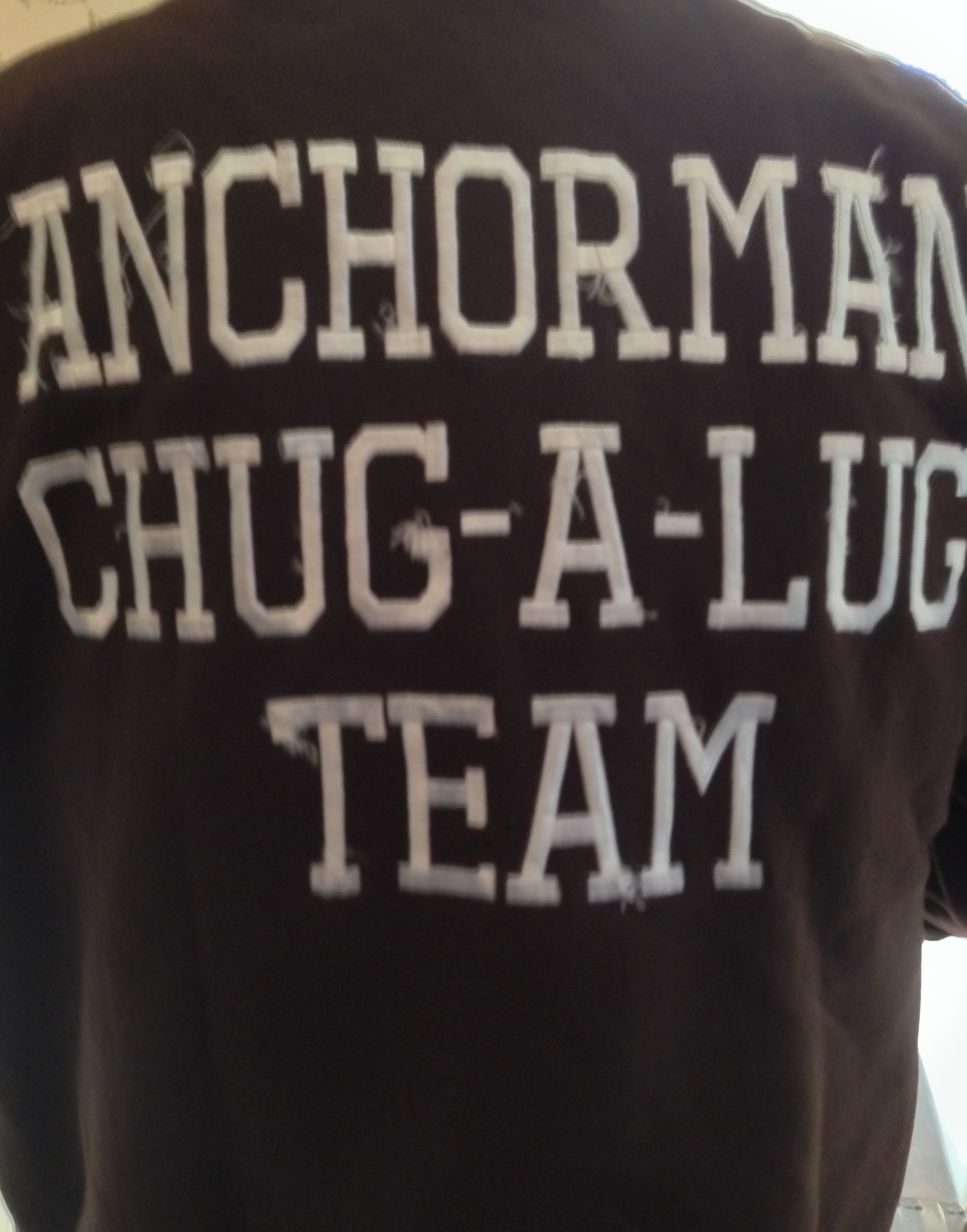 This guy I met at breakfast. Was attending his 60th consecutive Lehigh/Lafayette game! What a fan! And what a story behind this sweatshirt!

And listened to stories.  About their camaraderie.  Their friendships.  Their escapades.

All these folks are very nice.  To go to all this trouble to see each other every other year is quite remarkable.

“Moby” has come with me to several reunions.  He has listened to these same discussions.  He has laughed at stories about people that he doesn’t know.  Marveled at how we all managed to get through those days.  Just how did we perform the hi-jinks we did?  Just how did my friends who streaked across my college campus trust me not to lock the car doors on them?  Why was I a member of the Tuesday Night Camera Club when it had nothing to do with cameras or Tuesday night?

Ahhhh… now that’s a story for a reunion.

So it’s a gift you give.  To go to a partner’s reunion.  Allow them to dip into the past.  For whatever reason they want to go.

Watch them have fun.  Partake in their past with them a little.

Then, go home together.

Thank you for reading!  Maybe send this on to someone you loved seeing at the last reunion you attended!  Six more posts to go in the NaBloPoMo adventure!