Real Men. More Suicide. What Will It Take For Men To Seek Help? 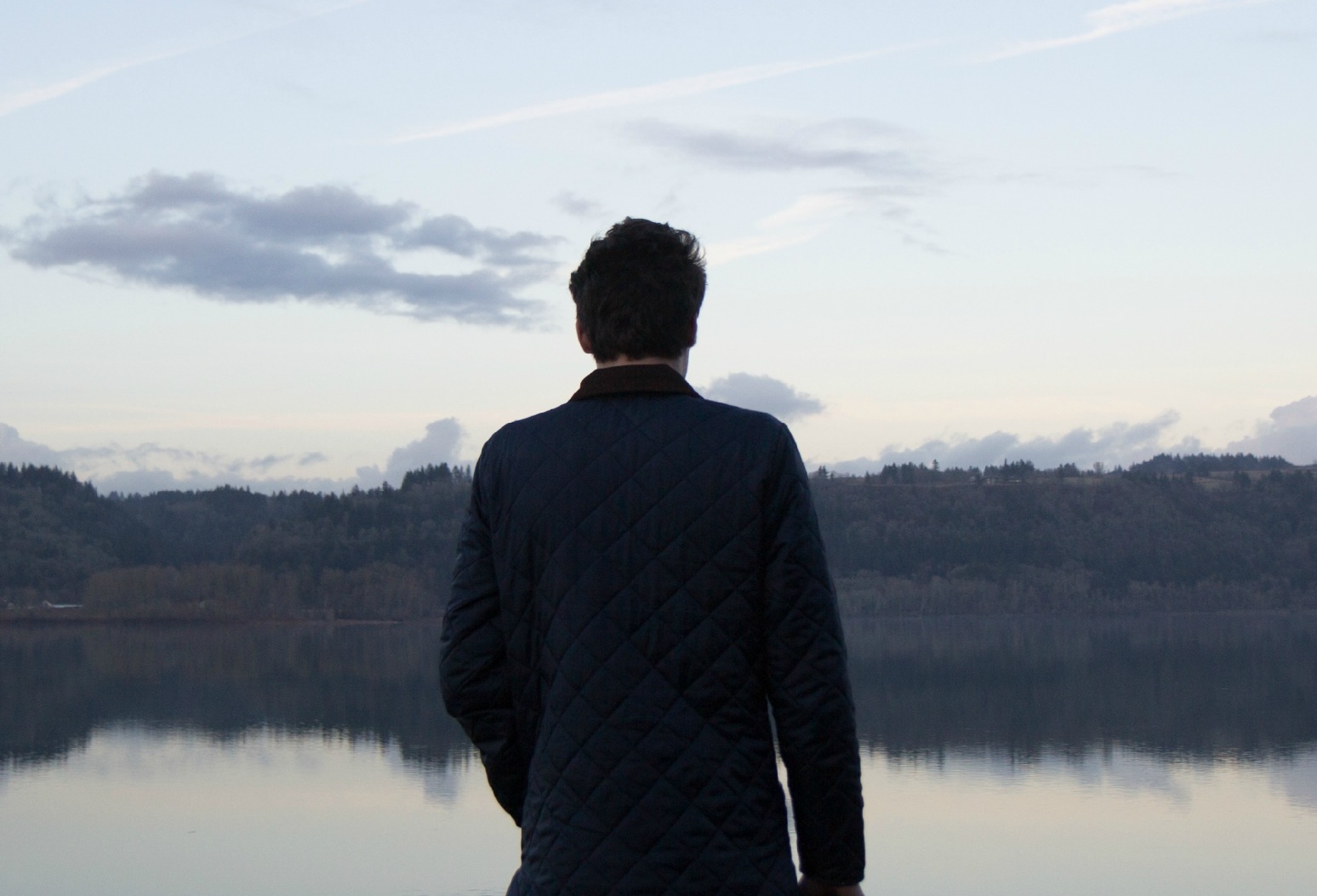 This post was originally written over five years ago. Sadly it’s more true today than it was even then. With all that we’re dealing with these past months worldwide, I fear things will only continue to get worse.

Watching someone you love destroying themselves through addiction is a terribly helpless feeling. Whether it’s with alcohol and drugs, food or sex, you can watch as each decision becomes less and less rational.

No matter whether you cajole or confront, it can take years for that someone to realize their own self-destructiveness, if indeed, they ever do.

But if the addiction is with work, with success or achievement of some culturally worthy or justifiable goal, it’s much harder to see the danger. And men and women all over the world are falling prey to what I’ve termed perfectly hidden depression — being caught up in meeting others’ overwhelming expectations, not just their own.

Yet “he’s killing himself” isn’t just a turn of phrase. For the past last fifteen years, men’s suicide rates have been steadily rising and in fact are approaching four times that of women. This is a horrific reality for these men, those who love them, and for the children who are watching and learning.

Why is this happening? Theories range from a sense of isolation to to needing to look invulnerable to negative beliefs among men about identifying emotions

So while much progress has been made in recent years toward the goal of eliminating traditional gender roles, there’s much work still to be done. Strict societal expectations relating to gender remain pervasive, and reflect out-dated beliefs that — to be masculine –you must appear unwavering, capable, dependable, stoic, independent, and dependable. And certainly never ask for help or guidance. So what happens when, underneath all that bravado, lies depression, shame, addiction, loneliness, and anger?

Too many men won’t see the mental health help that they desperately need. And suicide becomes more of an option.

Yet there is hope.

Several years ago, Terrance, a man in his mid-40s, had been referred by his attorney. Anger management had been court-ordered and he was far from thrilled to see me. As it happened, he’d taken a psychology course years before and had basically decided at the time that therapy was a bunch of crap (hogwash we’d call it in Arkansas). And he repeated that opinion during our first session… frequently. 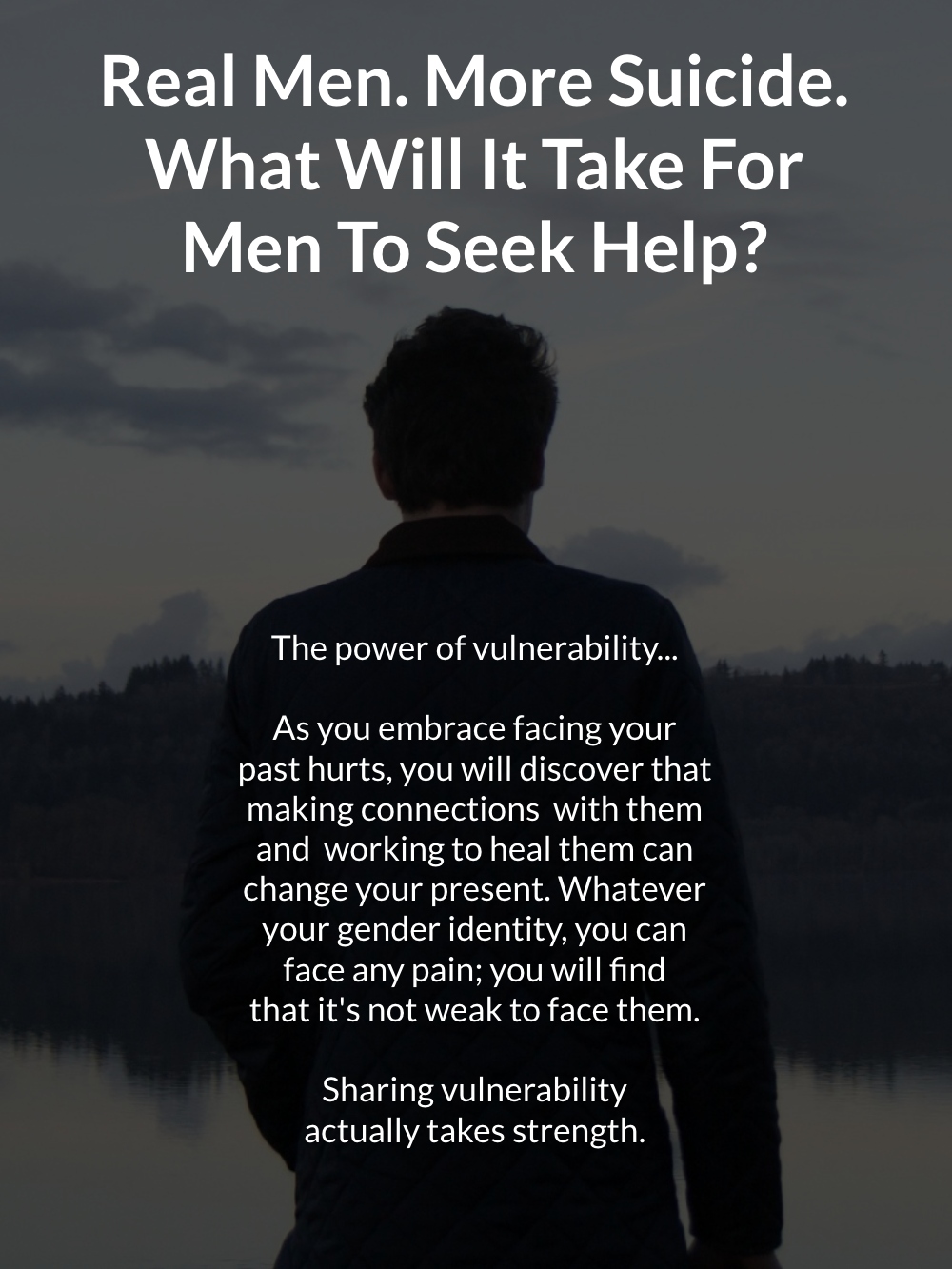 Yet slowly, something happened. Terrance found himself looking forward to sessions, and being challenged by the suggestions made. He slowly and painfully revealed that his grandfather had abused him as a child and that old confusion, hurt and anger could be very easily triggered when he felt threatened. After the required ten sessions, things in his life weren’t “fixed,” but they were much better. He was making far different choices and had figured out what was underneath some of his reactions he’d never understood before, “I don’t know what exactly what’s happened here, but it’s worked. To come and get things off my chest. To talk about things I didn’t realize were bugging me from a long time ago. Now so much of it makes sense.”

And Terrance learned to manage his anger.

The power of vulnerability…

This same healing scenario has happened over and over in therapy, as someone discovers that making connections with past hurts and working to heal them can change your present. Whatever your gender identity, you can face past childhood hurts at the hands of an adult that should’ve been nurturing you, or when you were betrayed by someone you loved, or you experienced trauma in a war or within a gang…these hurts can come from many places and you can find that it’s not weak to face them.

But seeking help can still be hard. I’ll invite Jeff to tell you his story, as he wrote to me to share the pain that he’d carried around for decades.

I’ve had two failed marriages. Both were results of hidden despair. I mean the marriages themselves were the byproduct of my despair. I wasn’t emotionally close to either wife. I thought I could be successfully married while managing the relationship in some rational way that would let me remain strong. Or at least seem strong. And I didn’t want to be alone. I wanted the negative to go away. I denied it.

I have secrets I’ve kept from everyone.  I’ve never trusted anyone enough to fully confide in them.  I keep myself distracted with adrenaline feeds from triathlon training.

It’s still there. This thing. Always.

I find I need to constantly shift my focus away from death. I’m fixated on it as a target. I don’t plan to hasten its arrival, but I’m not doing much to keep it away, either.

And in my darkest moments, I realize I’m not that special. I believe there are millions more just like me.

What I can hope for is that Jeff used writing to me as a first step. Because he’s so right – there are far too many men and women who share his feelings.

And worldwide, one of them kills themselves every forty-five seconds.

We can stop this. We can change how getting help is perceived. By women and by men. By Everyone.

And we can learn from Terrance and teach our children that sharing vulnerability actually takes strength.