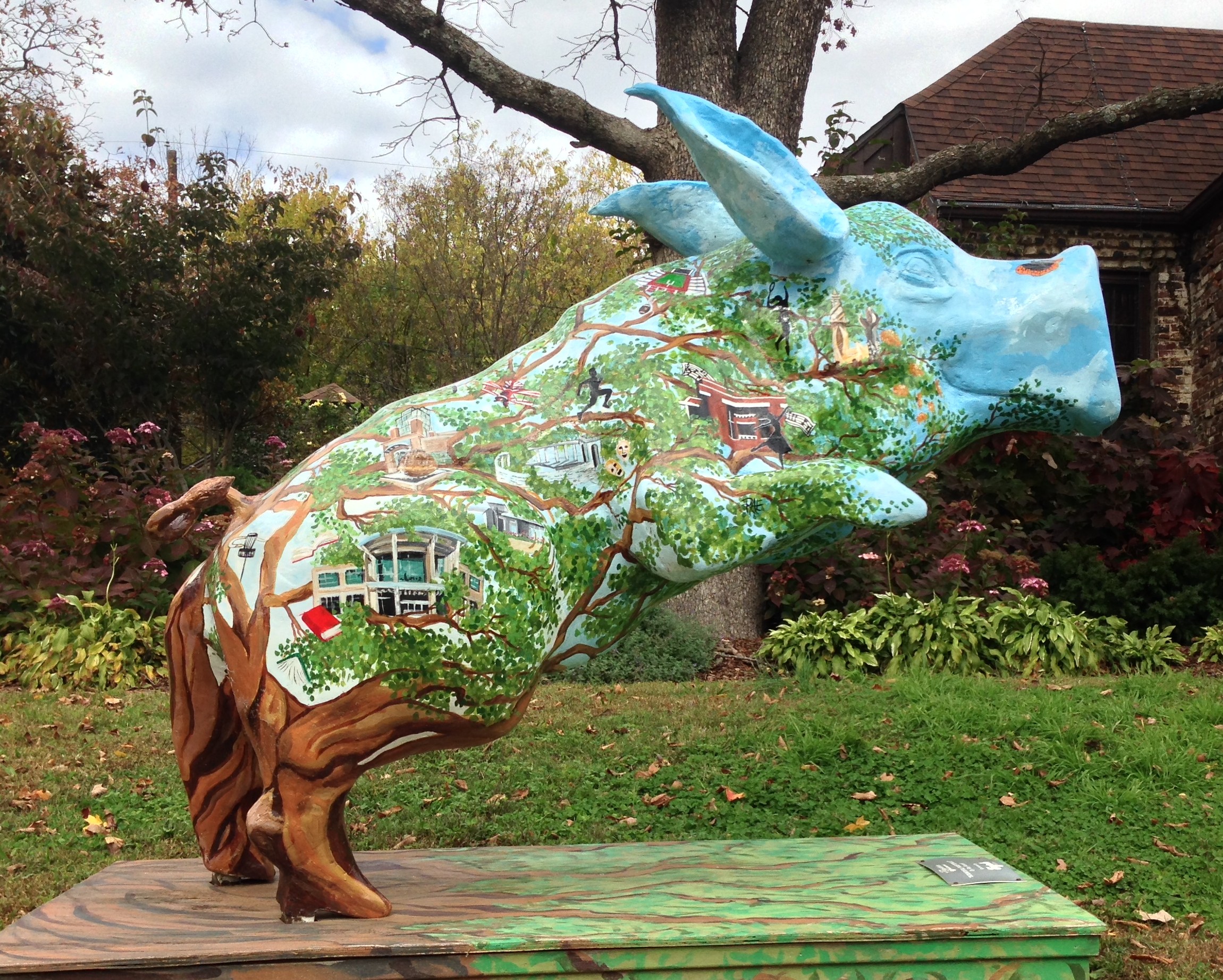 Just what makes Fayetteville, Arkansas funky?  Or as a newer company is calling it – FAYETTECHILL.

Certainly it now has to include the pigs.

The Ozark Literacy Council came up with a genius fundraising idea a couple of years ago.  They auction these delightful artist-created and designed pigs that people lease/buy for a period of time.  It’s a PIGShibition.   You can now spot them all over town.

Arkansas already has a fair amount of pig-a-bilia.  The Razorbacks are the University of Arkansas’s football team.  Hog hats, hog coffee cups, hog Christmas decorations.  You name it.  If it can be made into a pig, it can be found in Fayetteville.

We moved here in the early 90’s.  I wasn’t wild about the idea.  By then, I thought of myself as a big city girl.  I had lived in Dallas for 13 years.  Liked the hustle and bustle.  Didn’t even mind the traffic.

I had three criteria that had to be met before moving.  The first I can’t remember.  The second?   I had to find fresh basil in the store.  That was accomplished.  The third?  We picked a local pub or bar – one that looked like it was favorite.  It was Hugo’s.  It’s a really cool little place where you enter by walking a few steps down from the street.  It has an underground feeling to it.  Really neat.

We sat at the bar.  I ordered the house Chardonnay.  My criteria?  If it was poured out of a box,  I wasn’t moving to Fayetteville.

I have loved Fayetteville.  If you look it up, it’s won all kinds of awards for being a great city to live in.  Come visit some time.  Chill out.

You will develop quite a fondness for pigs.

If you enjoyed this post, the 21st in a series of 30 posts in 30 days (!), please send it on! And as always, thank you for reading!  Subscribe to NestAche if you like as well so you will always know of future posts!