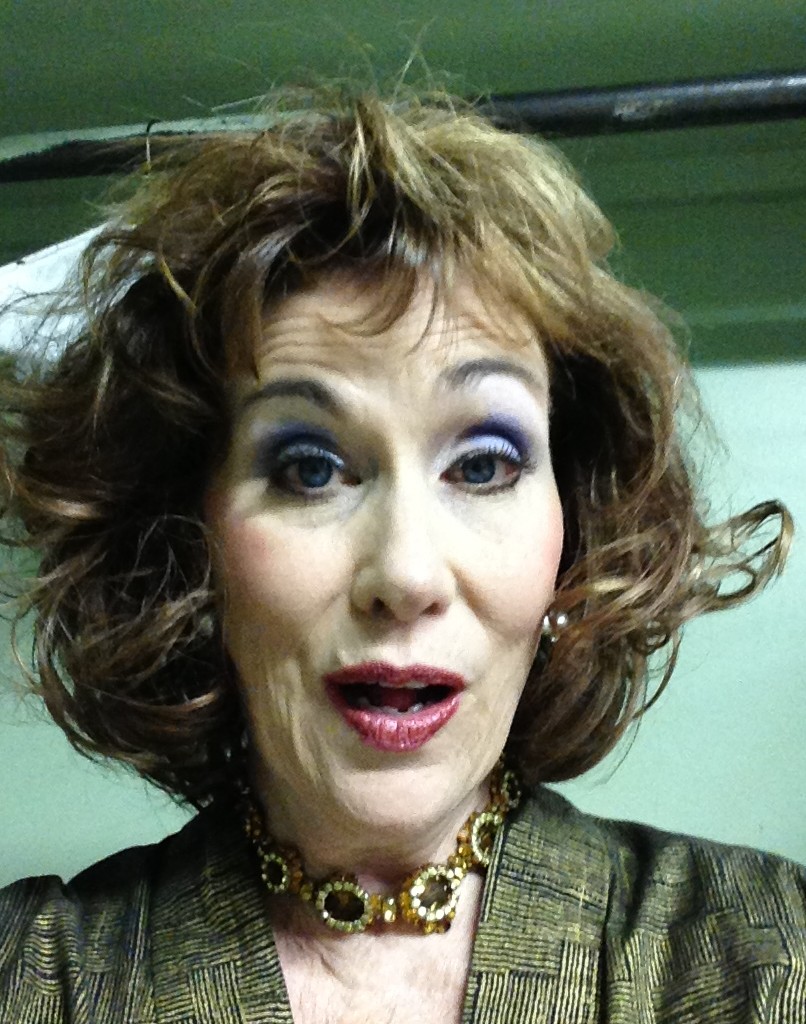 Creating a character in a play is a little like feeling you have multiple personality.  Like in that famous Sally Field movie Sybil.  Obviously you are you, living your life, doing your job, taking care of your kids.  But then you are trying to think like and be like someone else.  The lines that you have memorized roll around in your head like loose marbles.  And frequently, you will feel your character emerge into your real life.  A bit spooky.

My character’s name is Cookie in the play, Rumors.  Cookie is just strange.  She has a cooking show on TV; guess she was right up there with Julia Childs in the author Neil Simon’s mind.  She moans and groans about her bad back and  she’s not all that brilliant, to put it kindly.  Now I fancy myself quite the staunch “never let ’em see you sweat” kind of gal, so channeling my inner whiner has been challenging.

I was listening intently to what a patient was saying the other day in his session.  He was talking about working very hard on something.  Out from the bowels of my mind came these words: ” I work fourteen hours a day.  I cook thirty-seven meals a week.  I cook on my television show.  I cook for my family.  I cook for my neighbors.  I cook for my dogs.  I was hoping for a relaxed evening”…. Cookie’s lines.  I stopped myself somewhere between the two last thoughts that had raced ferociously into the moment.  I yelled at myself, “Shut up Cookie!!!”.  All of this silently, of course,, or my poor patient would have run screaming from the room.  Sybil-esque.  Creepy.  Thank goodness the play is not a musical or I might have burst into song.  Bye bye psychology license.

Dress rehearsal went well.  I had done very poorly the night before in rehearsal – had messed up several lines, was late on others.  My confidence had definitely been shaken.  So this was our first audience.  It was made up of some folks who had bought $5 tickets and others who had been bussed in from a couple of retirement homes nearby.  They loved the show.  There were a couple of people in the audience who perhaps had lost their ability to filter their responses, so we could hear them talking about the show fairly loudly.  Like the character Glenn has an extremely long monologue toward the end of the play.  In the short silence afterwards, we heard a voice say,  “that was a lot of lines he had to learn….”.  Kinda like watching a movie in the theatre seated by someone who likes to editorialize while watching the action.  But these folks were cute.  And I performed better. 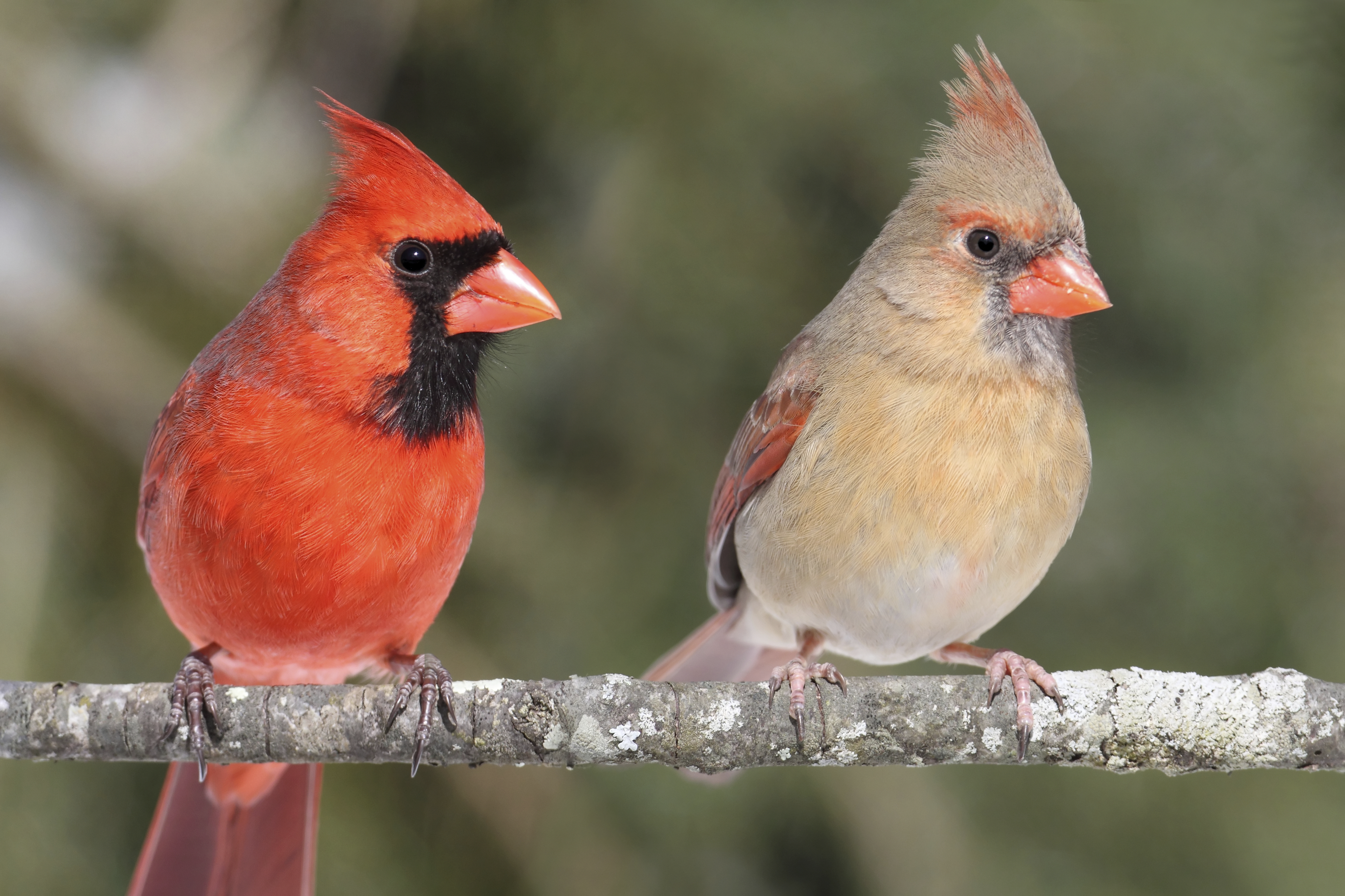 Who wouldn’t think these guys might be a relative of some sort?

Okay, am I the only one who has some superstitions after their parents or someone they really love dies?  Because I will tell you what made me feel more confident driving to the theatre dress rehearsal night.  True, I had taken off work and sat down with the script.  That of course helped.  But driving out of our driveway, I saw, for the first time , the roadrunner that comes every spring.  He or she has a family that run all over the neighborhood all spring and summer long.  They are a delight.  After that, I stopped at Chick-Fil-A  for my nightly lucky chicken strips (For some reason, that’s the ritual for this particular show.  I got a different sauce from the night before however.).  As I was munching away, two cardinals flew into a tree right by my car.  A male and a female.  And they just looked at me.  I had a nest of cardinals every spring outside my bedroom window as a young girl.   Since my parents have died, I always think of the two of them  when I see cardinals and have had my own little private belief that maybe it means something when I see one.  Or especially two together.  Tears came to my eyes.  So I just felt better.  More competent somehow. I am not particularly a bird lover but that late afternoon, my feathered friends really helped bolster my shakiness.  Bird therapy.

Opening night was next!  Lots of “break a legs” and oodles of hairspray.  Things were going swimmingly until the last ten minutes of the show.  I was sitting there, ACTING.  Heard a line that sounded vaguely familiar and the audience laughed.  It was my line.  And I hadn’t said it.  A guy named John had picked it up and said it for me, realizing I was in la-la land.  It was a fairly innocuous line so anybody really could have said it, but still.  That’s just embarrassing.  Then I had to not let that throw me and get on with it, which I did.  Our joke the rest of the run has been, “Who’s going to say Cookie’s line tonight?”.  Doesn’t help that I am the oldest member of the cast.

So tonight is the last night.  Goodbye to Cookie.  Goodbye to this director, cast and crew, many of whom I had never met or worked with before.  Really nice people.  In the light of such tragedy in Boston, with so many people facing physical and emotional struggles they never imagined, perhaps being involved in creating a little comic relief is a good thing.

Am a little afraid that my NestAche will come back full force after the show.  However, we travel to Nashville and Vanderbilt in a couple of weeks to move our son out of his freshmen dorm and put him on a plane to Spain for the month of May.  A Spanish immersion experience.  It’s a class and he is so excited.  So once again it’s Adios to Mamacita. Hasta mañana! Or a month from now, however you say that.  So I get to see him for a few days before he goes and that will be lovely.

Maybe Cookie will be gone out of my head by then.  No more volatile ravings from inside my brain as I am trying to do therapy.  Adios Cookie.  And gracias.