My Own Struggle With Panic Attacks 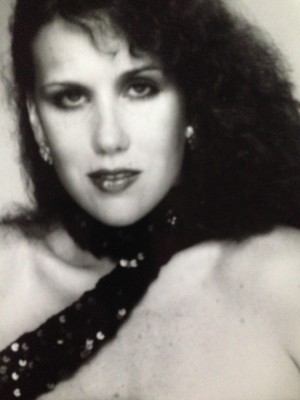 I remember the night that I finally had to admit there was something wrong. And that something was mental illness.

March 1984. It was the night I opened the doors into a big, swanky hotel lounge in Dallas, filled with friends, but mostly strangers, all having a good time. My heart started racing. My hands were sweaty. The walls of the room seemed to cave in. All I could see was a mass of people. No specific faces. I couldn’t breathe.

I turned around, and raced out.

I was having a panic attack.

Not my first. I had had them for at least 2 years. They were becoming more intense, and more frequent.

I didn’t want to admit there was a problem.

My 1st happened when I had a solo in my hometown church. I was working at the time as a professional jingle and nightclub singer. I justified that attack by saying that I hadn’t sung in church in a long time. “Must have been a weird case of nerves.”

The 2nd as during an auditioning in a studio. My legs started shaking. I remember the producer looking at me curiously. “You all right?”. “Just tired,” my response.

I didn’t get the solo.

I was in my mid-20’s — the typical time for panic attacks to begin. They started happening not just at times I was performing.  Other times when I would feel somehow, irrationally, pressured.  I always had to do something incredibly well, even if that was to listen to a friend.

I needed to be all things to all people. Never disappoint. Always be at top performance.

Interestingly, this all began occurring when the reality of my life was far from perfect. Divorced. Living a more chaotic lifestyle, with a relationship that wove in and out of my life that was confusing and belittling. I seemed addicted to choices that led to my own unhappiness.

I had been in therapy, but had never admitted the full extent of the panic. I went to 3 different therapists in the end. One used hypnosis, which I think now would have worked, had the rest of my life been a little less provocative. I didn’t really give his techniques much of a chance.

The second therapist was just bad. A nice enough guy, but we never got down to anything concrete.

Finally, I got to Larry.  I remember distinctly what he said.

Me: “I want to get rid of these attacks. I hate them.”

I didn’t like hearing what he said. But suddenly it made sense.

Acceptance. Of all of me. What a novel idea.

I am sure that I no longer remember his exact words. I have now said something similar to so many patients, that I probably am quoting myself. But his message made a strong impact on me.

I could quit trying to be all things to all people. To be somebody I was not.

Some kind of perfect human being. 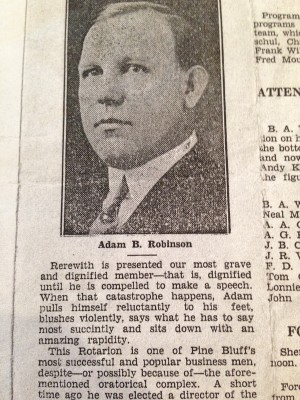 My mother had obsessive-compulsive disorder. From some newspaper clippings I have found, it sounds like my paternal grandfather had panic attacks. I never knew him. But I sound just like him.

Anxiety has a strong, genetic component.

I wish that I would take the time, like Dan Harris details, to learn a technique like meditation. I would probably lick the attacks themselves. He has written about his journey in the excellent book “10% Happier”. I don’t think he would define it as a technique. More like the adoption of a lifestyle.

Maybe I will get there.

[tweetthis remove_hidden_hashtags=”true”]Panic. It’s just what I have. I no longer feel shame about it. #drmargaret #stigma #anxiety[/tweetthis]

Panic attacks can be awkward if they happen. Irritating, like getting a cold on vacation. They can also be extremely frightening, if your heart is racing or your chest feels compressed. You can fear you’re having a heart attack.

You can also begin to fear the fear itself. You can panic about the panic. That’s when you may need professional help, if you’ve not already sought it.

I don’t hate my disorder any more. It’s something I manage. I cope with it.

I fairly frequently realize I haven’t “panicked” in a situation where I might have, in earlier times, automatically grabbed for the beta-blockers I keep in my purse. My “just in case” meds that can be helpful in a pinch. (It should be noted that this class of drugs is not for everyone and is no cure for anxiety. It’s a quick fix. A short-term solution.)

Yet I still have them. They sneak up on me from time to time.

The more open and honest I am with myself – the less I am invested in being something I am not – the less anxiety I have.

Plain and simple.  So the perfectionism – the anxiety – is not running me anymore.

And I am not running away.

Please share if you enjoyed or learned something helpful! SUBSCRIBE and you will receive a free copy of my eBook, “Seven Commandments of Good Therapy”, a basic guide on how to choose a potential therapist or how to evaluate your current therapy. You can privately message me: askdrmargaret@146.66.99.73.