Knowing What You Know Today – Would You Still Marry Your Partner? 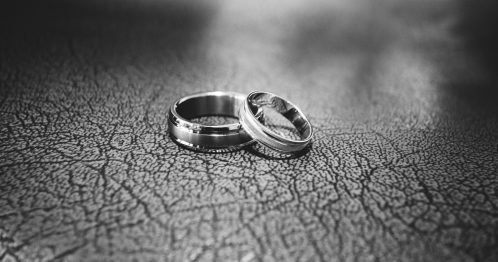 If you’re married, at one time in your life you looked at your partner-to-be and said, “I want to marry you. I want to spend the rest of my life with you.” You felt love. Tenderness. Passion. And you meant it.

Years later, how do you balance all that you’ve learned? Having lived out the disappointments, the irritations, the hurt as well as the laughs, the joy, and the growing trust — knowing what you know today, would you still marry your partner?

A couple who would answer “yes” turn toward one another…

Let’s talk about Jack and Diane — a couple I saw many years ago. Their story has remained etched in my heart and mind.

Jack was in his early 70’s, Diane a bit younger. He was going blind from diabetes, and only had a few months before he would completely lose his sight. His military career had mandated their moving almost constantly as a family through the years.  He had been professionally successful; she had been a stay-at-home mom but now worked part-time in a job she loved.

Jack was gruff and a little dominating, but likable. Diane was more subdued, but with a sparkle in her eye.

At first, I didn’t understand all of what had brought them to therapy. They laughed and joked around a bit. We focused on the pragmatics of what life was going to be like when Jack could no longer see, and we did some problem-solving. Their children didn’t live close by, so they would face the bulk of this transition alone. They needed to grieve as well, what I term “anticipatory grieving,” – knowing something inevitable is going to happen and grieving together about it. But my gut felt as if something was being avoided — something else was going on. So I decided to talk with each of them them privately.

My gut was right.

Jack stumbled on his words, sounding quite different than when Diane had been in the room. His bravado was gone and what was left was sadness. And fear.

He shook his head slowly back and forth, as he explained, “I know I dominated the family. I didn’t know how to be any other way. It’s how my dad was, and his dad. Diane made her life about me and what I wanted. Until I saw how much she adores her job now, I never considered that she hadn’t followed any of her own dreams. I knew she had them when we first met, but we never talked about them after she had our first child. Now I see I was selfish, self-centered. I want her forgiveness, but I’ve never been good with words.”

He paused for a minute.

“I know she’ll say she forgives me. She’s like that. But I have to be able to see her face, to know if she really means it. And yet, I’m so scared to ask.”

Julie and John Gottman, famous marital therapists and researchers, would call what Jack is doing “turning toward” Diane. If she does the same, then healing can occur. Jack wanted my help to be vulnerable and form those words, to admit what he recognized in their years together, and how he felt shame for its impact on her.

Then I met with Diane. And her words were striking in their candor and insight.

”I allowed Jack to dominate our relationship. There were reasons. I was insecure about doing anything but being a mom. My friends didn’t have careers and my mother, who was quite the martyr, criticized me for even thinking about it. I also knew that underneath that hard exterior, Jack counted on me. He needed me, whether he knew it or not. It’s not that I wasn’t really mad sometimes. I felt unappreciated for sure. But I didn’t speak up — ever.”

The next session, I asked Jack if he were ready to reveal what he’d talked about with me. And I watched as Jack tearfully apologized. There were tears in my eyes as well as Diane forgave him. 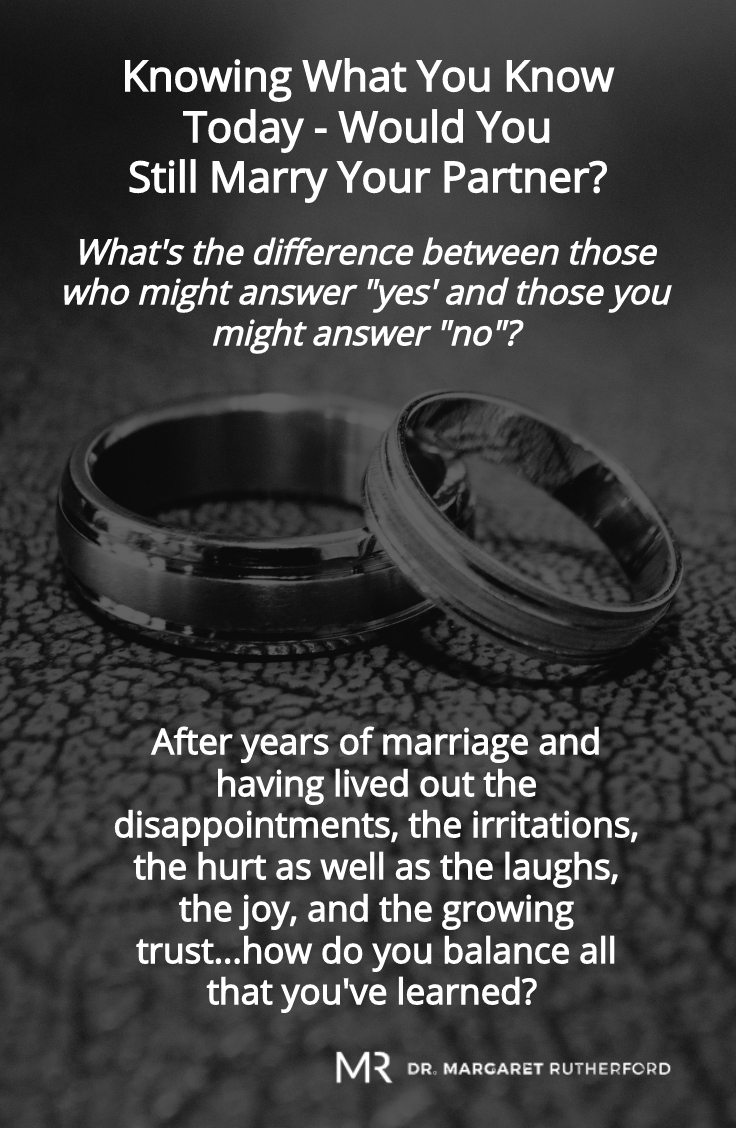 She sounded, and looked, like she meant it. And she told him of her own insecurity and the shameful messages her mother had given her about wanting anything other than children.

So why did this conversation work? What were Jack and Diane doing that others struggle with?

Jack and Diane had an understanding of how they’d interacted — how their strengths and their vulnerabilities had been interwoven throughout their life together. They were taking responsibility for their own actions. They were admitting their role in a problem. They were turning toward one another.

The couple who would say “no” turn away…

If the answer is “no,” then that knowledge is reflected in your everyday life. You may be bitter or detached. You may blame others for your unhappiness. You may feel cheated or like life’s been unfair. You may be lonely. If you’ve been abused, you may have struggled to find the strength and the courage to leave, and are simply trying to survive.

There’s so much sadness in that answer of “no.”

If you realize you’ve hurt or disappointed your partner, it’s never too late to turn toward them — to ask for their understanding or forgiveness — to build a more intimate bond.  It requires vulnerability. It takes courage. You have to risk seeing something in their eyes that will be hard to see or hearing something that’s painful to hear.

But that apology — that acknowledgment of your role in in what went wrong or was painful – can be a first step toward making the answer to that question… “yes.”

You can hear more about depression and many other topics by listening to my podcast, SelfWork with Dr. Margaret Rutherford. Subscribe to my website and receive one weekly newsletter including my weekly blog post and podcast! If you’d like to join my FaceBook closed group, then click here and answer the membership questions! Welcome!