Kids Are Getting More Depressed. Ten Things You Can Do. 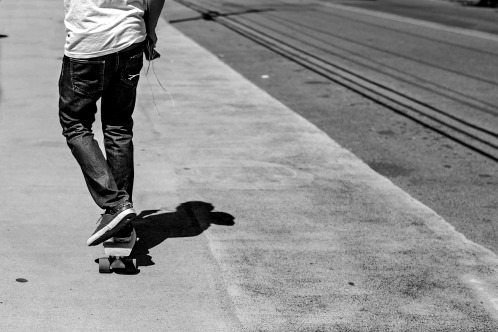 This post was originally published in 2017 after I watched the first season of 13 Reasons Why, which has gone on to have three more seasons. I wish I could say kids and teenagers are less depressed today than then, but unfortunately that’s not the case. The pandemic is affecting them as well as the adults in their lives, and remote learning doesn’t mean that peer pressure or bullying has gone away.

Not too long ago I watched “13 Reasons Why,” a Netflix series depicting a young, increasingly depressed teenage girl losing the fight with her will to live; it was based on the book by the same name. The character, Hannah Baker, dies a horrible death by suicide.

In the moments prior to her death, she sent out tapes to the thirteen people she believed lied to her, bullied her, manipulated her, abused her, ignored her, or simply disappointed her. How those kids handle her message is both fascinating and haunting to watch. Whatever you walk away believing about her, her friends, her family or her school, the show makes the point that kids with depression are walking around in plain sight.

I’ve read the accolades as well as the criticisms of the show, “It’s romanticizing suicide.” “Most of the adults in the show seem out of touch.” “It didn’t talk about depression.” “Thank God someone is talking about how bullying can have such scathing and traumatic results.” “For the executive producer, Selena Gomez, it was a passion project. It’s meant to be real.”

The three most powerful themes of “13 Reasons Why”...

In considering the series, three themes were the most powerful for me.

On one hand, you have teenagers keeping secrets from teachers, parents, and each other. On the other hand, you have the greater context of rumor and gossip insidiously fueled by the near-constant use of social media,  creating immense fear of all your peers seeing and knowing instantaneously your very private moments.

2) The continued sexualization of young girls.

This can end horribly in rape or sexual assault, made more likely by social pressure, heavy use of alcohol and drugs.

3) The tragedy of hidden depression and suicide

When someone doesn’t let others know that their will to live is slipping, it’s such a a dangerous secret and preventable tragedy. When it’s severe, they can feel overwhelmed with hopelessness and are disengaged from the impact their death might have on those who love them. They may even convince themselves that their suicide would create welcome relief.

The characters in the show might be exaggerations; certainly not every kid’s experience of high school is quite this painful. But it’s hard for many and it’s unquestionable that depression is increasing in our children. A recent study, using 100,000 kids aged 10 to 17 who were self-reporting via computer, found that by the age of 17, 13.6 % of boys had experienced depression, and a whopping 36.1 % of girls. That’s one in three girls.

Michael Yapko, an internationally known expert on depression states, “While we have known for many years there is a gender gap in depression, this study indicates the divergent rates for depression in boys and girls begin even earlier than previously understood.  The gap is already sizeable by age 12.”

“These data add to the key arguments I’ve been making for years. First, when I wrote Depression is Contagious and Hand-Me-Down Blues and pointed to the social and intergenerational risk factors for depression, I heavily emphasized the need to move away from drugging people, especially kids, and paying closer attention to the social and cultural factors predisposing people of all ages, but especially young people, to depression. Identifying and addressing these risk factors hold the key to my second key point: Prevention is better than “mop-up.” By the time kids become depressed, the risk factors had already been in place and then gradually gave rise to a first onset depression.”

Understanding Your Teen’s World and Their Perspective...

I recommend watching “13 Reasons Why” with your teens. (They may have already read the book or watched the show by the way.) You have to assess whether or not they’re mature enough as it is difficult to watch; there is a lot of violence and. of course, the audience sees Hannah’s death. But watching this show together can open up a discussion with your child about their world. Not only can you observe their reaction, you can also ask them what from the story is relatable for them and what isn’t. 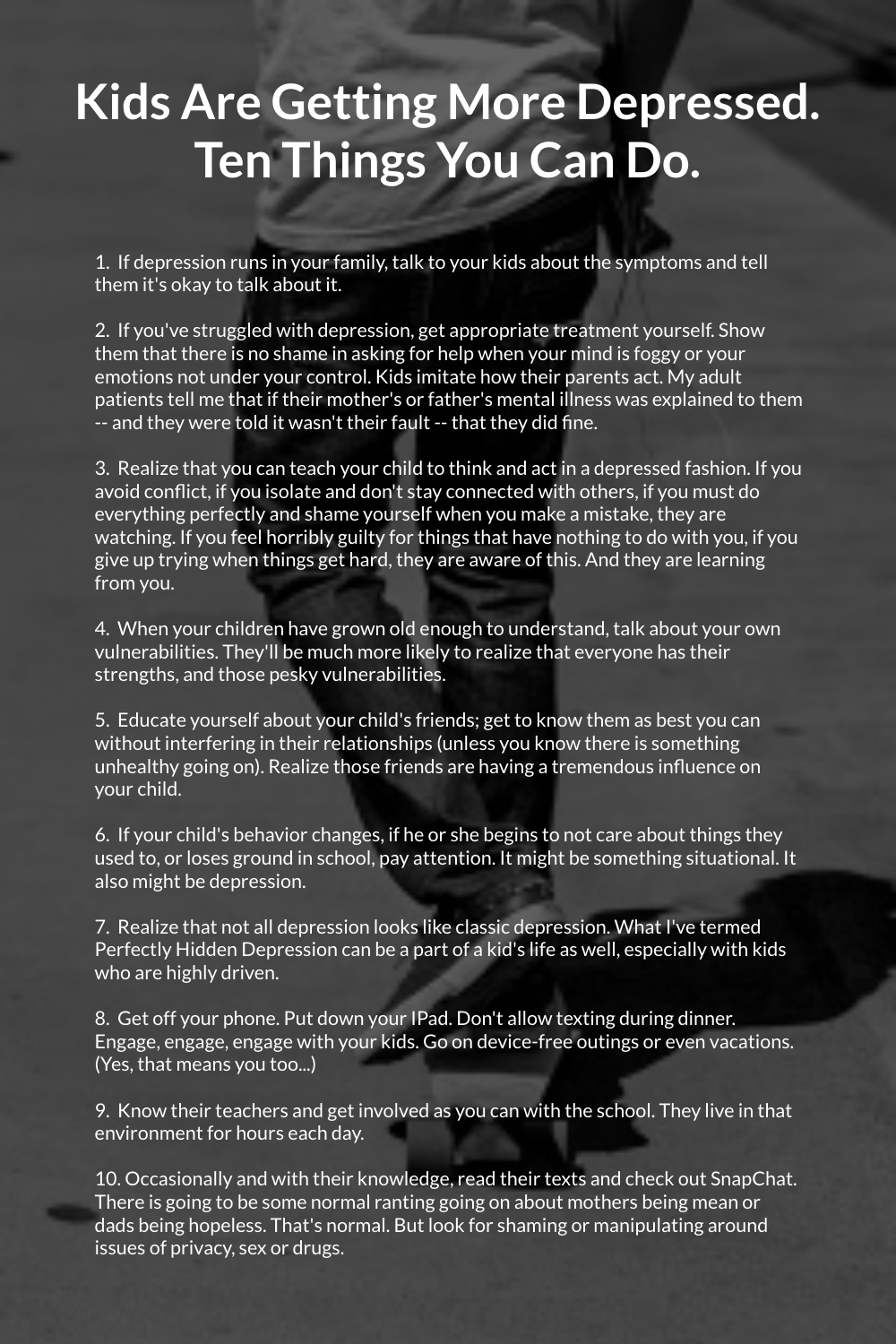 When my son was twenty-two he once said to me, “You know Mom, when you were growing up, people called each other. You might not drop by someone’s house, but you called them first. It would have seemed weird to just show up on their front porch. That’s the way my generation feels about calling. We think that’s way more intrusive than texting. So we text.”

I hadn’t thought of it from his perspective. I wonder how much more I don’t get, not because I’m not interested. but because I’ve underestimated how different our perspectives could be.

If shows like “13 Reasons Why” can help us understand our children’s world, to stop trying to understand it using our own generation’s norms, perhaps we can better help them get through what can be a trying time.

When you’ve sat in the room with someone whose child has died, the pain is so deep, it’s hard to breathe. When it’s suicide, the questioning is relentless and endless. Unfortunately, it’s too late for them to save their children.

But it’s not too late for you and the kids you love. Here are ten things you can do today to help your children understand and deal with their emotions and navigate their world.

You can hear more about depression and many other topics by listening to my podcast, SelfWork with Dr. Margaret Rutherford. Subscribe to my website and receive one weekly newsletter including my weekly blog post and podcast! If you’d like to join my FaceBook closed group, then click here and answer the membership questions! Welcome!