Kid Cudi’s Journey Out Of Depression 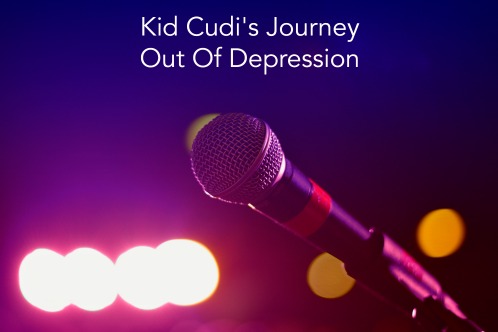 I’d not heard of Kid Cudi until this month.

He’s a famous musician, among other roles he plays.

He’s also a man with serious, severe depression. He entered a psychiatric treatment center this week for help. He couldn’t handle the feelings anymore. He was too close to suicide.

And he’s talking about it.

Kid Cudi is showing, by his example, what black men, white men, Hispanic and Asian men have to begin admitting — that depression is real for them, although they might want to believe that they can fix it themselves. Others celebrities have come forward before, Bruce Springsteen just last month. But his actions speak volumes.

“It’s been difficult for me to find the words to what I’m about to share with you because I feel ashamed. Ashamed to be a leader and hero to so many while admitting I’ve been living a lie. It took me a while to get to this place of commitment, but it is something I have to do for myself, my family, my best friend/daughter and all of you, my fans. Yesterday I checked myself into rehab for depression and suicidal urges.”

Facebook responses are full of gratitude, both for what he has been to others in the past, and what his actions this week could mean for that one man who’s contemplating the same thing — or, tragically, the thousands of men.

The suicide rates for men have been growing every year. Women attempt more, but men are more “successful” at killing themselves.

Kid Cudi’s words seem to suggest that he has suffered with Perfectly Hidden Depression. People with PHD either intentionally hide their sadness and despair, or they’ve become so accustomed to doing so, it’s like second nature to them. There’s no planned strategy to hide. There’s simply not another way to live. You’ve got to have that emotional wall between you and everyone else.

People with PHD urgently need to keep up a false front of bravado, energy, and independence. Those with more classic depression struggle, but they have recognized its presence. They call it depression. With PHD, you may know internally there’s something wrong, but often, your mind can’t figure it out. You can’t accept the hurting part of you, so you actively detach from it.

What will happen now in treatment?  First, he’ll be safe. No more need to pretend. No normal stressors, although there are certainly stressors about going into treatment. He’ll get individual therapy. Since he’s suicidal, a psychiatrist will probably consider medication. He’ll be asked to write, to talk, to experience what he’s been fending off for so long. He’ll be supported, and constructively challenged by therapists, as well as other patients in group therapy. They have walked where he is now walking. It’s likely his family will be involved in some way, although that depends on the program.

Those who put down people with mental illness, who stigmatize the fact that someone’s thoughts and feelings have turned self-destructive, would tell you there is something weak about seeking treatment.

“Sure, I’d like to go somewhere where I don’t have to worry about things. Sounds like a vacation to me.” 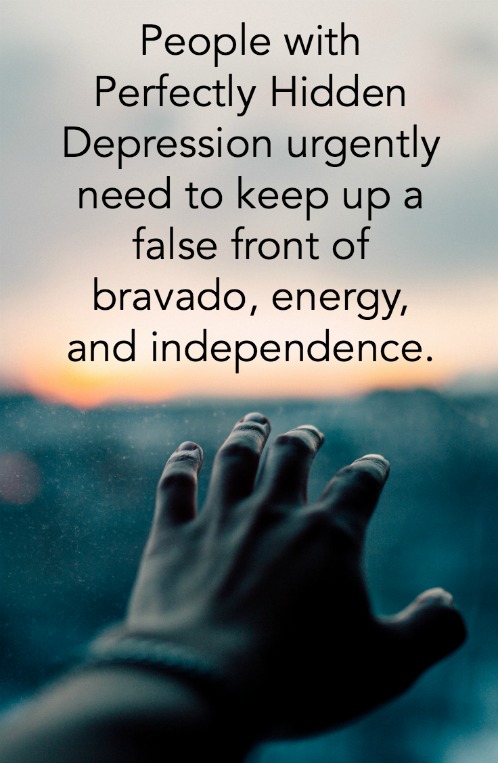 Battling suicidal thoughts is far from a walk on the beach.

After inpatient treatment comes the even harder work — coming back to normal life, and trying to live differently. Choosing differently. Putting insight into action. Monitoring your thinking and mood for signs that your depression is returning. Learning to manage your disease. He’ll be making changes for months, even years, to come — if he uses treatment well.

Someone said to me yesterday, someone who is also struggling with severe depression. “But you know there’s stigma about going into a hospital. Come on… really….” I wasn’t disagreeing with that fact.

It simply makes me sad — and angry. Stigma’s been around far too long.

Treatment can help, whether inpatient, outpatient intensive, or outpatient. It’s not a panacea. It’s hard. It takes brutal honesty with yourself and taking responsibility. It takes courage and determination. And it doesn’t always “work,” not by a long shot.

But it’s better than not trying.