Is It Self-Pity, Depression Or Perfectly Hidden Depression? 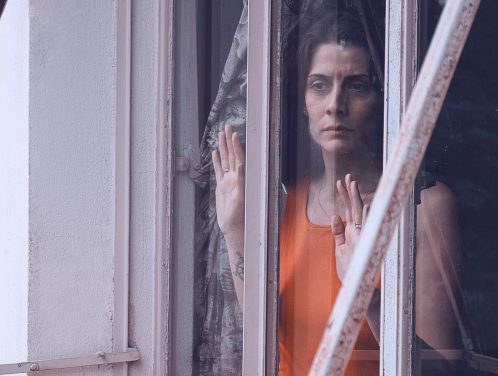 It’s difficult to be around someone whose always whining.

What does whining sound like? “I can’t get a break.” “Bad things seem to always happen to me.” “Wow, you’re lucky. My kids never call.” “My ex took my best years and I’ll never get them back.”

Basically you believe that your life has never and will never be happy and you don’t waste much time in telling others about it. The irony lies in the fact that self-pity prevents you from taking responsibility for that happiness or realizing what could potentially be created.

I wouldn’t wish the habit of self-pity on anyone. It’s paralyzing and hard to break, as you continually see life through a filter of blame and rejection.

But self-pity isn’t the same as the negativity or loss of hope in depression. If clinically depressed, you’re dealing with an unwanted and unchosen barrage of negative, destructive thoughts and emotions. When you’re drowning in those thoughts and emotions, it’s very hard to be engaged with others or interested in anything outside of your own head. At times, you’re literally fighting for your own life. That very detachment can be unfairly criticized and labeled as, “You’re just feeling sorry for yourself. Snap out of it, and start thinking about someone other than yourself.”

That’s like telling someone who’s deaf to listen — or blind to see. At that moment, until the depression subsides, the mind isn’t capable of healthy thinking. To compound things, the more severe the depression, the more difficult it is to crawl out.

Society can make healing more difficult by its continued prejudice and misunderstanding about depression. Perhaps you might delay seeking help, afraid that revealing all that is going on in your head to others might make them think you’re simply whining. In studies I conducted in 2015, a major reason women gave for not seeking therapy was how it would be perceived socially. For men, the primary reason was that they believed that that they could solve their problems themselves.  (It’s true that depression can remit on its own, with time. But not always — and not without doing damage while it exists).

We, as a culture, have to stop looking down on ourselves or others for experiencing what is a disease.

What terrifies someone who experiences perfectly hidden depression?

If you’re unfamiliar with perfectly hidden depression, here is an early video of me describing what it looks like.

Perfectly hidden depression is when you mask your depression by outwardly appearing perfectionistic. You won’t allow your pain or sadness to be expressed, and you are petrified of anyone being able to see an inkling of self-doubt or sorrow, fatigue or vulnerability.

So you’re seen by others as a “mover and a shaker” — you know how to get things done, and done well. Your life looks great; absolutely no whining is coming from you. You count your blessings every day and there’s not a self-pitying bone in your body.

No one sees what you’re hiding inside. No one knows the amount of insecurity, self-loathing or shame that exists in your reality. Because it’s perfectly hidden. So, the fear of exposure can become intense. It can feel as if your whole world will cave in if anyone finds out that you struggle — or that you have secrets you’ve never shared.

The fact is that it won’t; the far greater risk is getting lost in your own silent and very lonely hell.

Acknowledgment of pain or hurt from the past or the present leads to understanding. If you wallow in that hurt, it is possible for it to turn into self-pity if you allow that pain to define you. But to make the connection between painful experiences and who you are today and, in turn, how you’re making decisions and functioning is an extremely helpful process. 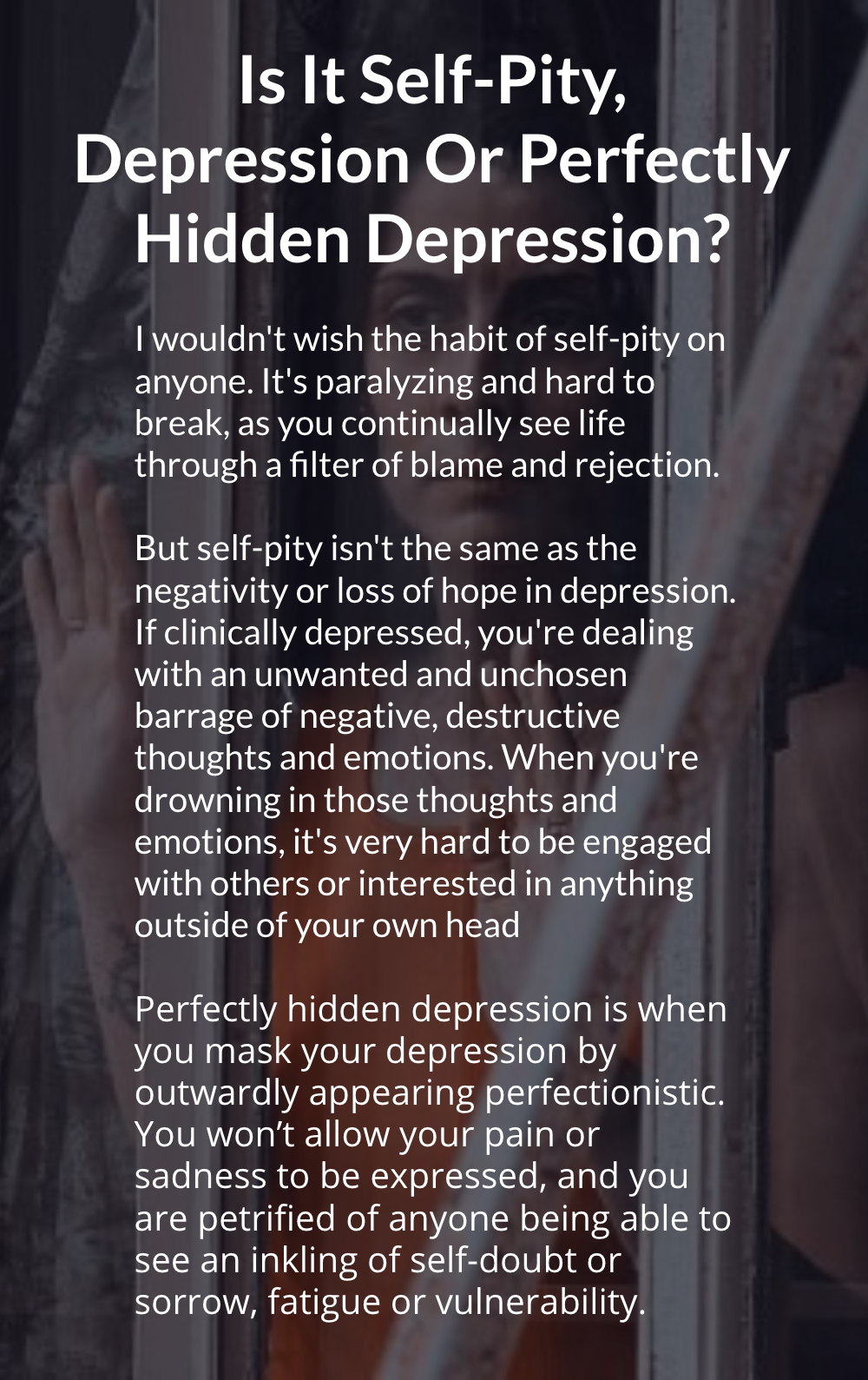 Self-compassion is healing. Self-pity is destructive. There’s an immense difference between the two. Yet all too often we get them confused and because of that you may be alone in your struggle with depression.

If you know someone suffering with depression, listen to them with compassion, support them as you can, and encourage them to seek appropriate treatment.

And have the same care and compassion for yourself.

Photo by David Cassolato from Pexels.