How To Step Away From Paralyzing Shame 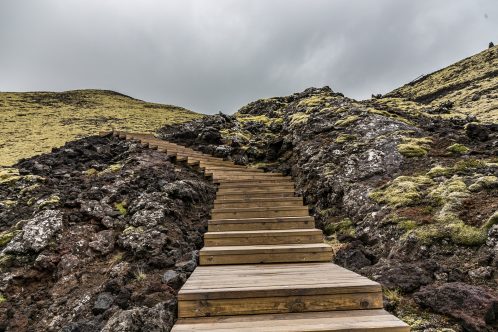 I’d struggled through a chaotic ten years. I’d ended two marriages –  for very different reasons. Yet I was acutely aware that the common thread between them was me. I was struggling to even think of myself as a worthwhile person because of the piercingly constant negative voice in my head.

Nobody could tell at the time. I hid it well, making jokes about my two trips down the aisle and pretending that I was taking it all in stride. I was doing well in graduate school and my last year, I took pride in the fact that a professor seemed surprised when one of my colleagues mentioned my divorce our first year of school, “You got divorced? I’d never have known that.”

My mask was tightly in place.

But at night, when I was alone, the shame was waiting for me. It belittled me constantly, badgering me into the belief that I wasn’t capable of true intimacy. It insisted that I’d only continue to make other mistakes and hurt other people. It convinced me that I didn’t deserve anything better.

It’s only when I began fighting it tooth and nail, when I realized that I was unfairly shouldering all of the responsibility for what had happened in my relationships, that I could begin to believe in myself again.

I hear the same struggle with shame in people who feel that they did something they struggle to live with and can’t move on. I hear it from those who have been abused emotionally and physically, believing that somehow they to blame or even as a child, should’ve stopped it. I hear it from those who’ve convinced themselves that they are unloveable because of a problem or secret that feels unmanageable.

“I let this happen. Who in their right mind would allow this? I should’ve left long ago.”

“My mother always told me things were my fault. That’s my first thought now when something happens.”

“Shame is helpful if it lasts for 10 seconds… “

Years ago, a supervisor I had talked about shame. He was a lanky, opinionated, boots-and-jeans Texan, who I didn’t care for initially. However, he had written some very good books which I admired, so I listened to what he had to say, albeit with a skeptical ear, “Shame is helpful if it lasts for ten seconds and leads to a change of behavior.”

I didn’t believe him at the time because I thought shame kept you in line. I felt you needed to hang on to feeling bad as if it was the same thing as having a good conscience.

Now I know that he was right. While the ten seconds part was a bit of a dramatic spin, overall there was a lot of wisdom in his sentiment.

Shame is not the same as a good conscience…

Shame absorbs itself into your very being, so you believe that you’re someone bad or inferior at your very core. Rather than accepting that you made a mistake, that you hurt someone or yourself, or that you did something you once believed that you’d never do, shame turns that act into all of who you are.

You can also feel shame for something that was done to you, even if you had nothing to do with creating that situation; this can especially happen when you’ve been victimized.

You can also feel shame for something that was done to you, even if you had nothing to do with creating that situation; this can especially happen when you’ve been victimized. 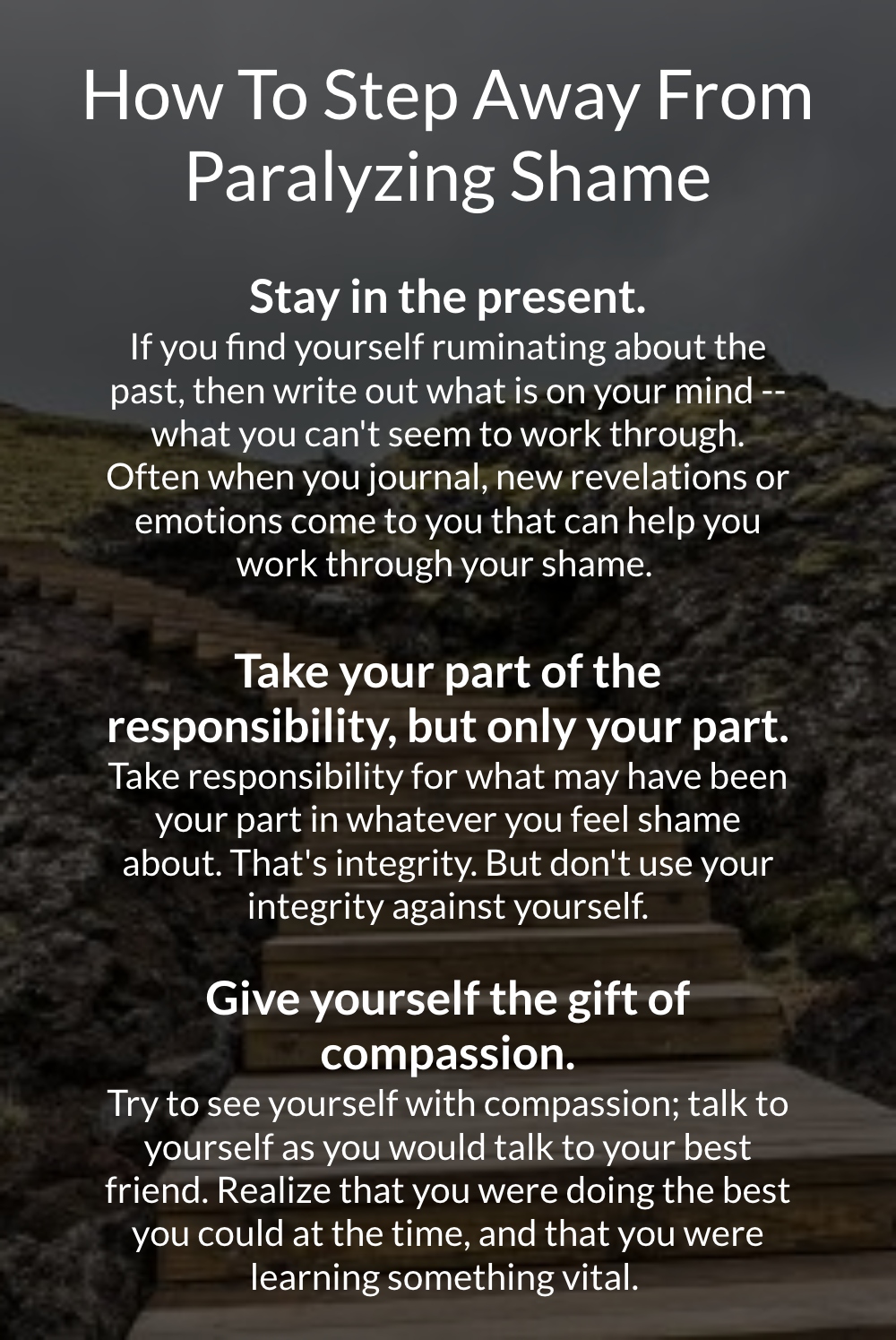 Letting go of shame today helps you avoid more of this self-destructive thinking. In fact, if you hold onto it, if shame leaps into your mind every moment that you’re not distracted by something else, you’re likely to continue making more decisions that only increase your feelings of shame. It becomes a self-fulfilling cycle.

So what can you do about shame? Here are some ideas.

Three things you can do to manage shame…

Stay in the present.

I get wrapped up occasionally in the “what if’s” of life. It’s then that I can feel the remorse, echoes of the pain I was a part of creating back then. So, it’s important to step back into the present where I belong. If you find yourself ruminating about the past, then write out what is on your mind — what you can’t seem to work through. Often when you journal, new revelations or emotions come to you that can help you work through your shame.

Take your part of the responsibility, but only your part.

Take responsibility for what may have been your part in whatever you feel shame about. That’s integrity. But don’t use your integrity against yourself.

If you’re carrying shame about trauma or actual victimization, please realize that anyone at anytime can be a victim. You did the best you could to handle the shock of your own abuse.

Give yourself the gift of compassion.

Try to see yourself with compassion; talk to yourself as you would talk to your best friend. Realize that you were doing the best you could at the time, and that you were learning something vital. You can write again about what exactly it was that you learned and how you’re applying that learning to today. That gives those “shameful” years a much more positive meaning.

I’ve been married for over thirty years to “my current husband,” as he jokingly calls himself. Certainly, loving someone well and being loved has helped me heal.

If you struggle with shame? Please join me. Here. In this day. Today is where you belong as well.