How To Forgive Yourself: Five Not So Simple But Important Steps 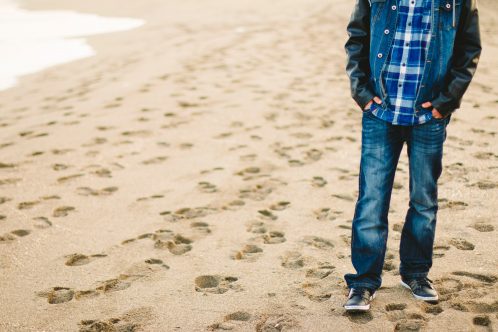 Most of us are spending more time alone these days, and that might be causing us to look back on past actions with regret. If you’re having a difficult time forgiving yourself for some of them, then this post is for you.

The word forgive has several meanings. “To grant pardon… to absolve.. to give up all claim… to cease to feel resentment against…to cancel an indebtedness…” Forgiving others is one thing, but the process becomes even more complex when you think about forgiving yourself.

Feelings of doubt can complicate self-forgiveness. How do you know you’re not simply letting yourself off the hook? That you’re not taking responsibility for your actions? Is there a statute of limitations on guilt? If you forgive yourself, does that mean you have no more remorse?

Shame and guilt factor in here, and they reside on many different levels. Perhaps you married someone you didn’t really love and eventually divorced. Maybe as a kid you stole money from your parents and blamed your brother. Maybe you were depressed and tried to take your own life.

You look back on that now and shudder, “How could I have done that? Why did I allow myself to make such horrible decisions?”

You may further wonder if, since this is in the past, does that mean all is okay now? If not now, when?

There are certainly many people in the world who never take responsibility or blame for their actions. They struggle with narcissism, meaning they’re highly self-absorbed and can be extremely manipulative. They not only let themselves off the hook far too easily, they may never hang themselves on it in the first place. The following thought process, referred to as the The Narcissist’s Prayer, is funny — unless of course you’re on the receiving end of these words.

That’s narcissism all right. There’s tremendous insecurity underneath that relentless barrage of blame, but that doesn’t change the damage done.

Some fortunate, non-narcissistic individuals have a clear understanding of innate human fallibility and this allows them to learn from their mistakes and move on. Others have faith that guides them to forgiveness, both for others and for themselves. There are many reasons that some don’t struggle with self-forgiveness.

But what if you wake up in the middle of the night and obsess about the smallest of things — everything from what you said at a party to who you slept with in high school to the catty thing you said about a friend five years ago? What if they’re more serious things that you can’t trivialize — that you realize now were horrible mistakes?

Especially if you suffer with anxiety or depression, these thoughts can run you ragged, keep you up at night and stop you from ever having a true sense of self-esteem. You can never — even in your own mind — live down your past.

For whatever reason, if you’re someone who can’t and are weighed down by shame you’re probably wondering, “How can I ever forgive myself?”

1. Choose to be engaged with the present, instead of the past.

A lack of self-forgiveness keeps you rooted in the past. Maybe half of you is in the present, open to opportunities and ideas around you. But the other half is focused on whatever happened years ago.

So guess what? You’re going to miss all of who you could be in this moment, and even rob the people in your life now from having a dad or mom, a friend or a colleague, who’s fully engaged.

What a waste for all of you.

2. Learn to tolerate and accept the mistake.

Years ago, I tried to fix a mistake by making another one. I was dating someone who’d been abusive to me. I was ashamed of not getting out, so I married him in order to convince myself (and probably others) that the relationship had been right all the time. It was all going to work out.

Letting go of guilt and shame doesn’t involve relabeling a mistake as not a mistake. It doesn’t mean justifying or rationalizing it. It takes having the integrity to admit to yourself that you were wrong and tolerating that knowledge. 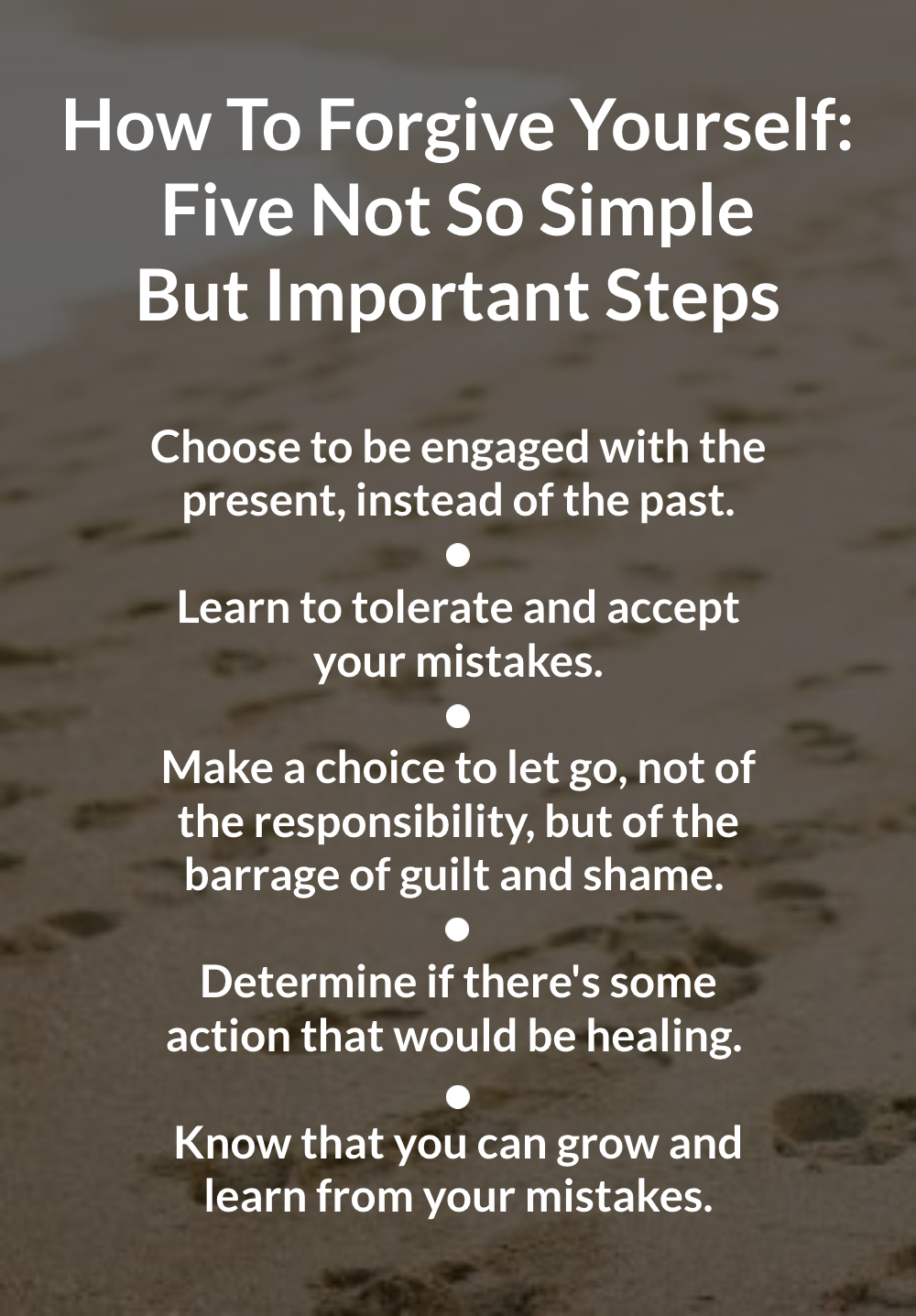 Your mistake doesn’t define you any more than the choices you’re proud of. We’re all a composite of our mistakes, our foolishness, our selfishness —  and our successes. Give yourself the compassion you’d give others.

3. Make a choice to let go, not of the responsibility, but of the barrage of guilt and shame.

There’s a difference between taking responsibility for the hurtful impact your choices made on others, and carrying around guilt for years and years. The first reflects integrity. The second can be self-destructive. And if it turns into shame, where you not only feel guilt, but begin defining yourself as a “bad person” because you did it, then you can have a more severe problem.

4. Determine if there’s some action that would be healing.

Think about if there’s something you can do to help remedy the mistake. If so, act on it after giving it some thought. Be careful. Remember you can’t fix it — but there may be an action that feels healing.

Perhaps it’s an apology or conversation with a person you wronged. Perhaps it’s going back to the store you stole a candy bar from when you were eight and paying for it. Perhaps it’s recognizing that you need to make some changes in your current life circumstances. Journaling about your regret will bring about some healing.

5. Know that you can grow and learn from your mistakes.

“Shame is a helpful emotion if it lasts ten seconds and leads to a change in behavior.” Decide how you want to let an old mistake, or one that you just made yesterday, change the way you behave. And then go for it.

You actually learn far more from mistakes you make than you do successes — if you don’t riddle yourself with shame.