How Do You Heal From Parents Who Hurt You 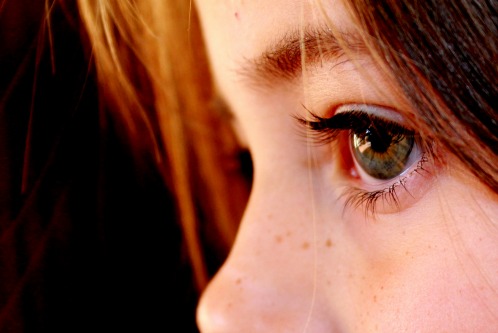 When my dad died, I knew something had changed forever.

My dad was very open with his love. One of his favorite things to say when I’d made a mess of things was, “You can always come home.” He’d send me a hand-written letter when things were tough, often quoting scripture, but always with a supportive, guiding message that reminded me of what was really important in life. And I knew how his eyes would light up when he saw me, especially when I no longer lived in the same city as him and my mom. I’m sure my brothers saw that same light.

I know my husband loves me, but let’s face it, I’d have to be gone a long time before his eyes lit up. We’ve been together way too long.

My dad’s love was probably the purest love I’d ever experienced. And I was very lucky.

What if you weren’t so lucky… what if your parents hurt you?

As a therapist, I’ve heard hundreds of stories of children, now adults, who suffered terribly at the hands of the very people who were supposed to care for them. Maybe you didn’t actually ever get to be a child, but had to grow up almost instantaneously in order to handle day after day of being ridiculed, demeaned, abused, or forgotten. Maybe you absorbed the message you weren’t important and have struggled for years with esteem or worth.

“I can’t remember too much of it. It’s a blur. What I do remember is all the fighting.”

“I just did what I had to do. I tried to stay out of his way when he was drunk.”

“One day my mom would be so sweet, but the next she’d come after me with a vengeance. She always told me it was my fault.”

“I couldn’t tell anyone, but me and my brothers were always hungry. I cooked when I could find food.”

Healing isn’t about going back and blaming parents for whatever their shortcomings were. Blame will likely leave you stuck, paralyzed in bitterness, anger or even fear and you risk being imprisoned by the past. It can cause you to walk around with a huge chip on your shoulder, thinking the world owes you for the crummy childhood you had.

But it’s not healthy to discount it either.

There’s no doubt about it. It was crummy. And unfair — maybe even cruel and intentionally hurtful.

How do you heal from unhealthy parenting?

Healing is first about acknowledgment.

I worked with a great big burly guy several years ago; I’ll call him James. He had terrible obsessive-compulsive disorder, and would drive himself crazy feeling compelled to do things in a certain, rigid order, day after day — living out the same ritual. He also had a bad temper, and had been violent at times when arguing with family members. He was a bit unsure about therapy, but was willing to try.

Medication helped him immensely with his OCD, as well as some changes we worked on in his daily behavior and in his thinking. But it wasn’t until he revealed being sexually abused by a grandfather in his third or fourth session that quick tears came into his eyes.

I said to him, “Did you ever consider that your abuse is connected with your anger today?”

He looked at me, a little confused at first, then with the light of recognition coming into his eyes.

“I never thought about it like that. I don’t want anyone to mess with me.”

For the first time in his life, James was understanding the connection between who he’d become as an adult, and his childhood. It seemed so simple, but he’d completely discounted the damage that had been done to him.

There are many people who do the same thing.

Your past doesn’t have to have power over you. But you may believe that if you deny it or discount it, you’ve got things under control. It, perhaps sadly, doesn’t work that way. That child that was frightened, or stunned, or hungry, or lonely, or needed attention – that child is still within you, waiting for your acknowledgment and understanding.

So how do you heal from the hurts of the past? 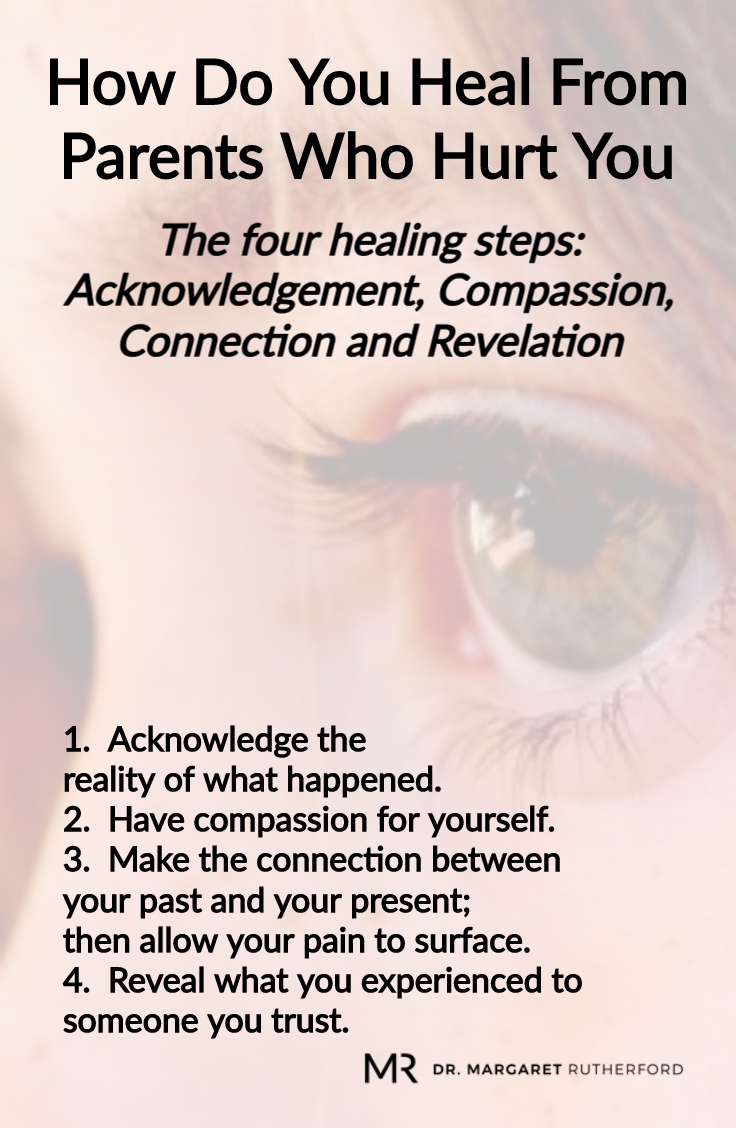 1) Acknowledge the reality of what happened.

Acknowledgement means allowing yourself to realize how growing up within your circumstances, both good and bad, affected you. Staying in a place of denial or discounting the impact of an abusive or neglectful home will only keep you emotionally stuck, which in turn makes it much more likely to act out the consequences of it.

2) Have compassion for yourself.

If a child ran up to you, and had a bleeding gash in his arm, you wouldn’t say, “Just be glad it’s not broken.” You’d help them stop the bleeding and give them comfort.

That’s what compassion is; seeing pain, having empathy for what’s causing it, and then trying to do something about it. You can do that for yourself. It’s not self-self-pity, it’s not wallowing, it’s not “living in the past.” In fact, having compassion for yourself is exactly what’s likely to lead you to more quickly move on and not wallow at all.

3) Make the connection between your past and your present; then allow your pain to surface.

This is harder than it sounds. James came back the next session and said, “I never thought I’d cry in front of someone. But I feel better.”

Feeling all of your emotions can be tough. You may be totally walled off from painful emotions. You may tell yourself that it’s not enjoyable to feel sad or angry, or you may actually fear feeling pain. You may have become accustomed to either not feeling anything, or staying stuck in one emotion or the other. Perhaps you’re more comfortable with anger, and everything makes you mad…or you remain afraid, and worry all the time.

Risking change – risking feeling something that’s been denied can be scary, but very rewarding. But as Terrance Real says in his book, I Don’t Want to Talk About It, ‘”If you don’t feel it, you live it.”

4) Reveal what you experienced to someone you trust.

Learning how to soothe your own emotional pain gives you safety that perhaps you never had as a child. Don’t forget that there are people who want to understand and help you.

Whether it’s your partner, a good friend, or a therapist, there’s someone who’ll be willing to listen — but only if you reach out.