How A Woman Feels Around A Harvey Weinstein 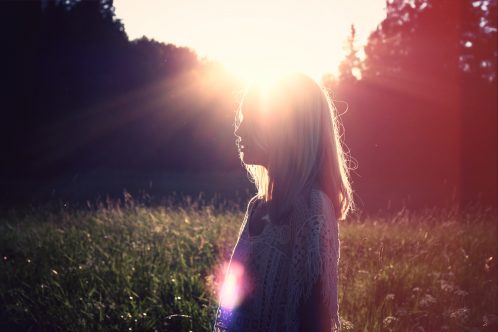 I’ve never met Harvey Weinstein. Nor am I likely to do so in this lifetime.

If you haven’t heard his name in the last few months, you’ve been under the aforesaid rock. He’s been allegedly accused by multiple women of sexual assault or harassment.

Most, if not all women have met a Harvey Weinstein.

I was working at the Fairmount Hotel in Dallas in their elegant lobby bar —  the Pyramid Lounge. It was 1984, and I was 29 years old. I was the lead vocalist for my own jazz group, where we played six nights a week.

One afternoon, I was called by a bigwig who ran the place that a very important man in the  Fairmount world would be in town that night. I remember naively thinking, “And how does that affect me?” But I smiled, and said I’d enjoy meeting him.

When he arrived at the bar later that night, he bought me a glass of wine, and asked me to dance. He was fairly short, probably in his sixties. The guys in the band later told me that I looked like a sheep going to slaughter, but they didn’t know what was wrong. He held me far too closely, and whispered in my ear an invitation that made the back of my neck crawl. He was physically strong, as I did my best to not react to what I could feel against my leg.

I felt paralyzed. I didn’t know what to say or do. I made some kind of response, that I don’t even remember, and stated I had to go back to singing. He stared at me, mockingly, and went back to his table.

I left the hotel as quickly as I could after the night was done, darting quick looks over my shoulder as I got in my car. I felt dirty. Used. I was embarrassed that I hadn’t said something more assertive, more Gloria Steinem-ish — mad that I hadn’t reacted like Sharon Gless on Cagney and Lacey — sure of myself, in his face.

I found out the next week that my contract with the Fairmount wasn’t being renewed.

A couple of months later, the soon-to-be infamous Gennifer Flowers took my place. No insinuations. Yet, looking back, it seems ironic.

What happened to me in that moment has obviously not been forgotten. The sudden unmasking of, “You think something is what it seems, and then it’s very much not what it seems” jarred my sense of personal identity and even safety.

I wasn’t “Margaret Robinson.” I was two breasts and a vagina. And young.

What if that man had offered me something I desperately wanted? That perhaps I had worked hard for years to attain? What would I be willing to say or do in that moment?

Perhaps we all think we would, of course, stand up for ourselves. We as women (or as a man who’s being sexually objectified) wouldn’t allow such demeaning behavior to occur.

That sounds good, but isn’t always reality. I’ve listened for years to people who reveal, “I always thought I knew what I would do if this happened. Now I realize I didn’t know at all. I’m the person who I used to judge.”

How did all the women that Harvey Weinstein allegedly assault react?  Perhaps some of them responded by fighting, or resisting — saying no. Perhaps some froze.

And perhaps some acquiesced.

There are four major ways we react to danger, although most people only talk about the first two. “Fight or flight.” We gear up for a battle in that moment or we literally run away. But there are two more that can occur when a more active stance isn’t seen as possible. “Freeze (we get scared stiff)  or fold (collapse),”

What determines what you do? Mainly your history — how much abuse or trauma you’ve had in your life. But remember — your reaction is based on how your brain assesses the situation, how you comprehend what’s happening to you.

If you have a history of abuse of any kind, it changes your reaction.

When you’re totally surprised or even shocked by a sexual approach, when you feel physically or emotionally overpowered, when fleeing or fighting doesn’t seem possible, you can easily (and in physically dangerous attacks — wisely) become still. Invisible. Frozen.

I haven’t always responded like I did on that dance floor. There’ve been other times that lurid unwanted comments of what some man could “do for me” have been made, which I’ve either intentionally ignored or rebuked — depending on the circumstance. Catcalls from strangers – very common and irritating, at least in my youth. The divorce lawyer who had more in mind than a divorce was another. That one I staved off pretty forcefully. Even now, guys leave stupid Facebook messages that ridiculously infer that I’d want to “get to know them.”

I’m very lucky. I’ve never been sexually assaulted. Far too many women (and men) have.

This isn’t a man-bashing post. There are many men who would never cross that boundary, and hate that others do. Thank you to the men who stand with women, who run 5K’s to raise money for domestic violence shelters, overhear another guy sexualizing a female coworker and confront, or who love their daughters well and empower them as people.

For those men who hear about a Harvey Weinstein and make jokes at the women’s expense?

They’re simply showing how insecure they truly are — that their own worth relies on demeaning someone else, maybe even an entire gender.

For women (or men) who’ve frozen or folded? It’s not your fault. It’s a common reaction.

The shame belongs to your perpetrator. Not you.

Let go of it if you feel it. Get angry instead. Place the shame where it belongs.

On the Harvey Weinstein’s of the world.

If you’ve been the victim of sexual assault. there are people you can talk to, who will try to help. Just click here for the RAINN Sexual Assault Hotline.

I'm thrilled to announce my new podcast has earned almost three and a half million downloads! Join thousands of subscribers and tune into SelfWork. It's available here on the website under the tag "SelfWork"  and for subscription on iTunes. We talk about similar things as here, but go even further in-depth. Hope you'll join those who listen weekly!

Healthline has named SelfWork the Best Overall Podcast for Depression in 2022!