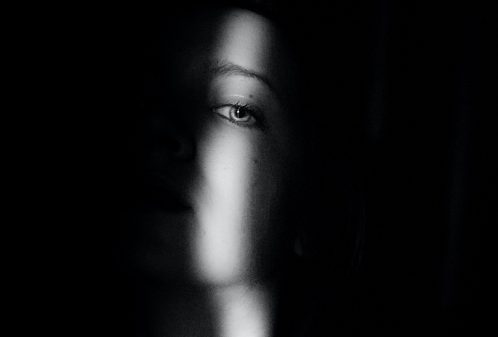 Abuse holds so much more sadness and hurt than the wounds that occur due to shoves, slaps or physical blows.

Debbie sat, quietly crying in my office, “I don’t think I should’ve left. The boys miss him. They blame me for the divorce.”

She’d been the wife of a very popular and well-liked coach…and a victim of constant, pounding verbal and emotional abuse.

It had been a little over two years since Debbie’s chaotic divorce. She and her two boys were living in a garage apartment behind her parents’ home. Her ex made noise about wanting the children, but had not fought for custody. When they met to exchange the boys, he barely spoke to her as he greeted the kids with hugs. She was working full-time at a small insurance agency, whereas before she’d only worked part-time.. He’d gotten on Match and Tinder even before the divorce was final and now his Facebook account was full of pictures of his arm around a new woman.

Debbie was lonely, sh’ed gained wait. She was fighting off depression.

She tearfully wondered, “Maybe it wasn’t all that bad. It’s not like he hit me.”

Todd was a man in his early 50’s who worked in administration at the local University. He was a quiet guy, gentle in his demeanor. He’d been married for over 30 years.

“We married young and I loved her so much; I still do in a way. I don’t want to leave – we’ve been through so much with the kids and we’ve done a decent job. But I get so tired of her screaming at me. I do everything wrong. She has to be in control. I don’t know what’s happened to her over the years. I get mad back sometimes, but it does no good.”

He looked up, a little ashamed, “One time she slapped me.”

Abby was a well-put-together woman in her early 40’s. A junior executive at a huge corporation, she was a rising star. She’d recently separated from her husband, and was getting a divorce. They had no children.

She was outfitting her own apartment, something she’d never done, as she moved straight from her parents’ home into one with her husband. One day she went to Pier One to buy pillows, “I got in the store, and realized I had no clue what I liked any more; I bought all three colors because I couldn’t choose. For ten years, I’ve been told that my taste was terrible. He wouldn’t like what clothes I had on and would make me change outfits until he approved. He often said what I cooked wasn’t worth eating and would throw food at me. If I did shop and find something that I liked, when I brought it home he would talk badly about it, and usually would make me take it back. I gave up trusting myself.”

‘He didn’t hit me, but he would hold my arm behind my back or push me up against a wall. He would get in my face and mock me when I would try to get away.”

And then slowly, with a new look of sadness in her eyes, “He would make me have sex, when I didn’t want to. I’d just lie there until it was over.”

But the damage is very real.

October is Domestic Violence Awareness Month. There are far too many people who are far too aware of violence at home, every day of their lives. 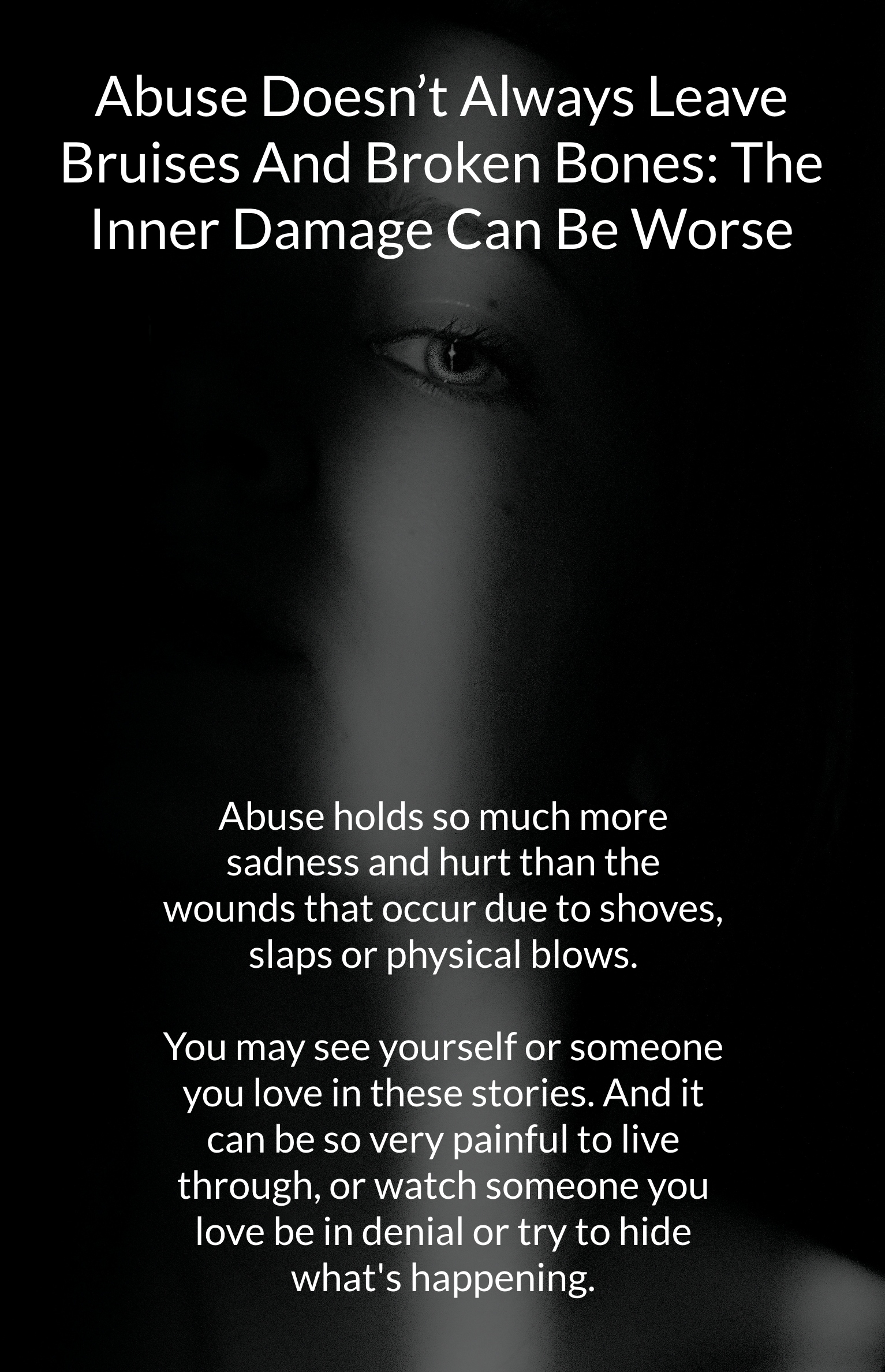 And there are sometimes children, who are watching the screaming and contempt; they are learning by the actions of those around them.

Yet sometimes, emotional abuse is harder to understand. Here’s what happened in therapy – when Debbie, Todd and Abby were my own patients.

I asked Debbie to invite her girlfriends over for a night when the kids were gone. Her assignment? To ask them what they remembered about the abusive events that had actually gone on behind closed doors. She returned with a four-page list, and tears of recognition and relief, “I’d forgotten so much of this. I needed to forget at the time- but now, I also need to remember.”

She needed to grieve. First – that her marriage had ended and it would take time for her children to adjust. Second – that her ex might not be capable of, or ever want to get, emotional closure with her, so they could parent well together. And then, she needed to choose how to better care for her self.

Todd’s work was to learn to respond (and not react)  to the deep insecurity and emotional instability his wife apparently was suffering, which can surface as a rigid need for control. He needed to assert himself more and draw boundaries about what was acceptable. Both had become demoralized, trying to keep their now adult children away from drugs. The kids were finally getting their act together, but it had been extremely rough going.

So we worked on building more of a life for the two of them, while at the same time, he needed to look more closely at the option of leaving, if indeed, she was unable or unwilling to change along with him.

Her first assignment was to decide what color pillow she liked and take the rest back.

The grieving she faced was immense. She worked on letting go of many demeaning messages that she’d absorbed, while also rediscovering her own sense of self and value. Moreover, we spent a lot of time working through sexual abuse that occurred within her marriage. This can be tough, because often it is shrouded in confusion and secrecy. Abby was at times unsure whether she should even call it “abuse.”

Let’s be clear. Having sex as a gift? Maybe you’re not quite in the mood, but you do it anyway because you love your partner and bringing them pleasure is something you want to do? That’s fine.

Some of you who are reading this are in relationships just like the above. I have a recent podcast on what’s termed trauma bonds and how they are very difficult to leave. And a post on my own experience of how difficult it is to leave, which I invite you to read as well. You can get help, and sometimes the relationship can get better.

Please talk to someone who will not judge, but can offer support and and objective perspective.

October is Domestic Violence Awareness Month. Domestic violence shelters usually run groups that are open to the public. Find out the number for the shelter in your area. Call and attend a group. If you can’t do that, call the local abuse hotline or the National Abuse Hotline, 1-800-799-SAFE.

Photo by Bianca Salgado from Pexels.