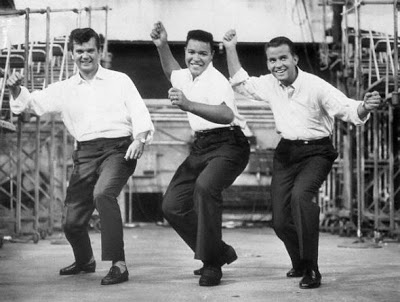 Yesterday I spent almost three hours with my marketing person going over the BlogHer 2013 Conference materials.  The conference is in Chicago in late July and I am going.  My first bloggers conference.  And okay, yes, I have a marketing person.  It’s embarrassing.  Say hello to Jeannette, my marketing and everything else person.  I would never have known how to provide you with a link – heck I didn’t even know what a “link” or a “widget” was until Jeannette came into the picture!  For example, she informed me yesterday what those hash tag things mean on Twitter!  I have been doing it because everybody else does them, but had no real clue what I was doing!  I thought they were just supposed to be little funny cute things, phrases that would get people’s attention.  Not true organizers of information!   So #BlogHer13.  #nestache.  Now I know.

I guess I am still acting like I did when I was a teenager.  We had this place called Teen Town where we all would go at night and dance.  I would be out on the dance floor, unsure of what I was doing, so I would mimic others.  Probably trying to look cool and pull off the latest craze,  the Twist, the Monster Mash, or the Swim.  My best friend at the time, Tommie Sue (a great Southern name) would pull me into the bathroom, chide me a bit. “Stop dancing like the person next to you!  It looks stupid!”.  She was looking after me.  I was a copy cat because I couldn’t dance worth a flip.  I am sure it did look ridiculous, me being a mirror image of some poor soul out there Mashing it up.  So that’s what I have been doing with hash tags.  Copying others or thinking I was copying others. I don’t even know if “hash tag” is one word or not!  Maybe one of you will tell me… Maybe I should look that up…  I really should grow up.

So we were slogging our way through these BlogHer materials – three days of seminars and get togethers.  Trying to find the ones that I would benefit from the most.  Then I heard the dreaded words.  “Networking”.  I was supposed to “network”.

There is a reason I sit alone in a room, seeing one or two people at a time.  I don’t even have a secretary during the day.

I get overstimulated in Walmart.  My head swims at Lowe’s because of the lights and the busy-ness of things.  If I have to wait for paint to be mixed, I nearly have a panic attack.   Jeannette read aloud that 5000 people attended the conference last year.  Oh no.  I am doomed.

We ordered business cards with the NestAche logo on them that I am going to hand out to all 5000 attendees I guess and I swallow hard.  I will network and be happy about it.  Introspective as I am at times, I can be friendly.  Crowds are just hard and I will have to buck up.  Plus, I am leaving Rob while he is home for the summer for this, so it must be important to me.  That’s actually kind of amazing when I think about it.  Last August, when I was sobbing in his car the first day he was gone, I don’t think I would have imagined making the choice to run off to Chicago to learn more about blogging if I could spend time with him.  I guess a little balance has entered my life after all.

The summer is whizzing by.   Rob got two notices this week from his college about money needed for this and that.  Deadlines announced.  So the anticipation of his departure is beginning.  I suddenly flash on the scene in “The Wizard of Oz” when the Wicked Witch of the West leaves poor little Dorothy and her dog Toto behind the locked castle gate, with the hour glass’s sand inevitably running out.  I am a planner, so we are already talking about doing things way past the time that he will be gone – things that don’t include him.  We just had a conversation about his last day of work here in Fayetteville and when he is going to leave for Nashville and Vandy.  I am trying to stay in the moment and keep enjoying every day we have together, not stare at the hour glass inconsolably.  What a waste that would be!

I was reminded last night of what I miss about him being home.  It was just a little thing.  I was announcing from the back seat as we were all in the car going to dinner, that July 12th would have been my parents’ 66th wedding anniversary, were they living.  I would always call them and make the same joke, “Glad you made me legitimate”, ha ha.  Neither husband nor son said anything and we kept driving.  But from around the front seat to the back came Rob’s hand to give mine a squeeze.  Some day, some woman is going to be lucky in my opinion. 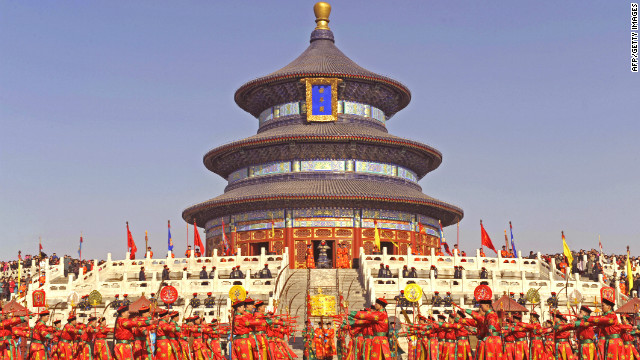 Beijing’s Temple of Heaven. A sight on the list of “To See’s”!

It’s just going to be him and his Dad that travel to Nashville for the move into the dorm room.  No lugging TV’s or refrigerators up the stairs for me this year.  I have seen the dorm where he will be living and have met his roommates, so will be able to imagine it all.  Because, believe it or not, I am headed to China.  I can’t really believe it myself.  I have an incredible niece that is getting her Ph.D. in religious studies from the University of Virginia, speaks fluent Chinese, has traveled and studied in China before and is now there for an entire year.  I could not pass up this opportunity of a lifetime!  I am flying to Beijing on August 15th.  She is arranging all kinds of adventures for me and my nephew who will also be there, and I am trying to read and learn about Chinese history and culture.  I am almost totally ignorant on the subject so there is just a big space where knowledge should be.  I will have a lot to blog about I am sure!  I had my Tetanus and Hepatitis shots the other day, have to take pills to ward off typhoid, will take meds with me for all kinds of stomach ailments, but off I will go.

So I will wave good-bye to husband and son as they depart from home, have what will probably be another good cry, and get packed for China.  Not a bad way to get your mind off of things. Boy, do I ever feel blessed.

Maybe I will learn a Chinese dance or two.  If I watch carefully enough.

And maybe I will have a few of those business cards left.  Wonder if anyone in China blogs?  Or has NestAche?  Networking is vital, you know.

If you read and enjoy, please send on!  Thanks for reading!!!