After the Bowl: What Happens to My Marriage After Football 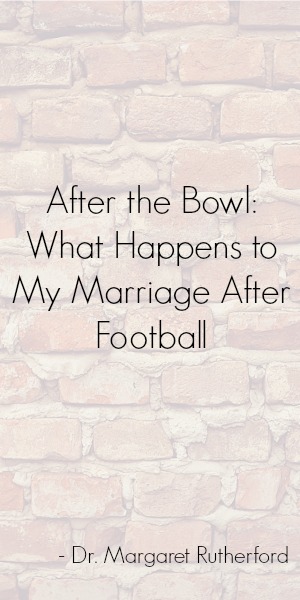 It’s over.  No more “Omaha” being yelled out by Peyton.  Maybe he will pick another town after what happened.

Congrats to the Seahawks.

What are we going to do together now?

I don’t watch basketball on TV.  It’s fun in person but there’s too much sweat and squeaking tennis shoes on the tube.  It’s irritating.

Then there’s the riveting game of golf.  Now that’s fascinating television.   Sit and watch people hit a little ball.    For 4 hours.  1 shot at a time.  While the sportscasters whisper about the shots.  Or some well-wisher screams, “IN THE HOLE!” on some impossible drive that will absolutely  never accomplish that feat.  And they don’t talk to each other.  There’s no tackling or pushing or shoving.  Extra polite.

So how in the world do my husband and I bond after relishing football season? 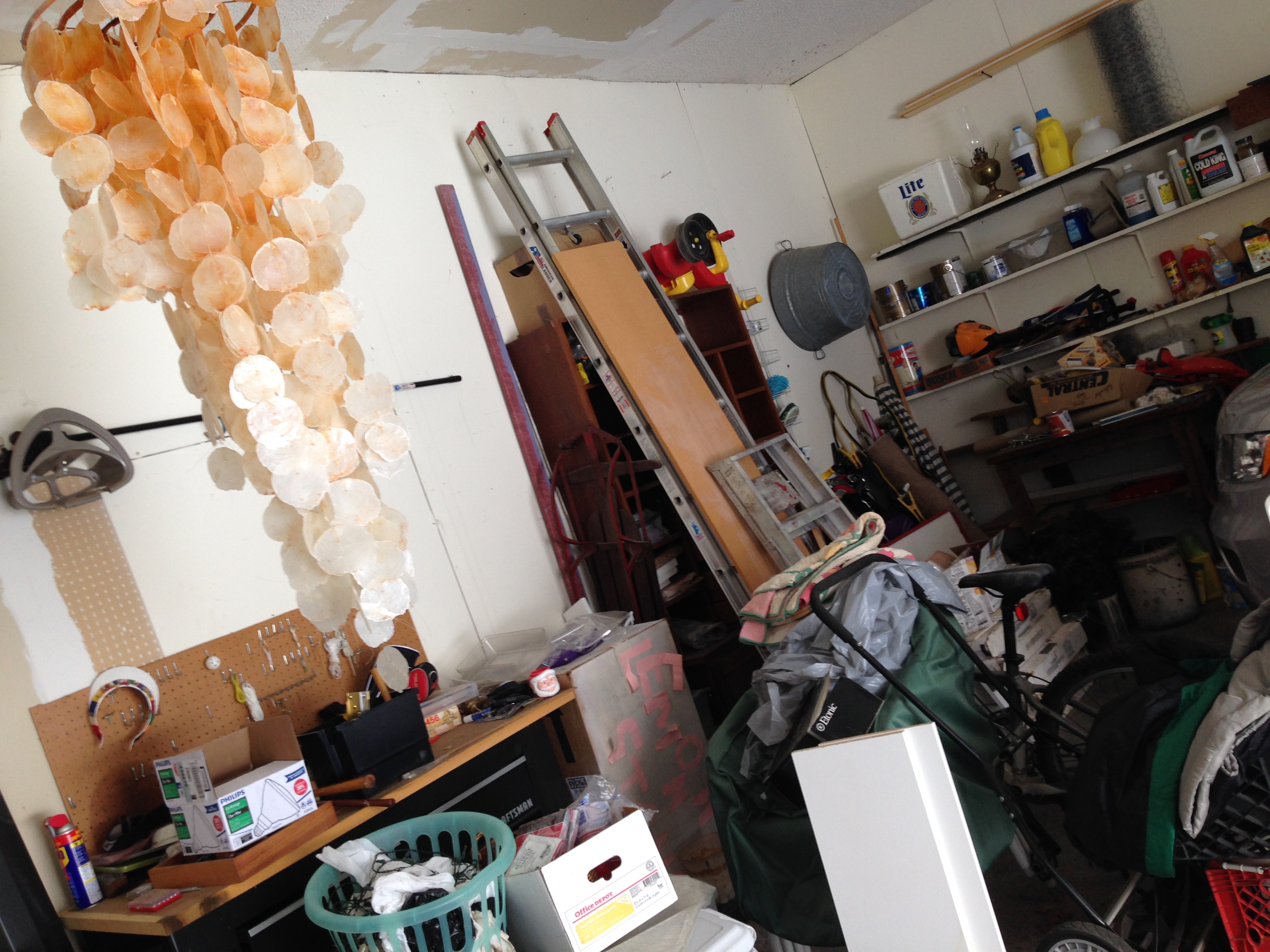 The lemonade stand is in the middle. Of the complete mess. 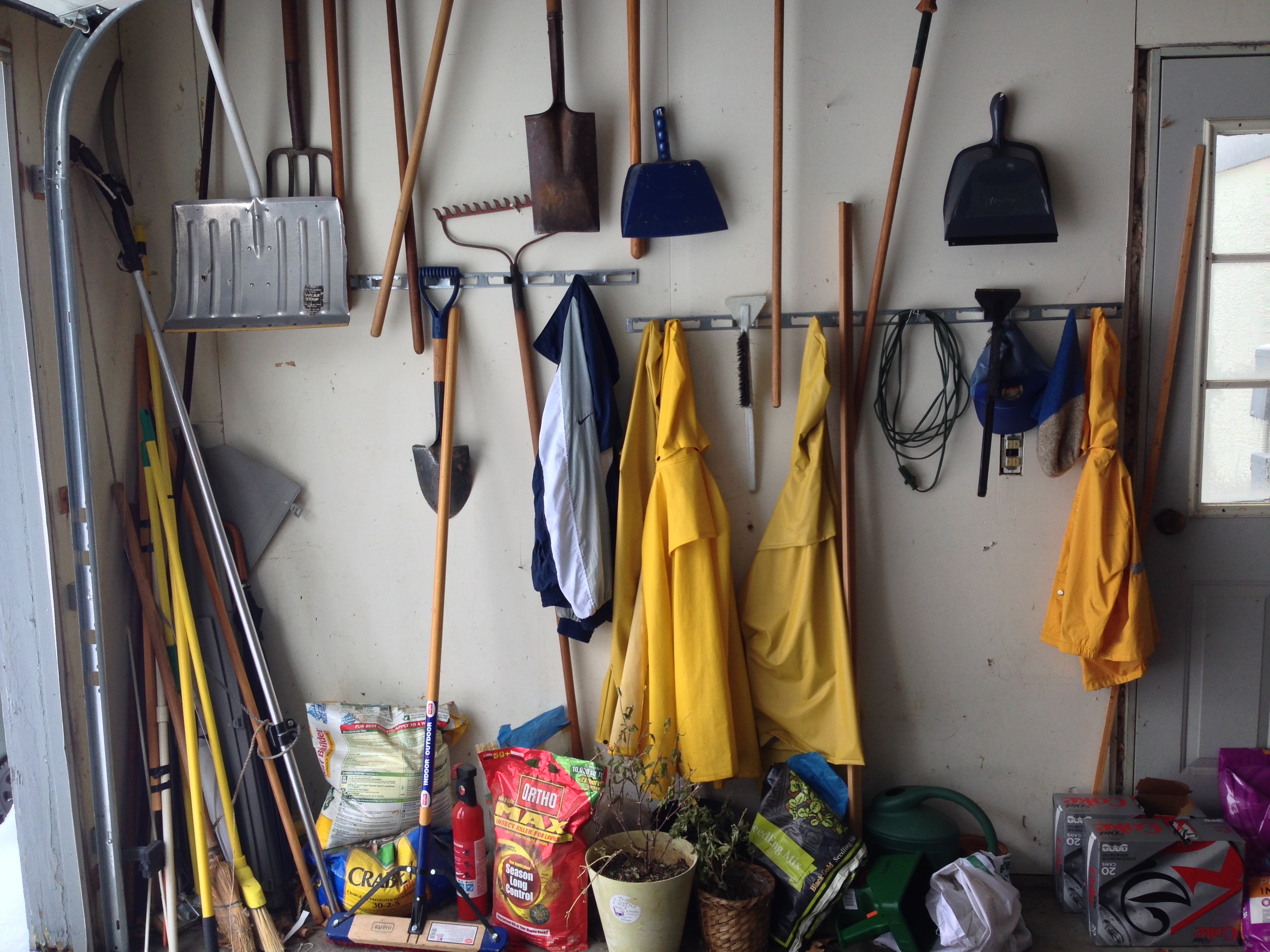 Nobody wears these slickers. Look tidy don’t they?

The garage is my prime candidate.  It has long needed attention.  I finally can’t stand it anymore.

It is always messy.  When we first moved into this house, we, like most people, stored everything in the garage.  A year later, my sister-in-law Debbie came to visit. She is one of those people that always finds something to do.  She started to clean it out.

It was not our cat.  I am relatively certain we would have noticed that.  Must have been some stray cat that sought shelter.

That was 18 years ago.  We have since piled lots of stuff in there.  From time to time, we have straightened it up.  Then, piled more stuff into it.

But I can’t bring myself to throw away my son’s first tricycle.  Or the pink and white cardboard lemonade stand we made with him.

How do you throw away those things?

So my husband and I will have the talk we have repeated over the years.  He will say, “We should really throw it away, it’s taking up a lot of room, it’s just junk”.  I will get a tear in my eye.  He will once again, relent.

That’s how we bond.  Through projects.  Things we care about.  We work on our home – our lives – our memories – our future.  Together.

A few projects later, spring will lead to summer.

And ta-da-da-da… the start of preseason football.

Send this on to someone who needs a laugh or maybe whose garage you have peeked into!  And as always, thank you for reading!