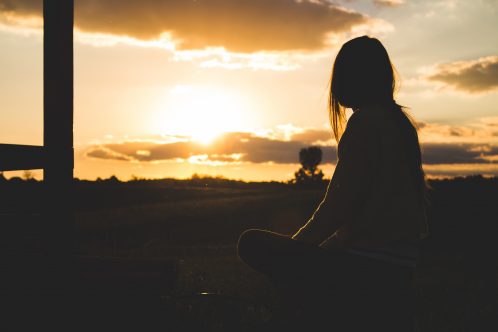 That word gets thrown around a good deal these days to describe someone who’s self-absorbed, highly confident, or abrasive. But what is a true narcissist? And what are the troublesome dynamics if you love a narcissist?

(The pronoun “he” is used due to the fact that the majority of people with NPD are men; however, it would be noted that women can also be highly narcissistic.)

He displays a terribly inflated ego or sense of importance and seems to believe the world should revolve around him; he can be impatient, critical, and lacking in empathy. He blames you for all problems despite your repeated attempts to prove otherwise, and can accuse you of maliciously plotting against him. He may frequently threaten to cut you off, and might even follow through at some point. And perhaps the worst — he makes you question your very sanity or logic, tending instead to undermine the way you see or remember things. It’s called “gaslighting” and narcissists do it on a regular basis. It’s a way he can stay in control.

When these dynamics are part of someone’s relationships with almost everyone their life touches, it’s termed Narcissistic Personality Disorder.

Yet not all all jerks are narcissists…

Just because someone is a selfish jerk doesn’t mean he’s a narcissist.

But the confusing thing is that you may not know how he treats others. You simply know how you feel. With a true narcissist, when the light of his approval and love is on you, like you’re sharing a spotlight on a stage, you’re ecstatic. But when his need to search out and receive affirmation from others because of an intense, albeit unseen insecurity, you’re left totally in the dark – and told you’re too needy or it’s your fault.

So what could mimic narcissism?

Please know that abuse is still abuse, no matter what the reason. You can get stuck trying to “understand” and even excuse the abuse. You think you’re being compassionate but in order for the abuse to end, the abuser themselves has to accept he has a problem. That’s not going to happen with true narcissism — and sadly may not with the other issues listed above, either.

So what can you do if you love a narcissist?

1) Don’t get stuck arguing with him about how you are a good person. You want him to understand that you want to love him well, but detachment and non-emotional engagement is the only way to effectively communicate with him.

You aren’t going to win any battle with him; he’ll never allow that. The answer is to disengage from the battles that have more than likely been raging between the two of you; perhaps a quiet one on your part, but ongoing nonetheless. 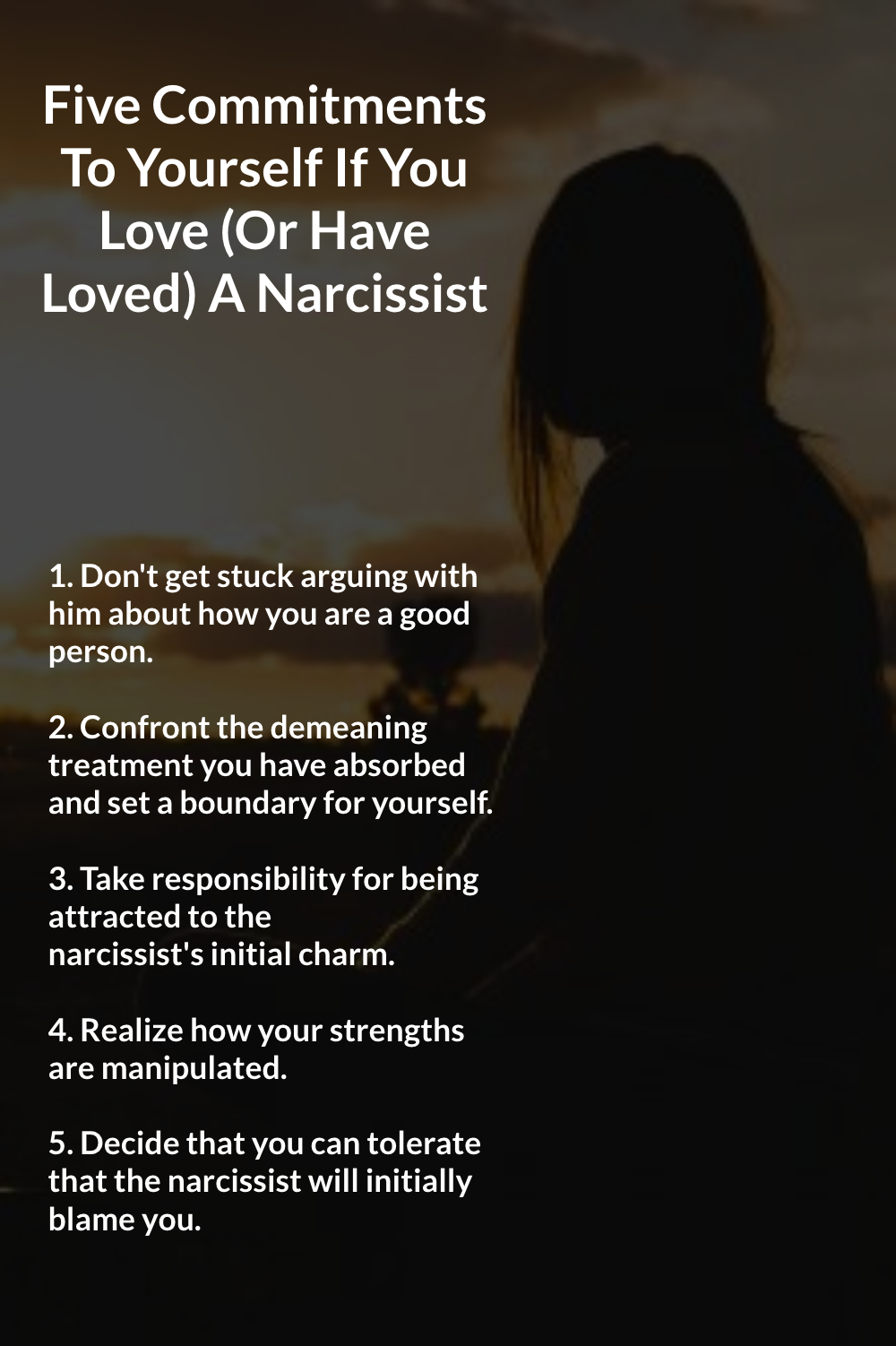 2) Confront the demeaning treatment you have absorbed and set a boundary for yourself.

Challenge the validity of words he has called you; not to him directly, but within yourself. You may have internalized far more than you realized. If you are depressed, seek professional help.

You can learn how to structure your communication with him so if and when he becomes abusive, you can set a boundary that you’re not going to accept his bad behavior. You can decide your own limits of what you’ll be around for — and what you simply will not.

3) Take responsibility for being attracted to the narcissist’s initial charm.

The over-the-top attention you first received somehow swept you up. You didn’t view it as possessiveness and you didn’t see the warning signs that were more than likely there. Maybe that was due to your own shaky sense of worth or maybe because you were tired of being alone.

If you recognize your part of the dynamic, it is more probable you’ll be able to detach from what keeps you stuck.

4)  Realize how your strengths are manipulated.

Often a narcissist will seek out partners who pride themselves on taking responsibility, and who are conscientious and will work hard to please. They seek those who love so deeply they will deny how abusive things are. He will manipulate that and use it against you — if you allow it.

5) Decide that you can tolerate that the narcissist will initially blame you.

You have to learn to not accept the blame and calmly step out of his attempts to do so. Furthermore, the narcissist will often do their best to convince others that you’re the one with the problem, and that everything is your fault. There will be no healthy closure.

If you stay or if you go…

Work on these five commitments to yourself so that you can begin the process of believing in yourself, valuing who you are and what you stand for. If you stay in the relationship, detaching with logic and reason is the answer — avoiding and simply not participating in long, drawn-out emotional battles.

He may not like it, but with enough practice, he’ll hopefully respond.

If you leave, things will likely also get worse for a while. His rage at being called on the carpet can boil over and become ugly. Don’t allow yourself to be drawn into the battles; you won’t convince him of anything. Logic won’t work.

If there are children involved, it’s particularly painful. You’re likely to watch them go through a process where they begin to realize what the narcissistic parent is unwilling, and incapable, of providing. It can be very difficult to watch. It’s highly likely that if you attempt to intervene in their relationship, that will only escalate your past partner’s behavior. The best you can do is to provide steady and consistent support of your child.

It’s hard loving a narcissist. It’s important to remember that he is miserable even though it isn’t evident; and it also doesn’t mean you have to be miserable along with him.

If you see yourself in this post, there is an excellent book, “Disarming the Narcissist”  which might be helpful to you. For anyone experiencing abuse of any kind, the classic “The Battered Woman Syndrome” is a must read.

You can hear more about this and many other topics by listening to my podcast, SelfWork with Dr. Margaret Rutherford. Subscribe to my website and receive my weekly newsletter including a blog post and podcast! If you’d like to join my FaceBook closed group, then click here and answer the membership questions! Welcome!

My new book entitled Perfectly Hidden Depression has been published and you can order here! Its message is specifically for those with a struggle with strong perfectionism which acts to mask underlying emotional pain. But the many self-help techniques described can be used by everyone who chooses to begin to address emotions long hidden away that are clouding and sabotaging your current life. And it’s available in paperback, eBook or as an audiobook!

Now there’s another way to send me a message! You can record by clicking below and ask your question or make a comment. You’ll have 90 seconds to do so and that time goes quickly. By recording, you’re giving SelfWork (and me) permission to use your voice on the podcast. I’ll look forward to hearing from you!